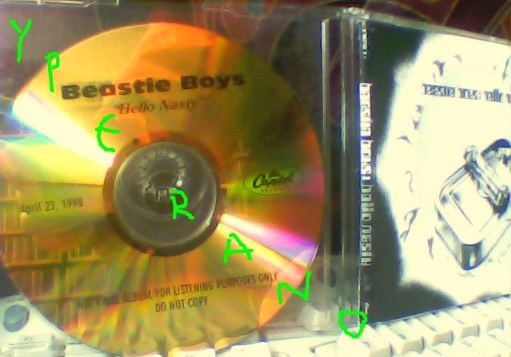 “Intergalactic” is a Grammy-winning song by American hip-hop group the Beastie Boys, released as the first single from their fifth studio album Hello Nasty on May 12, 1998.

“The Negotiation Limerick File” is a song by American hip-hop group the Beastie Boys, released as the third single from their fifth studio album Hello Nasty.  It peaked at #29 on the Billboard Modern Rock Tracks Chart.

Hello Nasty is the fifth studio album by American hip hop group Beastie Boys. It was released on July 14, 1998 by Capitol Records and sold 681,000 copies in its first week, debuting at #1 on the Billboard 200 album sales chart. The album won two awards at the 1999 Grammys, in the categories of Best Alternative Music Album and Best Rap Performance by a Duo or Group for “Intergalactic“.

The title for the album was allegedly inspired by the receptionist of their NY based publicity firm Nasty Little Man who would answer the phone with the greeting “Hello Nasty”. The art cover depicts all three members (Horovitz, Yauch and Diamond from left to right) wrapped in an aluminium sardine tin and getting baked in the sun. The band makes a reference to this in the song “Body Movin’,” in which the lyrics goes, “MCA, where have you been? Packed like sardines in a tin.”

Hello Nasty received mostly positive reviews upon release. Caroline Sullivan, writing for The Guardian, named the album the “Pop CD of the Week” and stated that it “fills a gap created by the current profusion of serious rock bands like Radiohead; elbowing its way up front, [and letting] rip with adolescent vigour.” She went on to summarize the record as “the perfect party soundtrack by the perfect party band.” Select‘s John Harrispraised the Beastie Boys’ lyrics as being as “fantastically off-beam as ever” while at the same time noting that they had “broadened their musical vistas yet further”. Although AllMusic‘s Stephen Thomas Erlewine felt that the album’s ending was “a little anticlimactic”, he also saw Hello Nasty as a progressive step forward from the group’s 1992 LP Check Your Head, and praised the input of the group’s new recruit, Mixmaster Mike; “Hiring DJ Mixmaster Mike turned out to be a masterstroke; he and the Beasties created a sound that strongly recalls the spare electronic funk of the early ’80s, but spiked with the samples and post-modern absurdist wit that have become their trademarks.”  In his review for Entertainment Weekly, David Browne highlighted the album’s multi-genre sound, along with the group’s use of a wide range of musical styles, as its most engaging aspect

Hello Nasty is a sonic smorgasbord in which the Beasties gorge themselves with reckless abandon. They dabble in lounge-pop kitsch (the loser put-down Song for the Man), make like a summit of Santana and Traffic (the Latin-flavored “Song for Junior”), and subtly incorporate a drum-and-bass shuffle into the mix (“Flowin’ Prose”). The melange makes for a looser, more free-spirited record than their earlier albums; the music invites you in, rather than threatening to shut you out 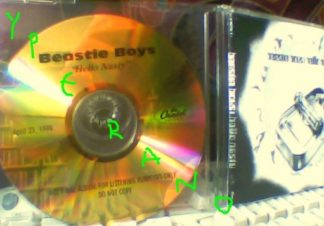