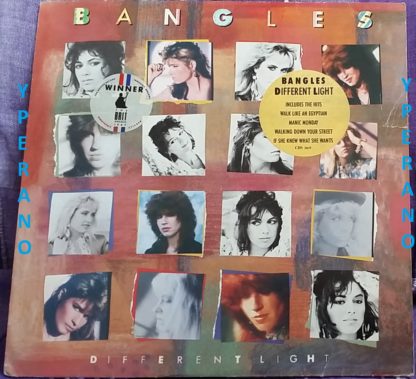 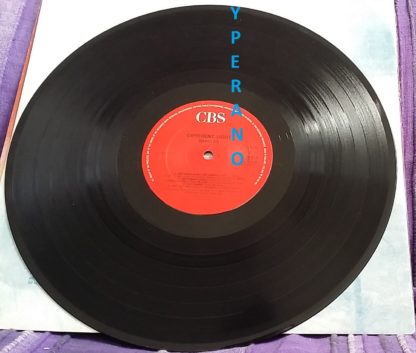 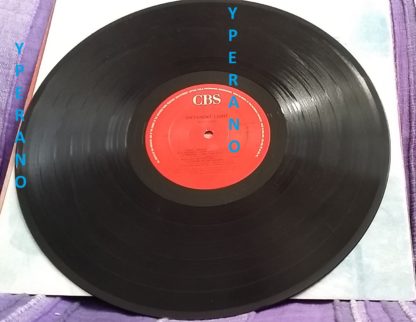 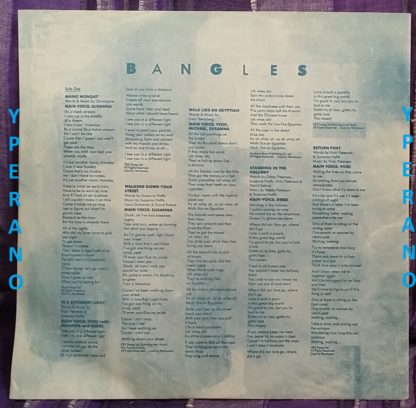 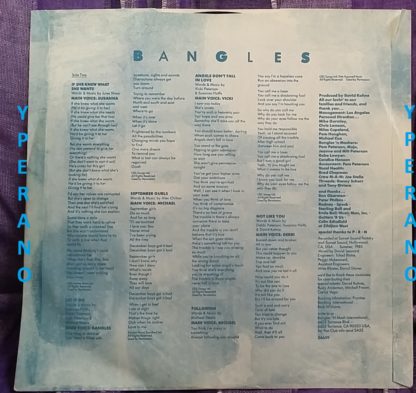 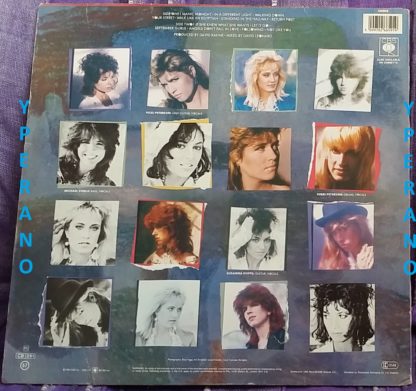 Bangles: different light LP 1986. Their best known with 6 Top hits. Check videos “Walk Like an Egyptian”, “Manic Monday”,”If She Knew What She Wants”, “Walking Down Your Street”.

Different Light is an album by The Bangles released in January 1986. It is their best known album, with a Top 5 hit single and a No. 1 hit. The albums Top 40 sound was a departure from their earlier 60s-style sound. This was the first album in which bassist Michael Steele sings lead vocals on some tracks.
Three of five singles were written by someone other than The Bangles: “Manic Monday” (written by Prince under the pseudonym Christopher),”If She Knew What She Wants” and “Walk Like an Egyptian”. The other two singles were “Following” and “Walking Down Your Street”. 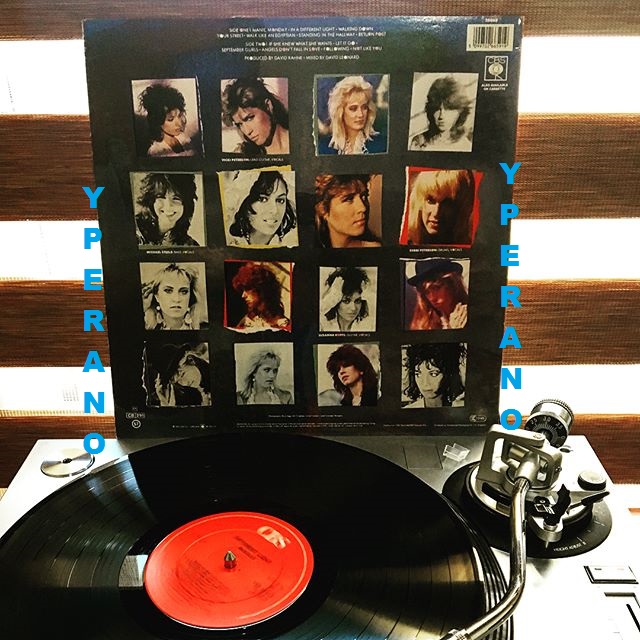 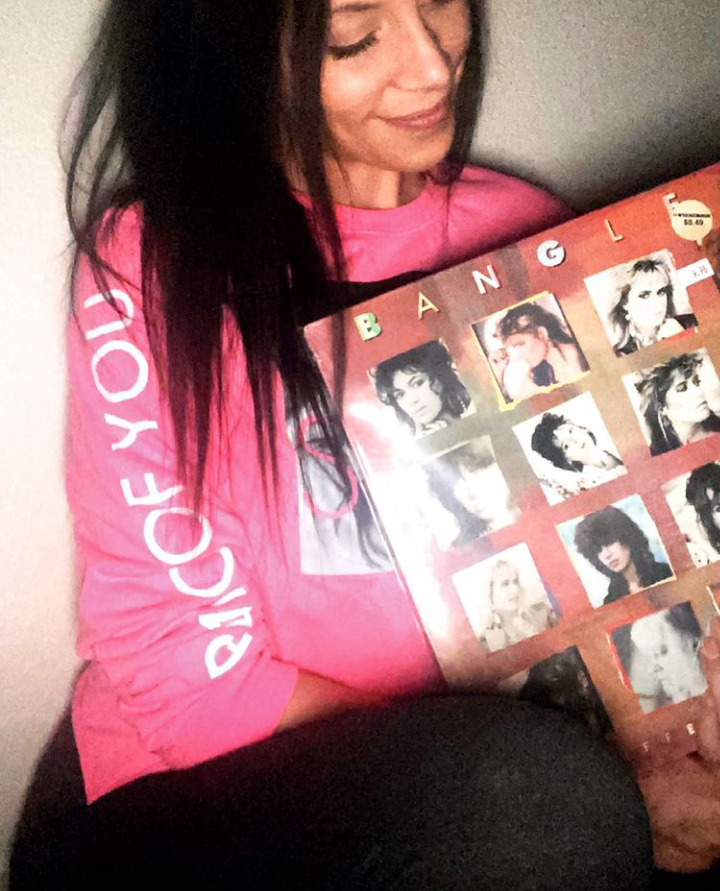 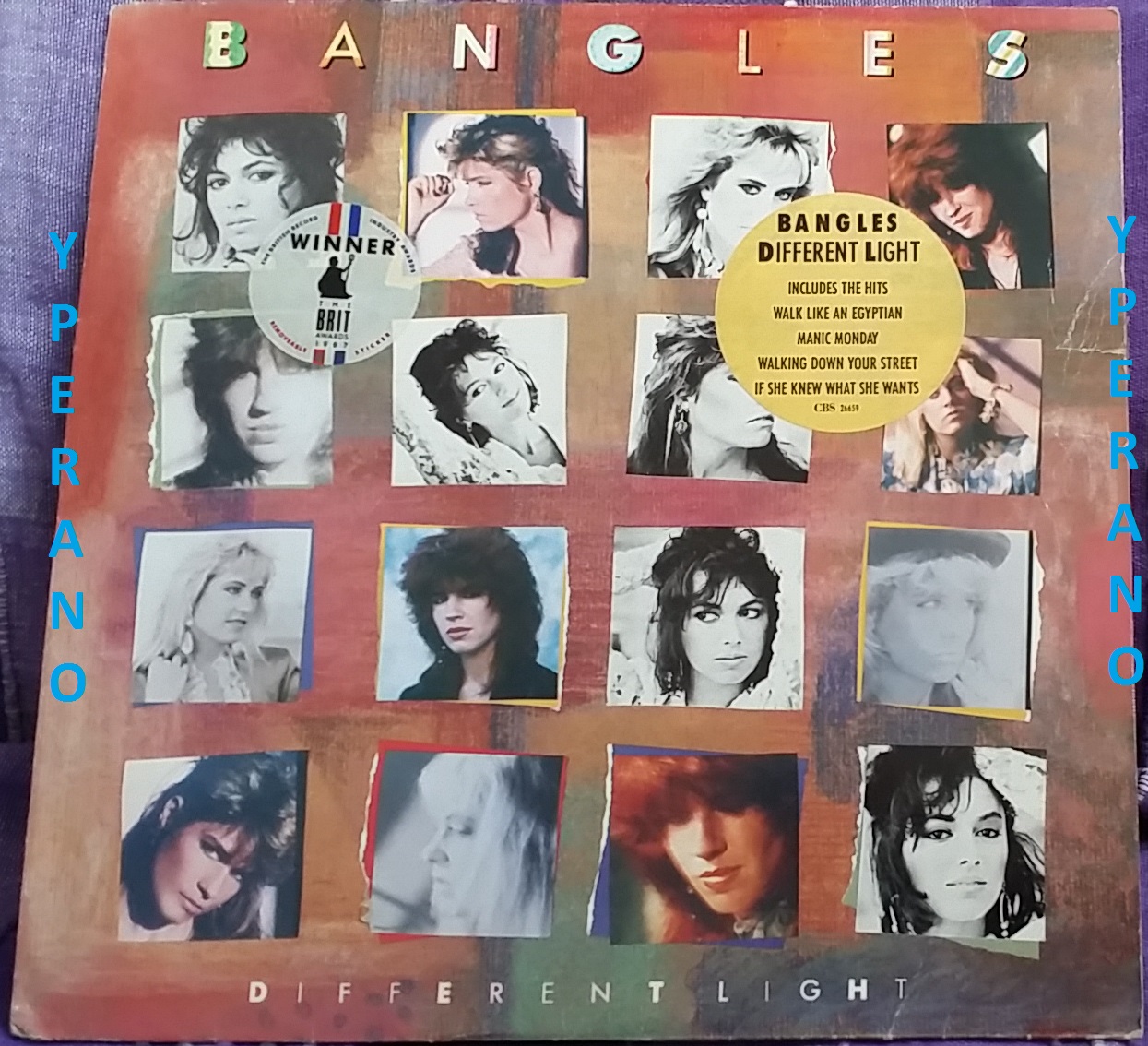 Singles:
“Manic Monday”
Released 1986
Writer(s) Christopher
Producer(s) David Kahne
Main article: Manic Monday
“Manic Monday” was the first hit single from Different Light by the girl group The Bangles. It was written by Prince in 1984 as a duet for the Apollonia 6 album.
Chart positions
#2 US (April 1986)
#2 UK (February 1986) 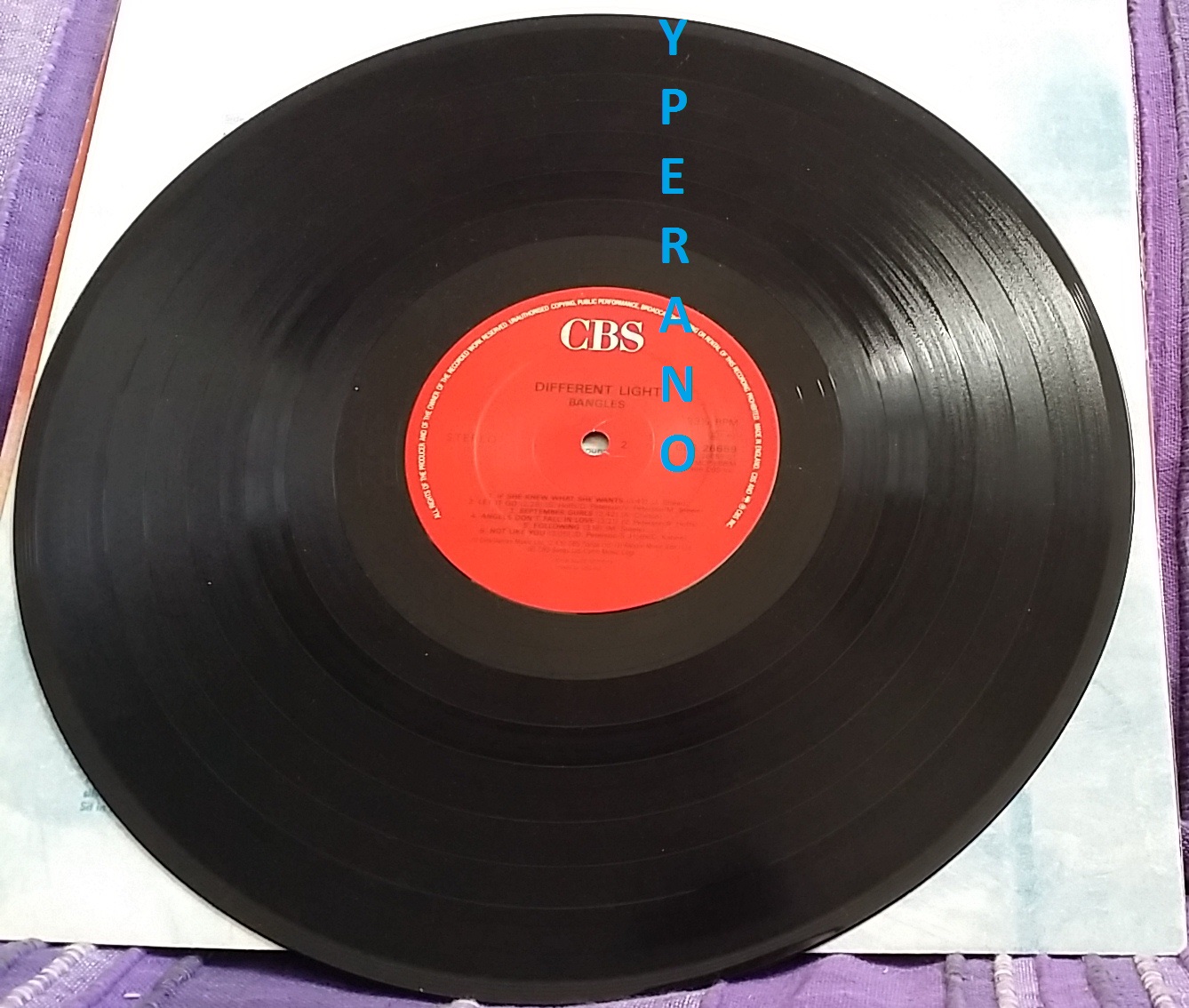 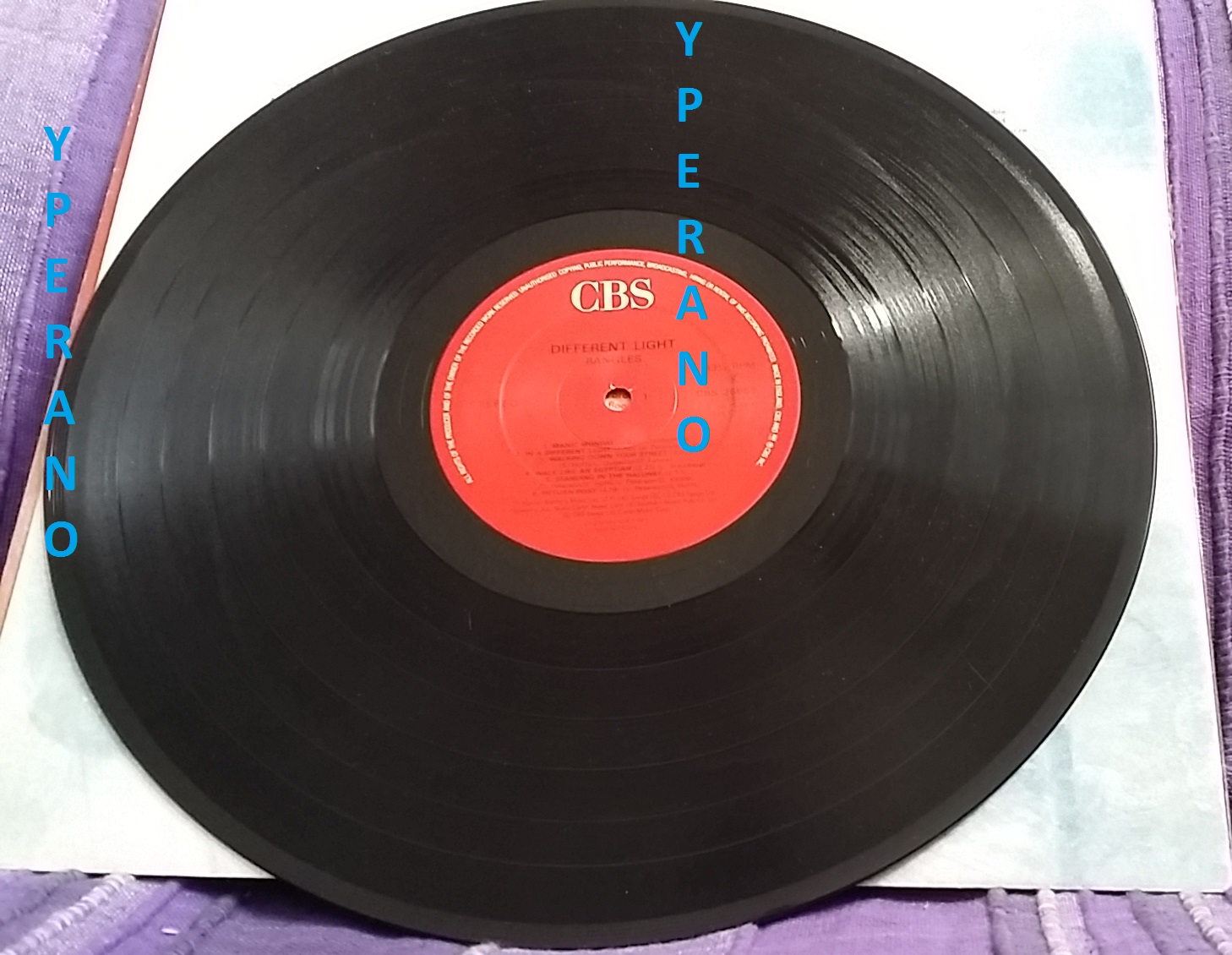 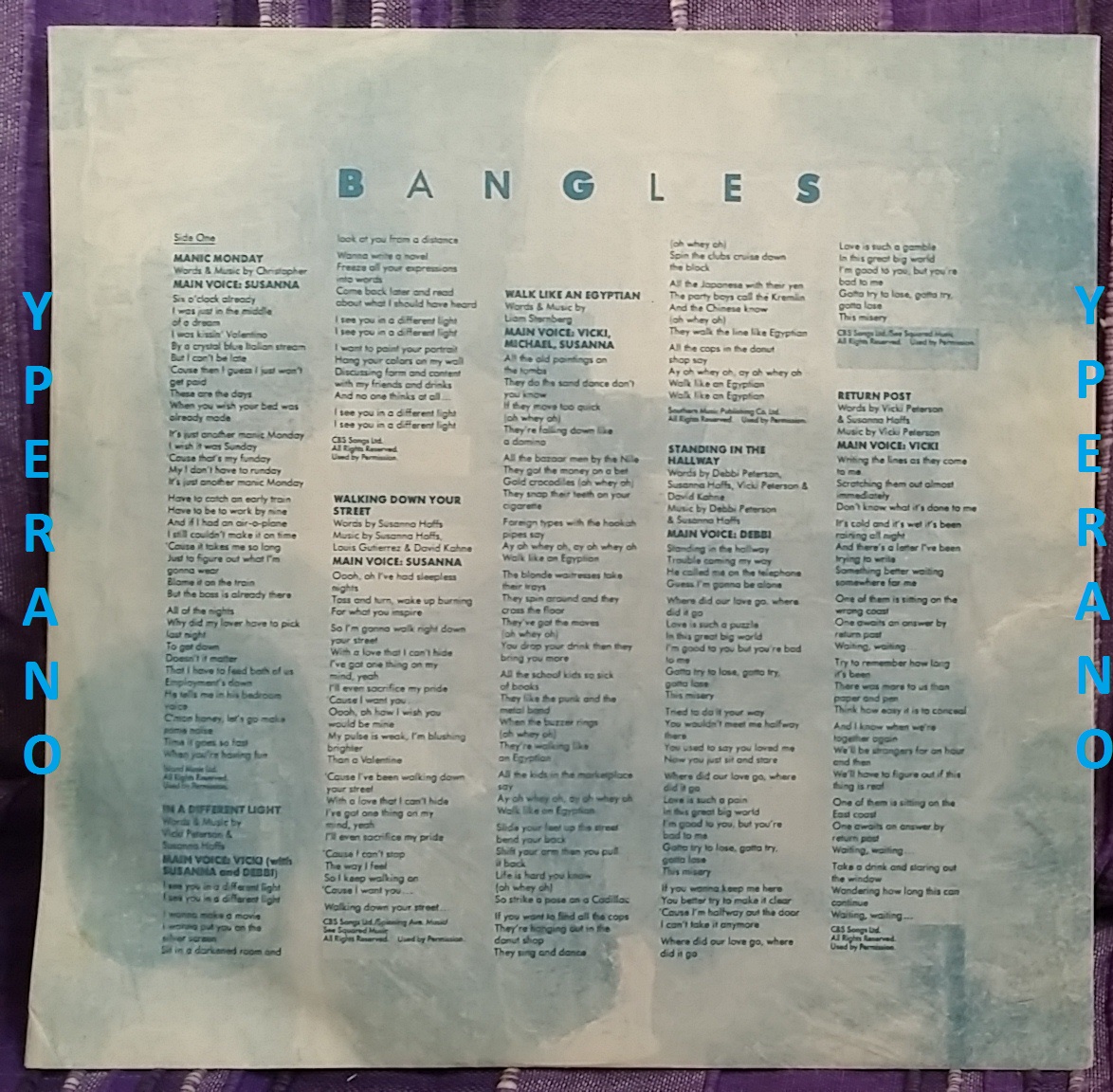 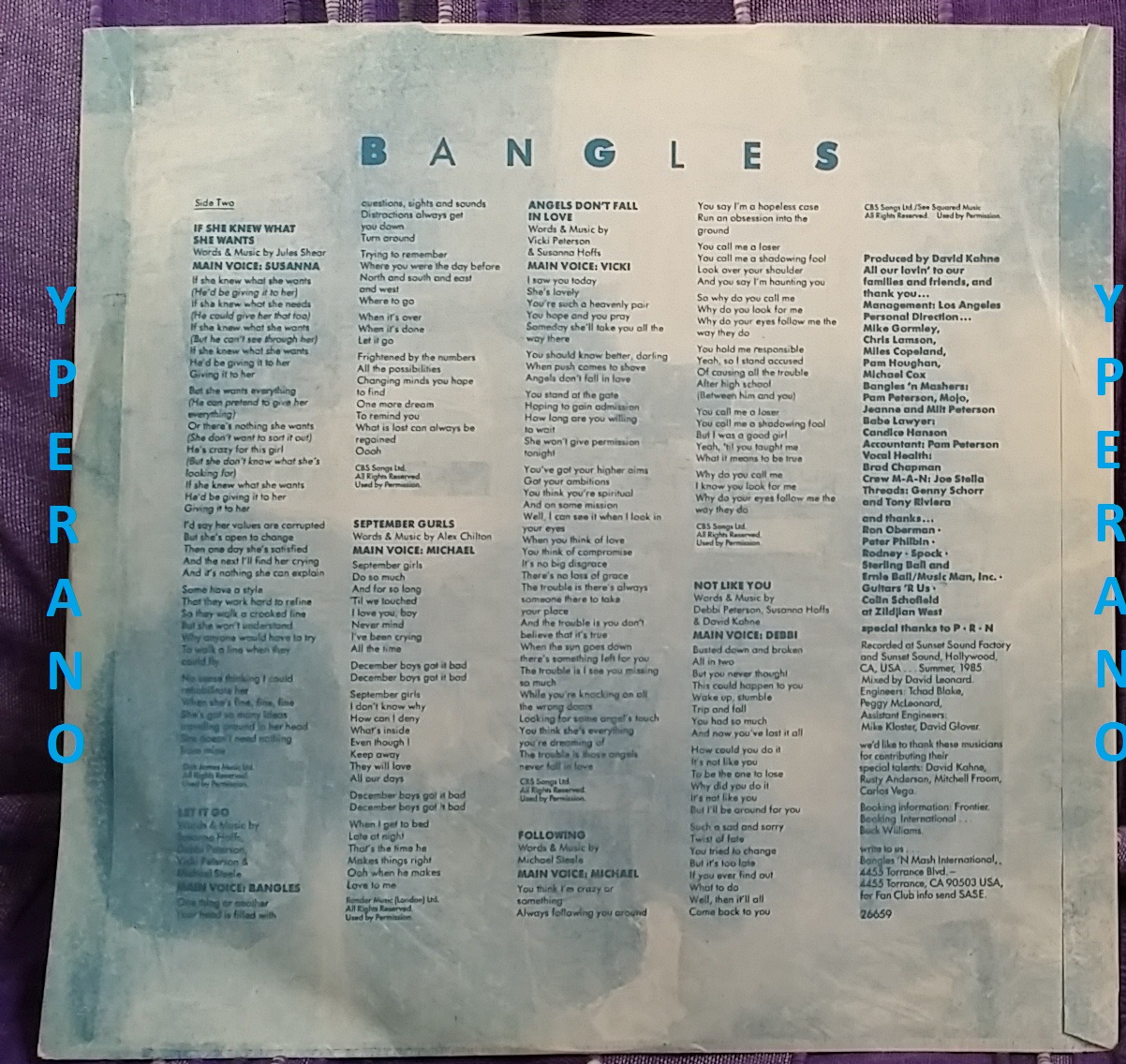 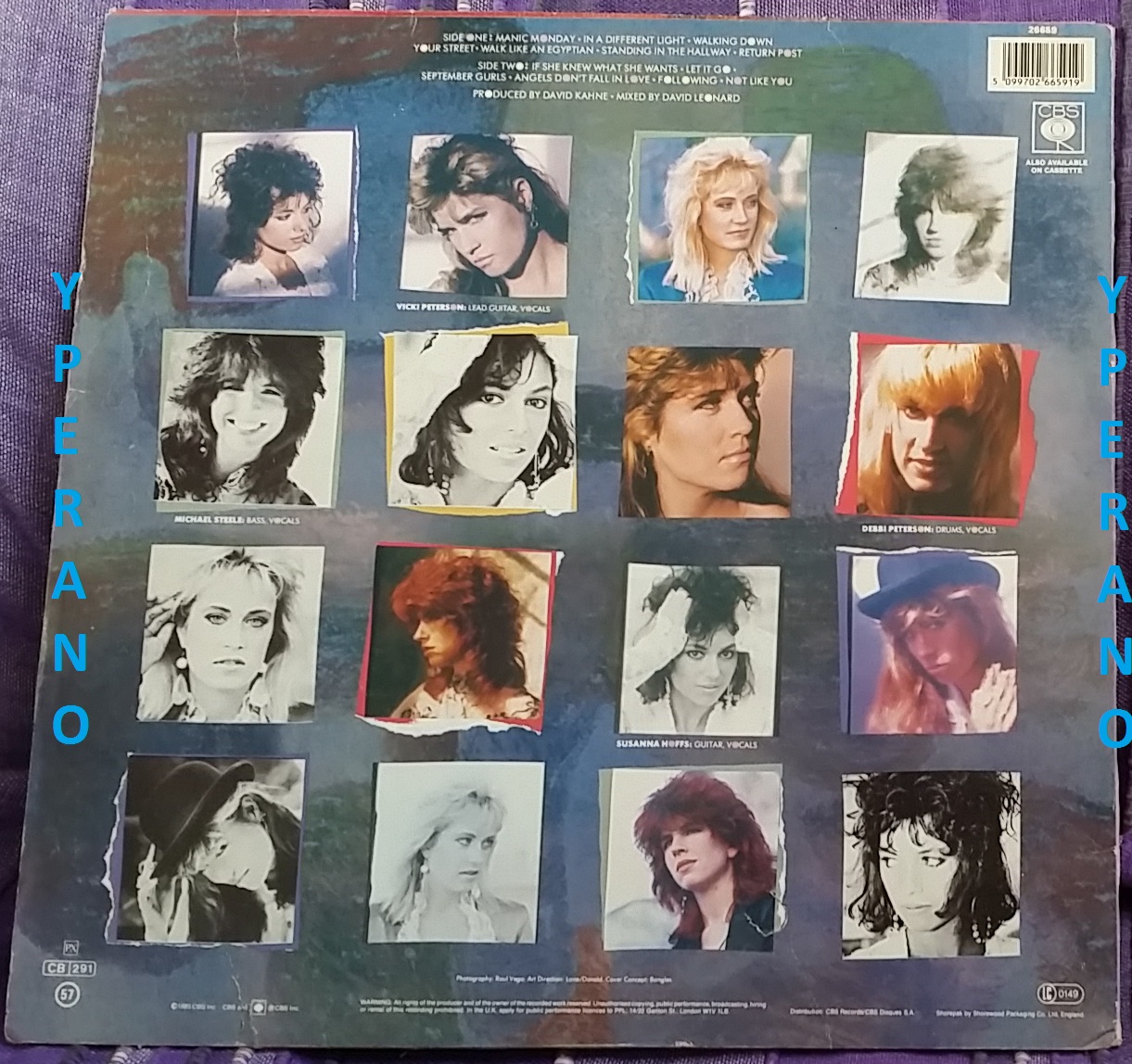 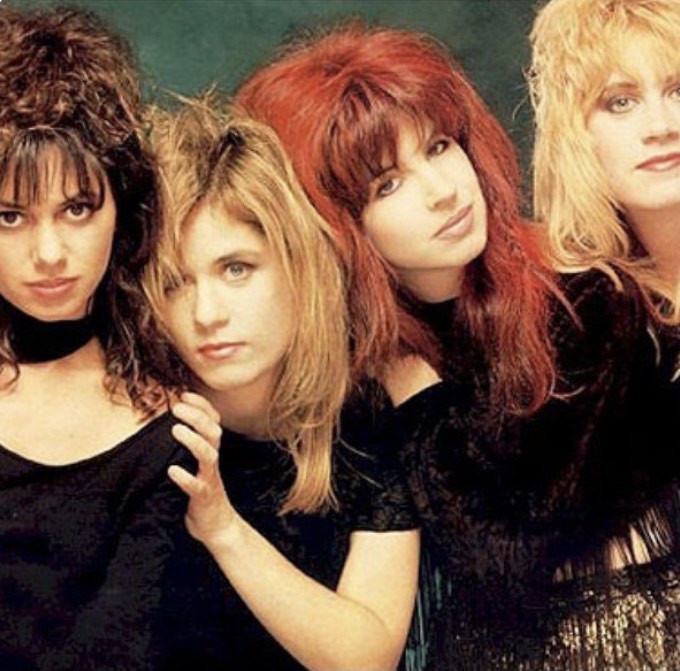 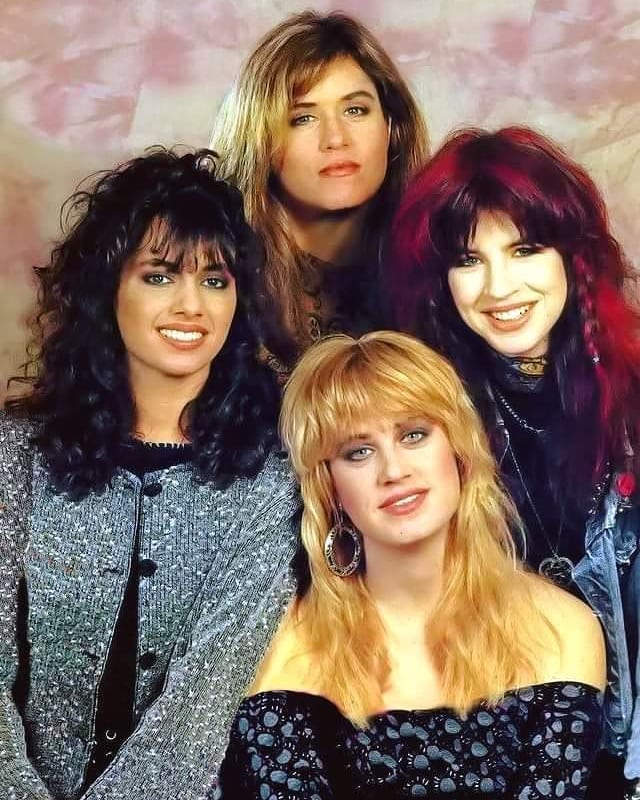 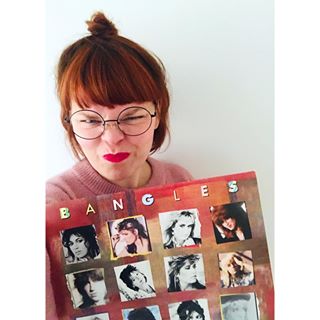 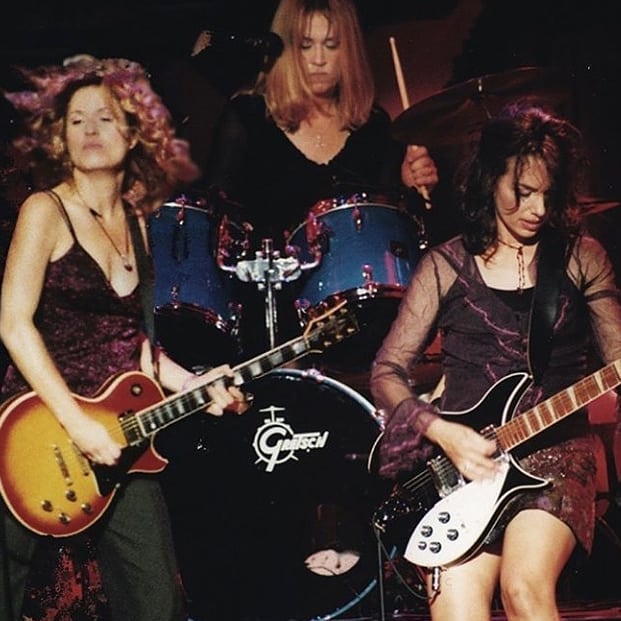 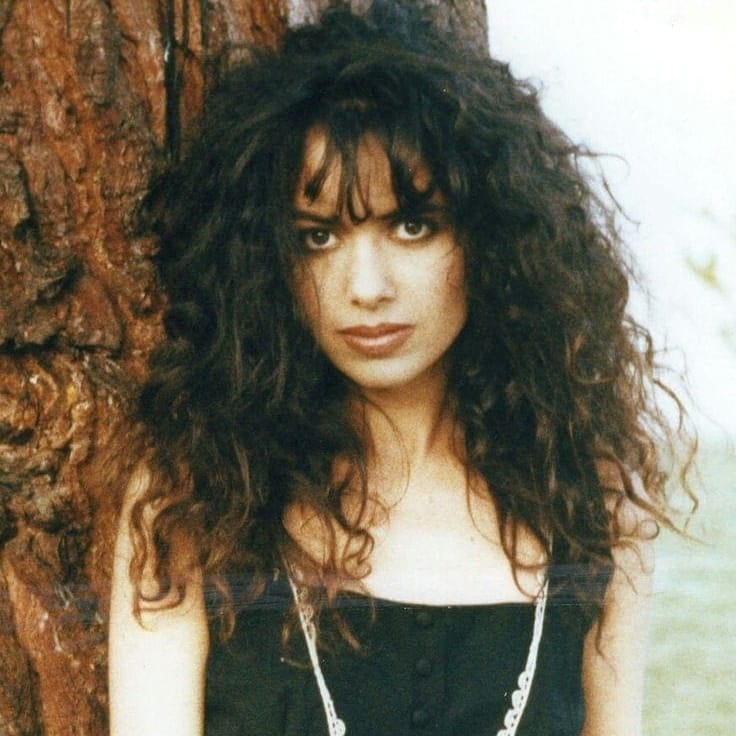 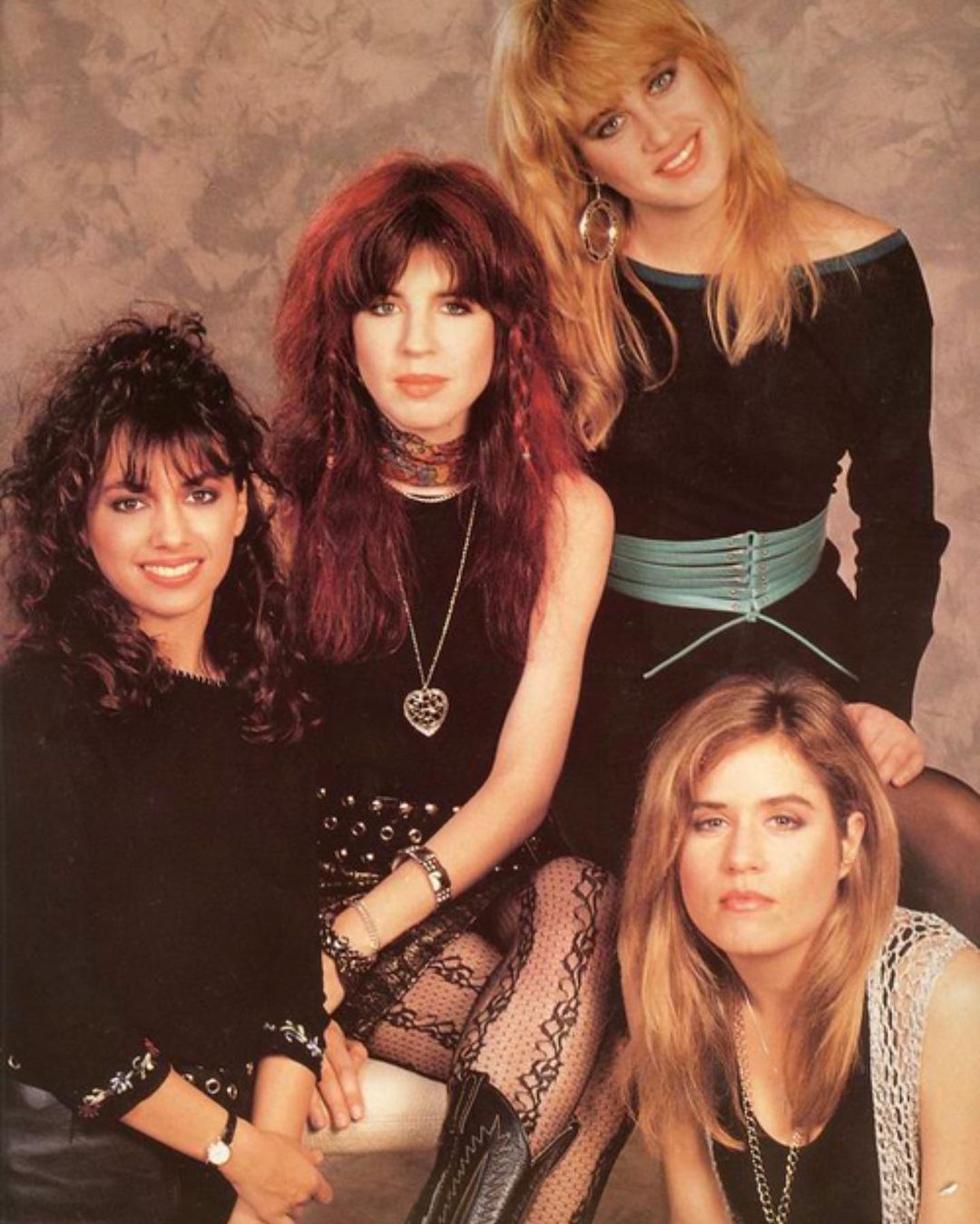 They’re songs most folks of a certain age, whether or not they were fans, know like the back of their hands, of course. “Manic Monday” topped out at No. 2, kept from No. 1 only by the legend who penned it, Prince, whose “Kiss” proved infectious. “If She Knew What She Wants” didn’t do quite as well – it peaked at No. 29 – but has gone onto become one of their signature tunes. You can’t listen to either without being put into an instant good mood.

I hasten to add that they’re on Bandstand not just promoting the two singles, but their second album, Different Light, which was released on January 2, 1986. I bought it that same week from a Listening Booth in the Willow Grove Mall, though it could well have been City Lights Records in State College, depending on when winter break ended. (How’s that for narrowing it down?) I was a college junior attending the Penn State mothership, and either home – and working, working, working as much as I could at one of the mall’s department stores – or already back at University Park. I’ve written about that time before, and even chronicled my top albums of the year here – but to save you the click, here it is in a nutshell: I was (and still am) a fan of new wave, old rock, heady pop, country, bluegrass and urban folk, and plenty of additional genres, including R&B, soul and what would come to be known as Americana. I thought nothing of playing the Three O’Clock and Hank Jr. back-to-back, though I’m sure fans of each would have objected to the other’s presence on my turntable or cassette deck.

At school, I didn’t watch MTV. Hell, I didn’t watch much TV, period, and the only time I generally heard Top 40 radio was when I was selling my plasma for pocket money. And when not with a needle in my arm, or out having a good time with that pocket money, I was in my dorm room doing school work – and since my pre-law roommate preferred studying at the library, I listened to what I wanted – and, as now, often listened to things again and again and again. The result: By semester’s end, my Different Light cassette became so worn that the songs from the flip side bled through whenever I played it. (Yes, I bought it again.)

To be precise: Different Light glimmers and glistens. The production is polished, but not too polished. The melodies captivate; the beats are sure and precise; the guitars echo those of the British Invasion, and are always in service to the song; and the harmonies flow through the soul like few others.

One highlight: The album’s third single, the delightfully goofy “Walk Like an Egyptian,” which closed out 1986 at No. 1.

Another: “Return Post,” which ruminates about a long-distance relationship. One thing I love about it: The harmonies pay homage to Revolver-era Beatles. Another thing I love: whether intentional or not, the nod toward Them’s “Gloria” in the coda.

And another highlight: “Following,” a tale of obsessive love, which was penned by bassist Michael Steele.

And, finally, what turned to be the final U.S. single from the album: “Walking Down Your Street,” which reached No. 11 on the pop charts in April 1987. As I mentioned above, I rarely watched MTV in those days – so it was news to me when, a year or two ago, I discovered the video. It’s cute.

Anyway, some fans aren’t keen on Different Light, and usually cite All Over the Place as the band’s definitive work. I think the world of both, myself, and hear Different Light as an evolution of their sound. As Vicki Peterson says to Dick Clark of their music, “I think it’s always changing. It’s always growing and changing, and we’re happy with what we’re doing.”

I’ll conclude with this: At the end of ’86, I jotted down my top picks for the year.

It’s be in my theoretical Top 10 Albums of All Time list (sharing space with about 99 other entries), easy.

Be the first to review “Bangles: different light LP 1986. Their best known with 6 Top hits. Check videos “Walk Like an Egyptian”, “Manic Monday”,”If She Knew What She Wants”, “Walking Down Your Street”.” Cancel reply 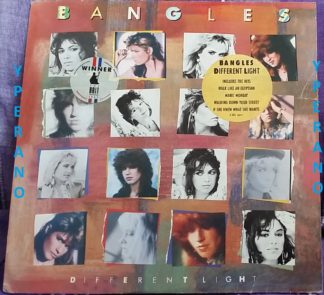 You're viewing: Bangles: different light LP 1986. Their best known with 6 Top hits. Check videos “Walk Like an Egyptian”, “Manic Monday”,”If She Knew What She Wants”, “Walking Down Your Street”. € 10.37
Add to basket