View basket “METAL FROM THE BRAIN: Australian CD compilation (includes Anthrax cover) Free CD for orders of £20+” has been added to your basket. 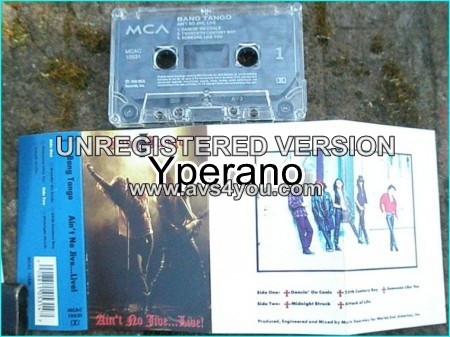 MCA Records. Excellent LIVE, by the US sleazy power Heavy

“”Ain’t No Jive… Live!”” is a live recording released in 1992. It was actually Bang Tango’s second live material as the group had already released “”Live Injection”” in 1989. Right off the bat the thing that struck me about this live recording is how much heavier their material is when played live.
“”Dancin’ On Coals”” is just gritty and raw live. It’s also faster and gives the band more of a metal sound. I’ve noticed this before in other hard rock/pop metal acts. In a nutshell this happened a lot with hard rock/ glam metal bands during the eighties. As soon as the label got a hold of them and gave them a “”makeover”” it took the edge from them and the rest is history. Fact is Bang Tango play with more intensity on this EP and shine in a live setting.
Best song has to be their cover of T.Rex’s “”20th Century Boy””. Sure the song has been covered by hundreds of others and isn’t the most original choice. That said though it just flat out rocks.
This is just a great live rock release in limited edition cassette tape. This is a good portrait of Bang Tango in their natural element with a sound which set them apart as innovators rather than just another clone of the popular genre. Pure and simple, Bang Tango is a group of road warriors and this here, captures their spirited passion!!

If you are a Bang Tango fan, this is a must have. Excellent sound quality and performance, all the tracks are flawlessly played, never thought this was THIS good!!!
Just shows how great Joe Leste and the boys can be live any night of the week. If you never heard them live you will wished you did after listening to this. If you like live recordings this a great recording to have in your collection if you are a fan of bang tango, as it is a superb live release. 99/100

I don’t get really excited for live recordings as I’d rather be there for the show. But this one is amazing and sounds great. 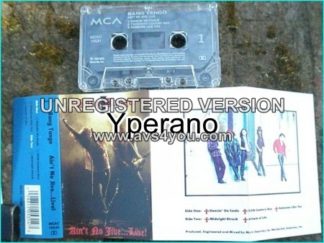