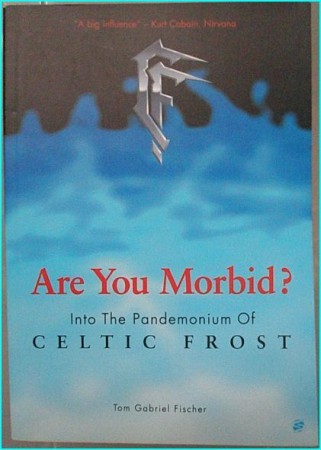 Are You Morbid? into the Pandemonium of Celtic Frost BOOK by Tom Warrior

The story of the rise and demise of one of the most influential bands of the experimental death metal genre, the mighty Celtic Frost. A must read for anyone seriously into the 1980s death metal scene. This is not your usual tale of sex, drugs and rock and roll, but the story of a group of very serious musicians who struggled against themselves their record label to retain their artistic integrity and bring their unique brand of metal to the masses.

Are You Morbid? By Thomas Fischer (2000)
Who better to tell the story of Celtic Frost than founding vocalist/guitarist Thomas Fischer? Released in 2000, ‘Are You Morbid?’ gives you an inside look on the career of one of underground metals most trailblazing masterminds. From his early days in Hellhammer to the disappointment of Celtic Frosts’ ‘Cold Lake’ album, Fischer lays everything out for the reader to take in — warts and all. Its been out of print for some years now, but even if you find someone willing to sell you one, you should really invest in a copy of ‘Are You Morbid?’

A captivating retrospective of the rise and fall of Celtic Frost – engaging and brilliant! 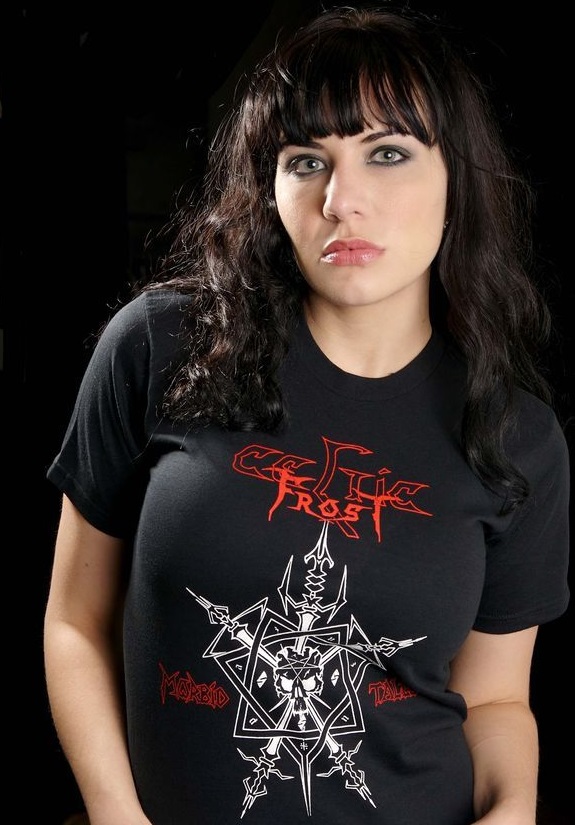 5.0 out of 5 stars Mesmerized!
This book captivated me from beginning to end on my long arduous commutes home from work last week…I must echo the sentiments of the other readers…I cannot believe this book exists! Having always been fascinated by Frost, it was about time I finally got to read a detailed biography of this band, complete with killer pictures from the Hellhammer days and beyond. Sure, Tom is somewhat pompous in his delivery, but this is exactly why we love the big Swiss cheese! All of my curious questions have been answered, such as the inspiration and motivation behind the “Cold Lake” travesty, to their humble beginnings as a mere garage band, to the reason why Martin Ain was not on “To Mega Therion” (sue me; I never knew until now!)
Tom also tells some incredibly amusing stories of their silly tour antics (Frost groupies?!! I am female, so this concept just baffles me…). Some tales are so ridiculously funny, I started laughing out loud on the subway home, and people stared at me like I was loony. Admittedly, its been a while since I dusted off my Frost albums. However, after reading this book and thus having a much greater respect for this band, I put “Morbid Tales” and it sounded very different and much better than I remember it. Basically, if you are a metalhead and/or you have any sort of appreciation for this enigmatic band, BUY THIS BOOK NOW!

As a small side note, I once read in some metal `zine that Frosts lyrics are inspired by Charles Baudelaire. Being the illiterate metalhead that I am, I have never heard of this poet before. If you are a fan of honest, cynical and strong poetry or prose, find Baudelaires “Flowers of Evil” or “Paris Spleen” books. They are amazing and a must for any metalhead who is a fan of the unconventional.

Forgive me for being long-winded; I just really dug this killer book!

5.0 out of 5 stars
I am the author of this book, and I would like to take the opportunity to thank the amazing people who posted their very flattering reviews here. It is very humbling to read your assessments of what is my first book.
A couple of notes: even though my native language is English (I am bilingual), we did utilize an English editor, and it was actually the editor who altered some of the original text and also introduced a number of mistakes. This, after his first edition of my manuscript was scrapped at my insistence, because the book had become unrecognisable to me. The English have a funny way of editing, don’t they…

The “Bill bus driver” story is 100% true, as are all the other stories in the book! I actually toned down some of the events described, because various parties involved asked me to. There were a great number of further “unbelievable” stories, but we shorted the manuscript by 50% before publication, in order to fit the many photos and prevent the book from becoming too repetitive.

5.0 out of 5 stars A great account and real eye opener …,
First of all I am honored to be writing the review after the great Tom Warrior Fischer … I cannot believe it. I am 31 but still a huge fan!
The book is a great and easy read and I finished it in 2 days. Being familiar with the music and players names helped, but I think anyone unfamiliar with this might have a hard time “relating” … so to speak. To me this book is like listening to a Directors Commentary on your favorite DVD. While it gives away a lot about the band and the logic and reasoning behind the creation of their records and the progression of the music throughout the years … it took away some of the mystery and aura that has surrounded them.

I am not saying this is a detrimental effect, but this is the effect that it has left on me. The road antics were great and the fact that Sir Fischer has always tried to stay the straight as an arrow path of being monogamous and keeping it in his pants … was refreshing for a rock star story.

Looking forward to a much needed reunion and a great new album soon.

5.0 out of 5 stars Into the void of chaos,
Recommended for souls that embrace the avant garde theatrical sounds/images/words of the Mighty Celtic Frost. An entertaining read and a great insight on the “evils” of the music business, the “relationship” between Tom and the Press, Tom and his band mates as well as his “jaded” outlook on the world….

5.0 out of 5 stars I love this book,
Celtic Frost was/is a fantastic band. I watched them from the Hellhammer days(I love the apocalyptic raids e.p.) when Bernard Doe(metal forces Editor) said they were complete crap to rising up to the top of the heap of 80s thrash metal as Celtic Frost. This book portrays the rise and fall of a metal titan. Frost music was playing in my head as I read this. Toms story had me shaking my head saying “I didnt know that happened” to Laughing out loud. Its got the usual parties girls and the such but it was great reading because I lived the the thrash metal movement and it just brings back great times when it was all about the music. Thanks Tom!

5.0 out of 5 stars Look forward to the read
I grew up hearing Celtic Frost & Hellhamer from my brothers bedroom in the attic of my parents home. They fascinated me with their super heavy sound and I thought they were way better than Metallica & Slayer. I’d put them up there with Motorhead. I know I’ll enjoy this read from the interviews I’ve read and watched on youtube of Thom. I’ll put it between my Lemmy Book & my Peter Grant book.
Get a blow-by-blow, behind the scenes lowdown on one of the most important bands in metal.

The book would be appreciated by metalheads that listened to HH/CF as they were coming out in the 80s. You also get a picture of the metal underground during the 80s as extreme metal was being birthed.

best metal biography out there. this guy let it all hang out and made me very curious about genre of death / black metal.