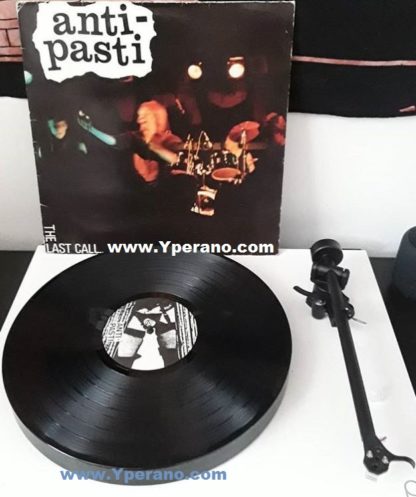 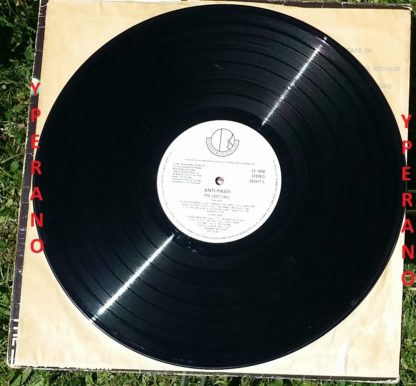 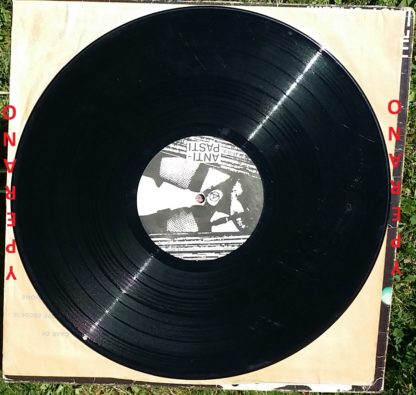 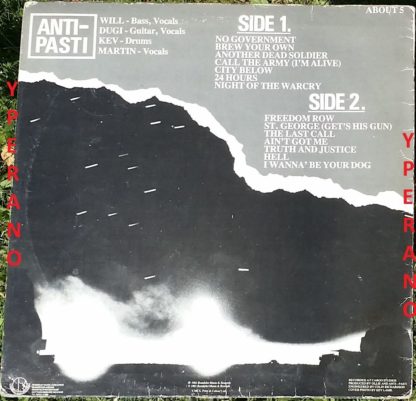 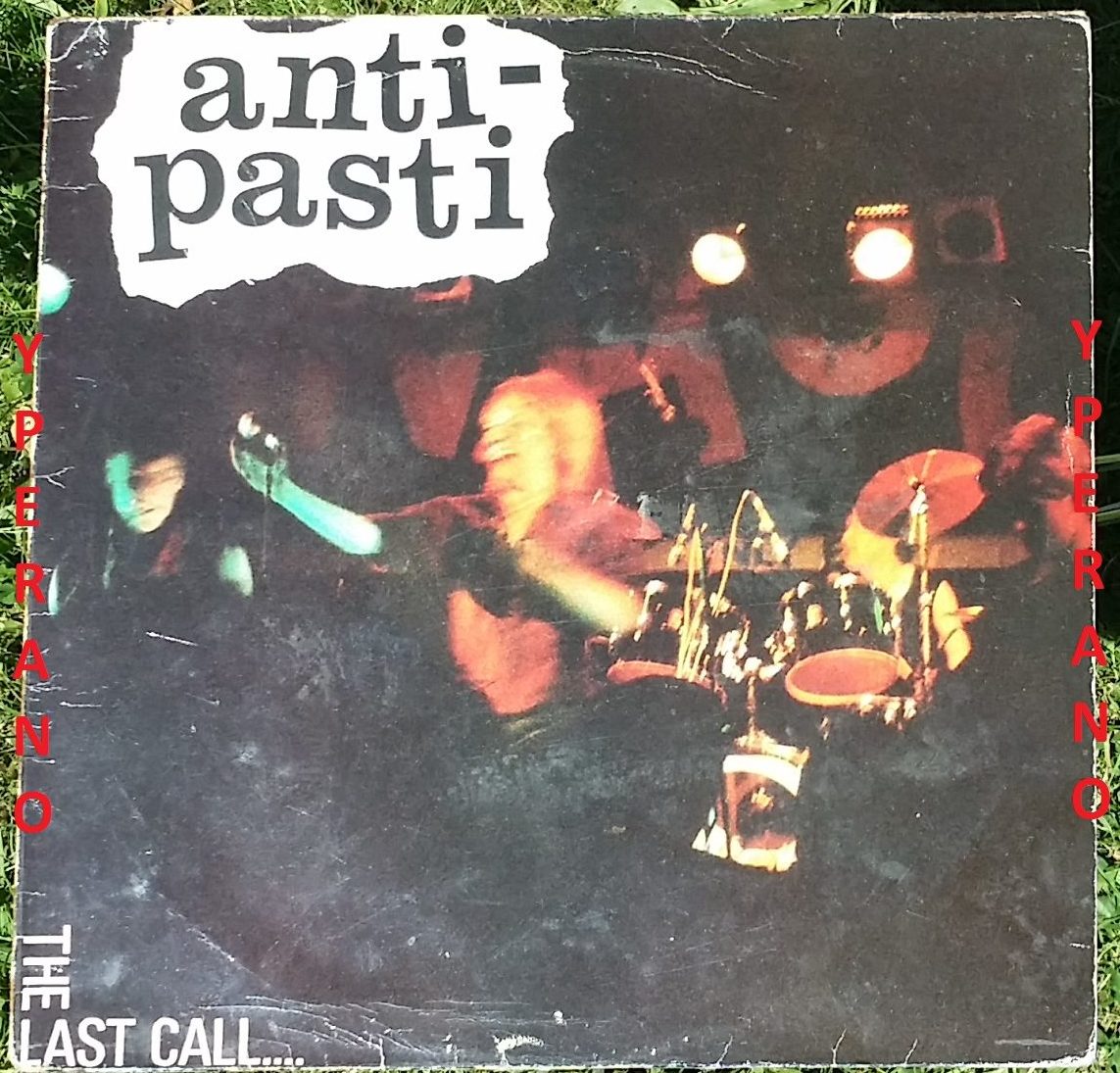 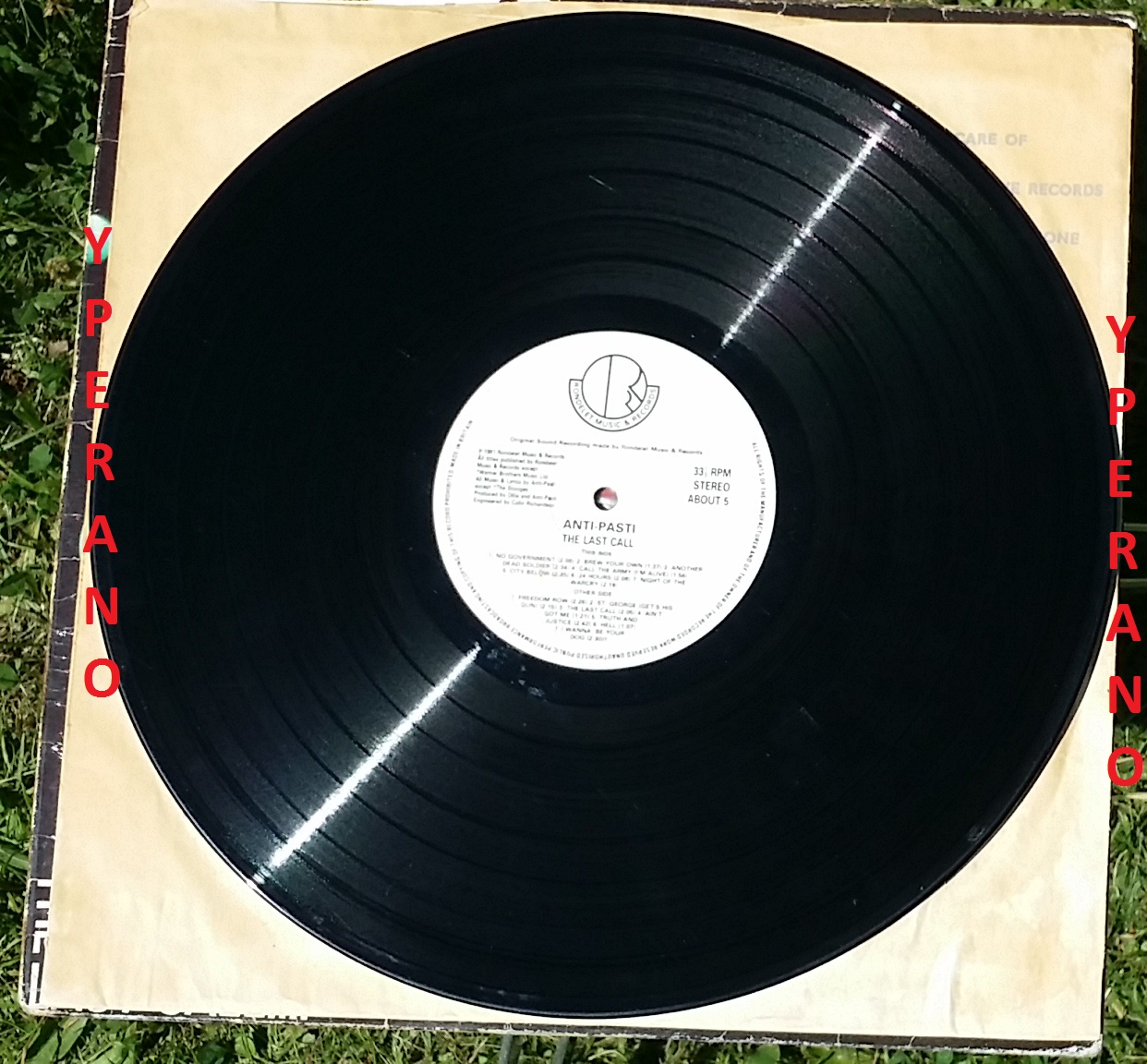 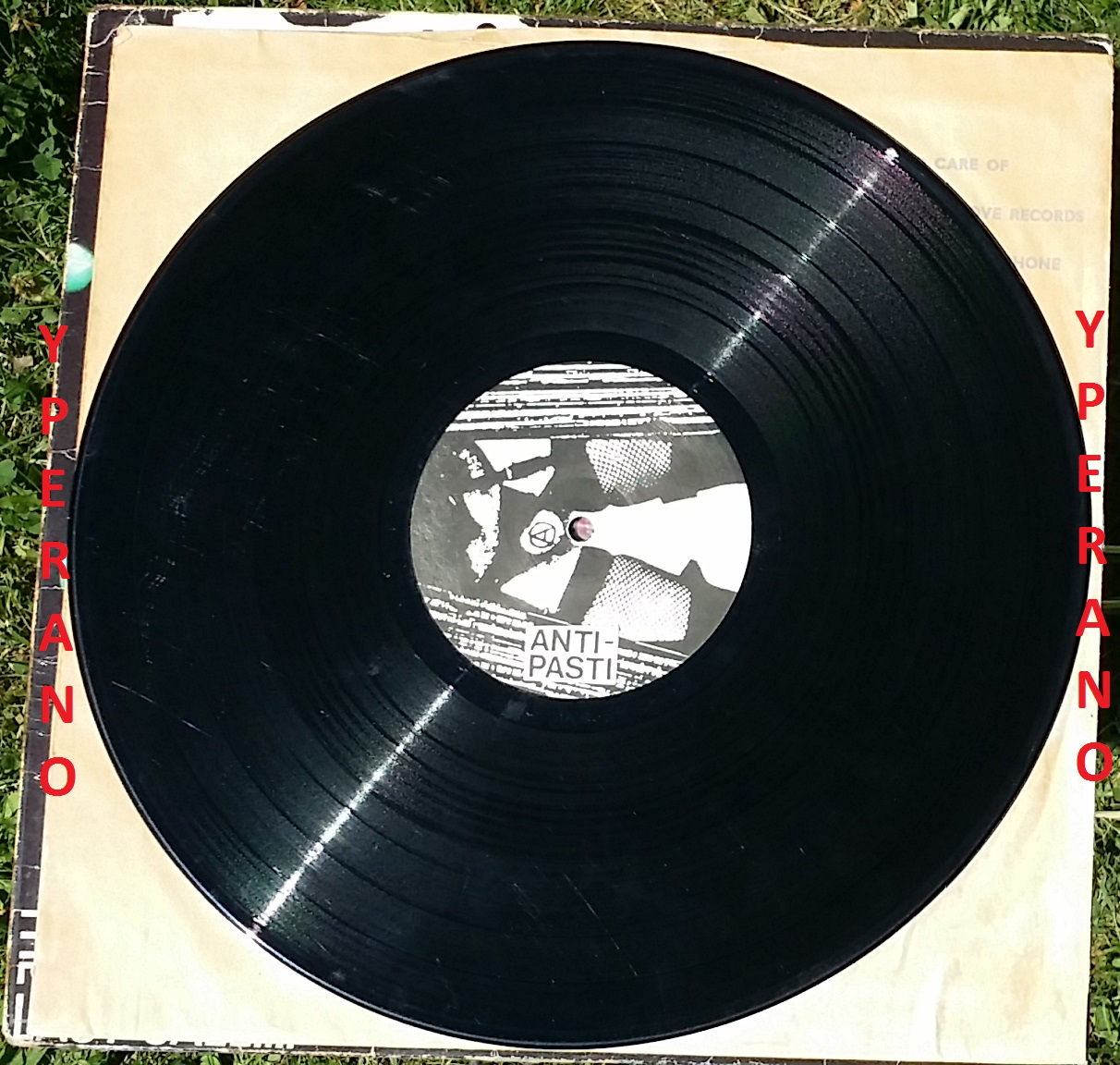 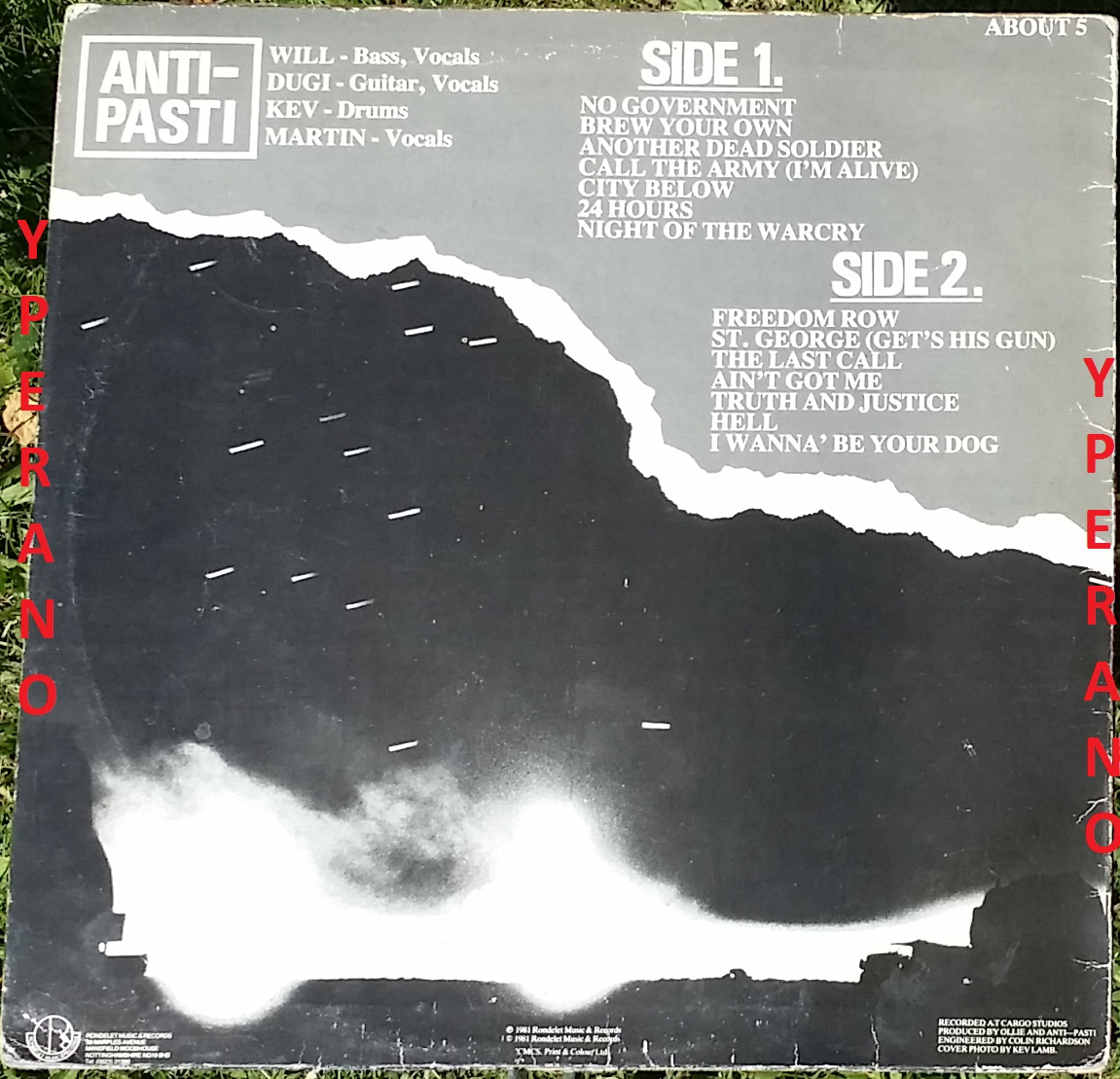 Anti-Pasti was a British punk band founded by vocalist Martin Roper and guitarist Dugi Bell in 1979, featuring Kev Nixon on drums and Will Hoon on bass guitar. Later they were joined by a second guitarist, Olly Hoon. Their first LP, The Last Call, spent seven weeks in the UK Albums Chart, placing at a high of 31. Roper left the band in 1982, and Anti-Pasti effectively ended.

From Derbyshire, England, Anti-Pasti were part of the third wave of punk of the early 1980s. They played many gigs in and around Derby, most notably The Cosmo Club and soon built up a large local following.Anti-Pasti released their debut album, The Last Call, which reached the UK Top 30. Their growing profile was confirmed when a third single, “”Six Guns’, appeared at the end of the year and reached number 1 in the UK Independent chart.

5.0 out of 5 stars An essential item in any punk collection.,
Although Anti Pasti produced little, if anything else of note, this, their debut is a real classic. This album was a spearhead of the early eighties punk revival, and almost everyone who was part of the scene then had this album. That the band failed to live up to their early promise in no way detracts from what is a really fine LP, with it raw, Clashy, thrashy sound. Vintage stuff. If you buy anything by Anti Pasti, buy this

5.0 out of 5 stars Great punk album,
I remember buying this on vinyl as a kid (early teens) and just being taken aback by how good this album was, anyone who was into punk had this album, saying that their later effort wasn’t bad but being rushed into the studio to capitalise on there first success was not a good idea as anything that is rushed is sometimes not as good or complete as it could be. Anti Pasti first album THE LAST CALL will though not disappoint at all and is a great listen so it well worth the money.
Great album by a short lived but original band.

One of the best punk albums from the early 80’s and this album has been expanded quite considerably hence the 29 tracks, I originally had the vinyl way back in 85 and constantly played it then and now still listen to it.

5.0 out of 5 starsForgotten classic
Being fortunate to have been old enough to buy a lot of the first wave of punks ’70s output I couldn’t wait for the time to come to see my heroes live by the 80s most of them had started to fragment and the new wave of bands seemed more aggressive and to lack the individuality of bands like the adverts vic Goddard X ray spex and ATV and I found myself listening more to the post punk bands that were coming to the fore so Anti Pasti were such a pleasure both in vinyl and live being able to get there message across and be musically proficient at the same time this LP will give you everything you could want to know how diverse and good they were and how important this album was and still is a true punk great that deserves to be remembered.

Be the first to review “ANTI-PASTI: The last call LP 1981 UK punk. Has a cover of Iggy Pop / Stooges. Check audio (the whole album)” Cancel reply 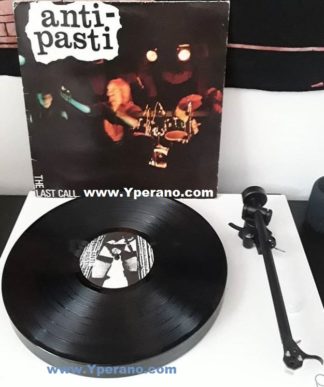