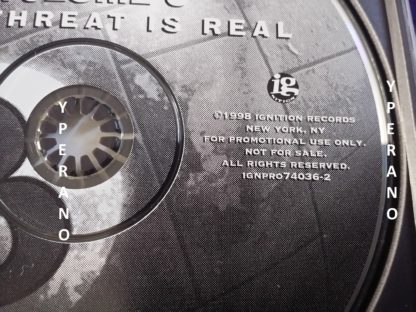 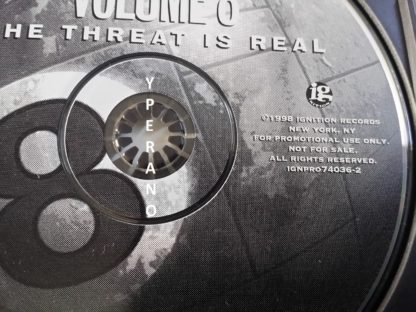 Volume 8: The Threat Is Real! seethes with betrayal and animosity, lashing out like a lean, rabid Doberman. This isn’t just the raging Anthrax of days past. Its a revamped, reinvigorated beast with a modern, pugilistic sound. Songs like “Inside Out” and “Killing Box” combine the full-fisted groove of Pantera with the melodic roar of Aerosmith, while “Crush” and “Catharsis” deliver a power-metal assault that recalls vocalist John Bushs last band, Armored Saint. The last couple of Anthrax efforts may have been false alarms, but this time the threat is definitely real.

5.0 out of 5 stars Great metal for every man, woman, and child!,
In Anthrax’s 1998 release “Volume 8: the threat is real”, Anthrax went back to their basics to create a new style of metal that suits them perfect.
This album holds great Anthrax songs including “Crush”, “Born Again Idiot”, and a true heavy metal anthem “Inside Out” (this is also Anthrax’s best music video and one of the best ever). Get to the end of this album after the last track and skip the blank space to hear the hidden song “Pieces” which was written and played by Frank and Charlie. This song is about Frank and Charlies late relative Anthony. With all these great songs don’t look past Anthrax’s greatest and best song “Catharsis”. Ignition records did go out of business which leaves “Volume 8” the hardest Anthrax cd to find. Go out and search my fellow metalheads, trust me, it is well worth it!!!

5.0 out of 5 stars Another great album goes unnoticed.,
If I may offend Joey Belladonna fans, the best thing that Anthrax could have done is hired John Bush as their singer. Anthrax does their own thing and they do it well. John Bush is easily one of the best vocalists in all of rock. Don’t forget that in the early 80s every single metal band was courting this guy to be their singer including Metallica. He adds a fresh and melodious element to Anthrax’s music that is uncontrollably infectious. Vol.8 and Stomp442 are my 2 favorite albums of all time. Since John joined the band in ’92 Anthrax’s music has been really hard to define. Prior to ’92 they were strictly lumped into the thrash category but after John joined you can’t label them as that. The music is still really heavy and uptempo but the vocals have a melodious twist that makes it very non-linear un-like old thrash. These guys are paving the way for 21st century thrash like they did for 80s thrash. If you’re afraid to buy this album because you think Anthrax is a washed up 80s band; you’re sorely mistaken. Vol.8 as was Stomp 442 is a very innovative album that shows that Anthrax is clearly ahead of their time.

5.0 out of 5 stars Finally,
Standout tracks include the excellent roaring opener “Crush”, along with the classic “Inside Out”, “P & V”, “604”, “Born Again Idiot”, “Killing Box”, and “Stealing From a Thief”; all of which display Charlie Benante’s thumping drums and Scott Ian’s ripping guitars. “Volume 8” is easily the best Anthrax album of the John Bush era, and the best Anthrax album since the classic “Among the Living”. 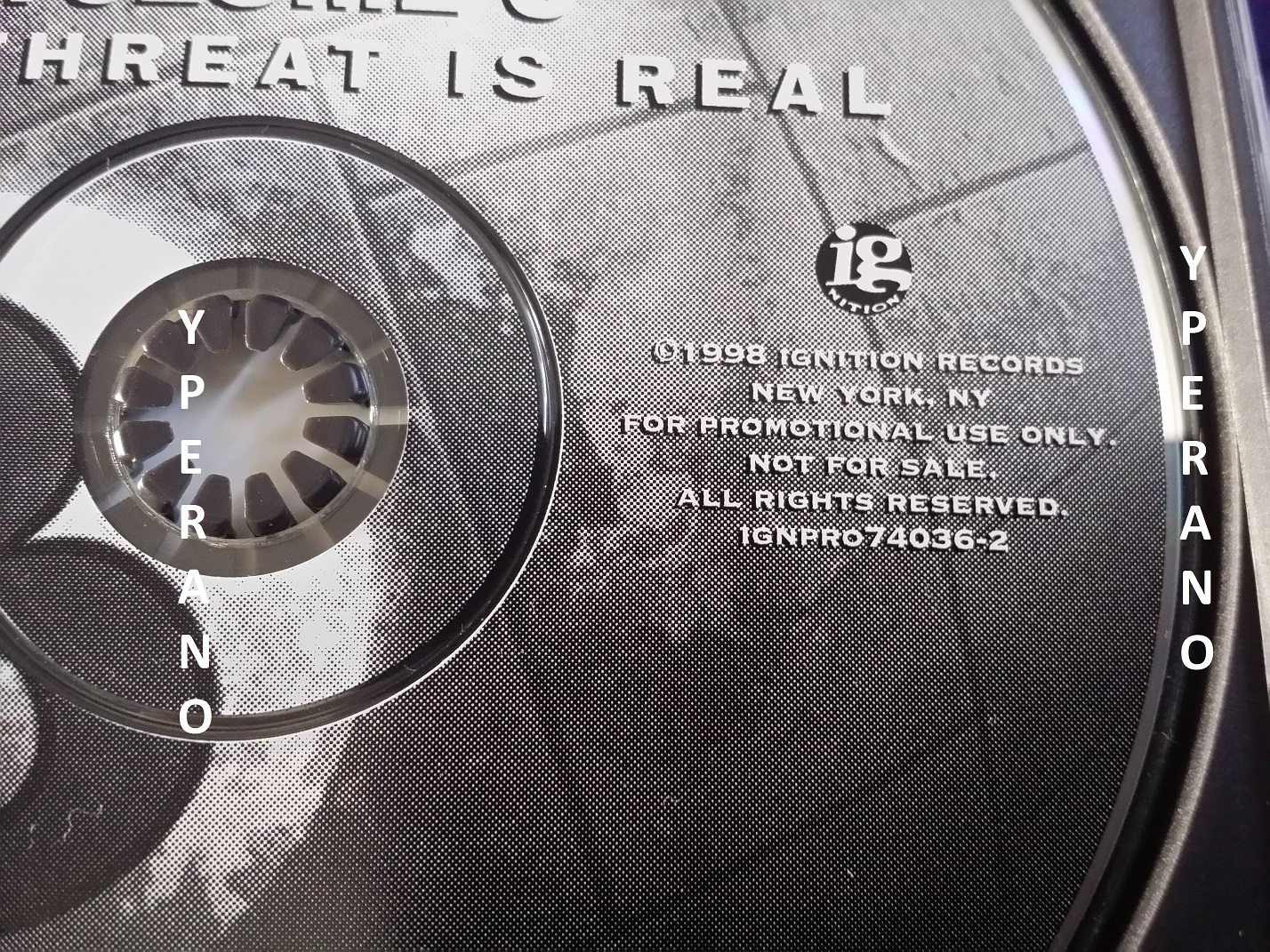 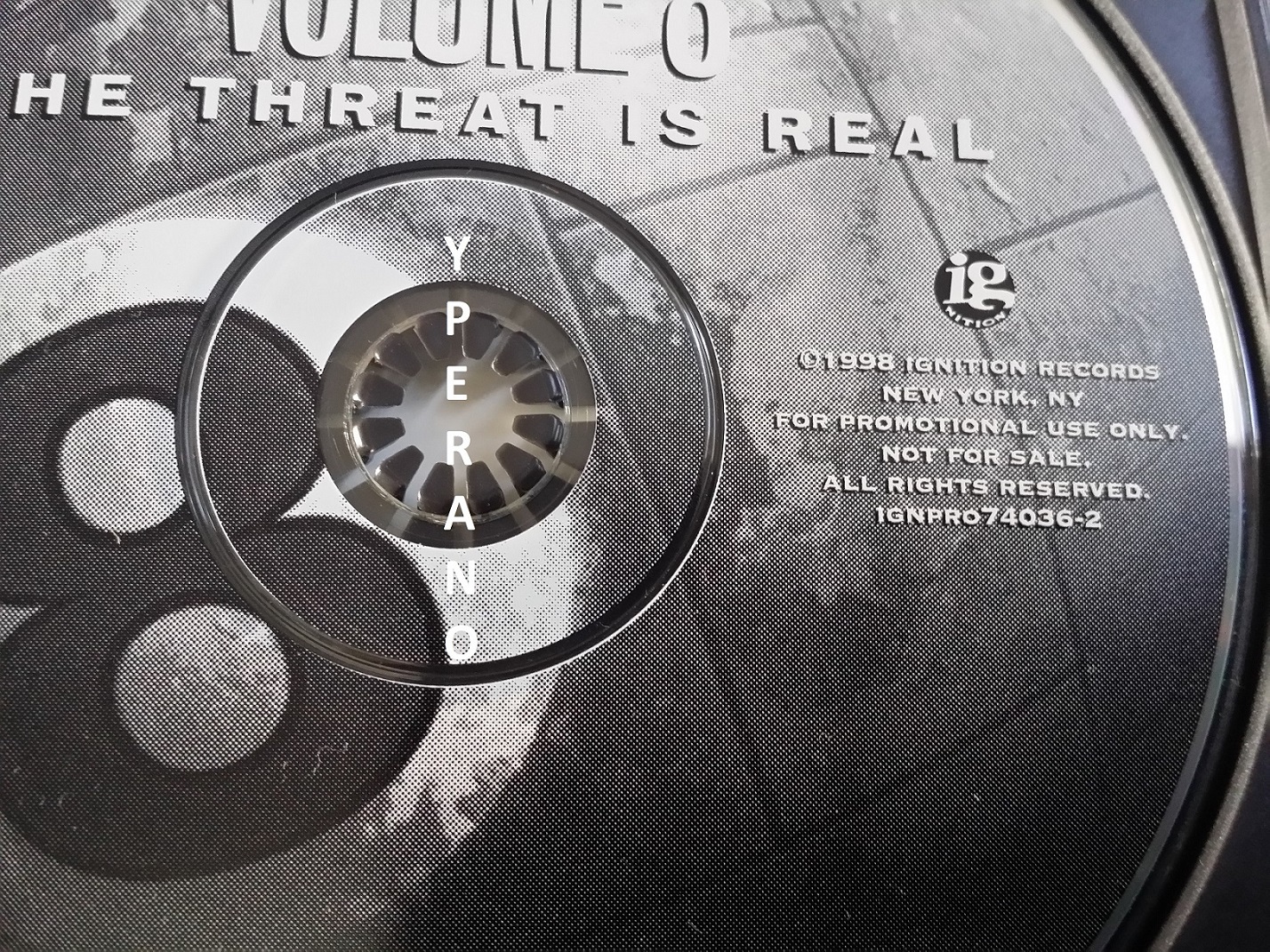 Be the first to review “ANTHRAX: The Threat is Real PROMO CD. 1998 US 14-track promotional with very different artwork. + VIDEO.” Cancel reply

You're viewing: ANTHRAX: The Threat is Real PROMO CD. 1998 US 14-track promotional with very different artwork. + VIDEO. £49.99
Add to basket