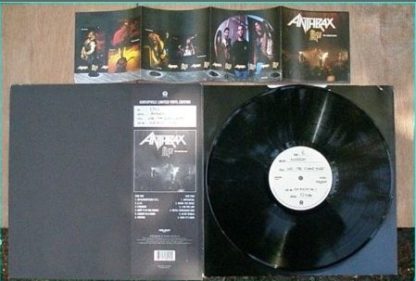 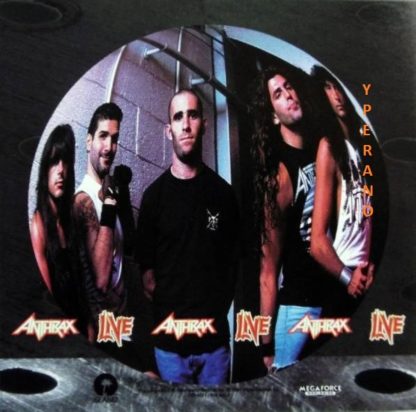 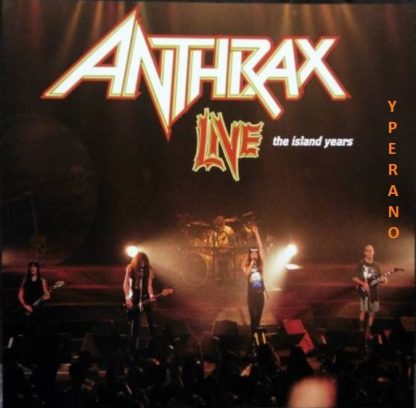 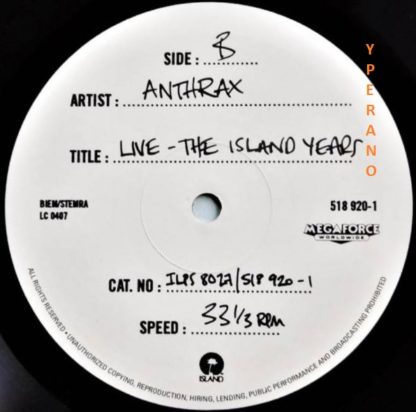 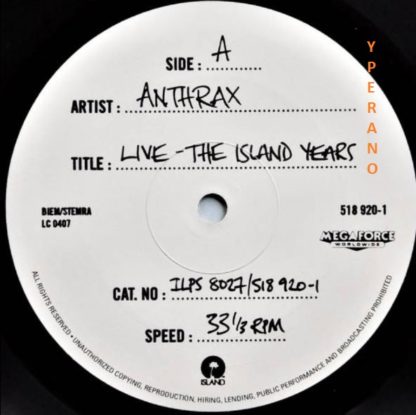 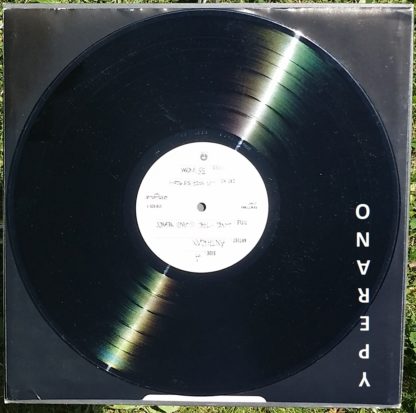 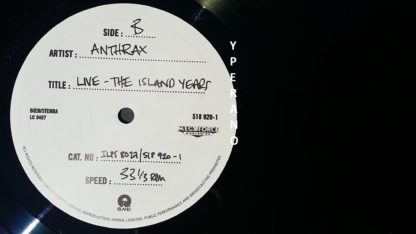 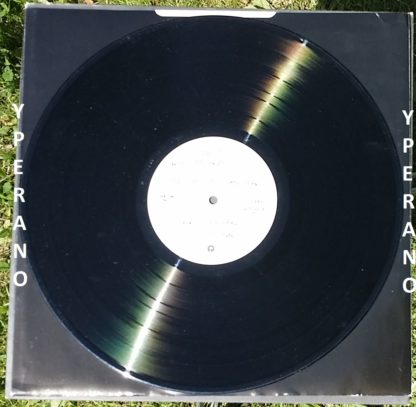 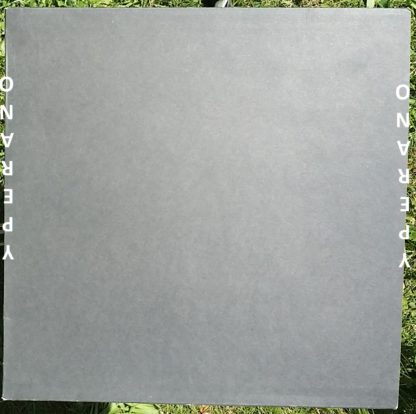 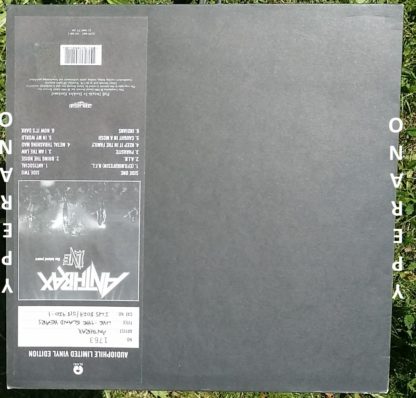 CHECK all samples:   http://chirb.it/b4Ex0E  OR  https://vocaroo.com/i/s1V7TNYDbydz
Personnel:
Scott Ian – guitar, background vocals
Charlie Benante – drums
Joey Belladonna – vocals
Dan Spitz – guitar
Frank Bello – bass guitar, background vocals
Also: Chuck D, Flavor Flav, Public Enemy
This 70-minute concert recording from October 1991, issued after Anthrax had switched record labels, provides a good overview of the band first seven years, including songs from the albums Spreading the Disease, Among the Living, State of Euphoria, Persistence of Time, and Attack of the Killer B. Public Enemy joins them for “”Bring the Noise,”” and there are two tracks, the otherwise unavailable “”Metal Thrashing Mad”” and “”In My World,”” recorded live in the studio in January 1992.

Copies are individually numbered on the outer sleeve.

Tracks A1 to B2 “recorded live St. Irvine Meadow, California on October 1991” (sic); tracks B3 to B6 recorded at Electric Lady Studio, live in front of “a really cool WSOU listeners” (sic) on 28th January 1992.

This packaging is the way Universal released some of their albums, not just to the media but also to stores. Black sleeve, stickers with some logo and/or graphic, and boom, instant. 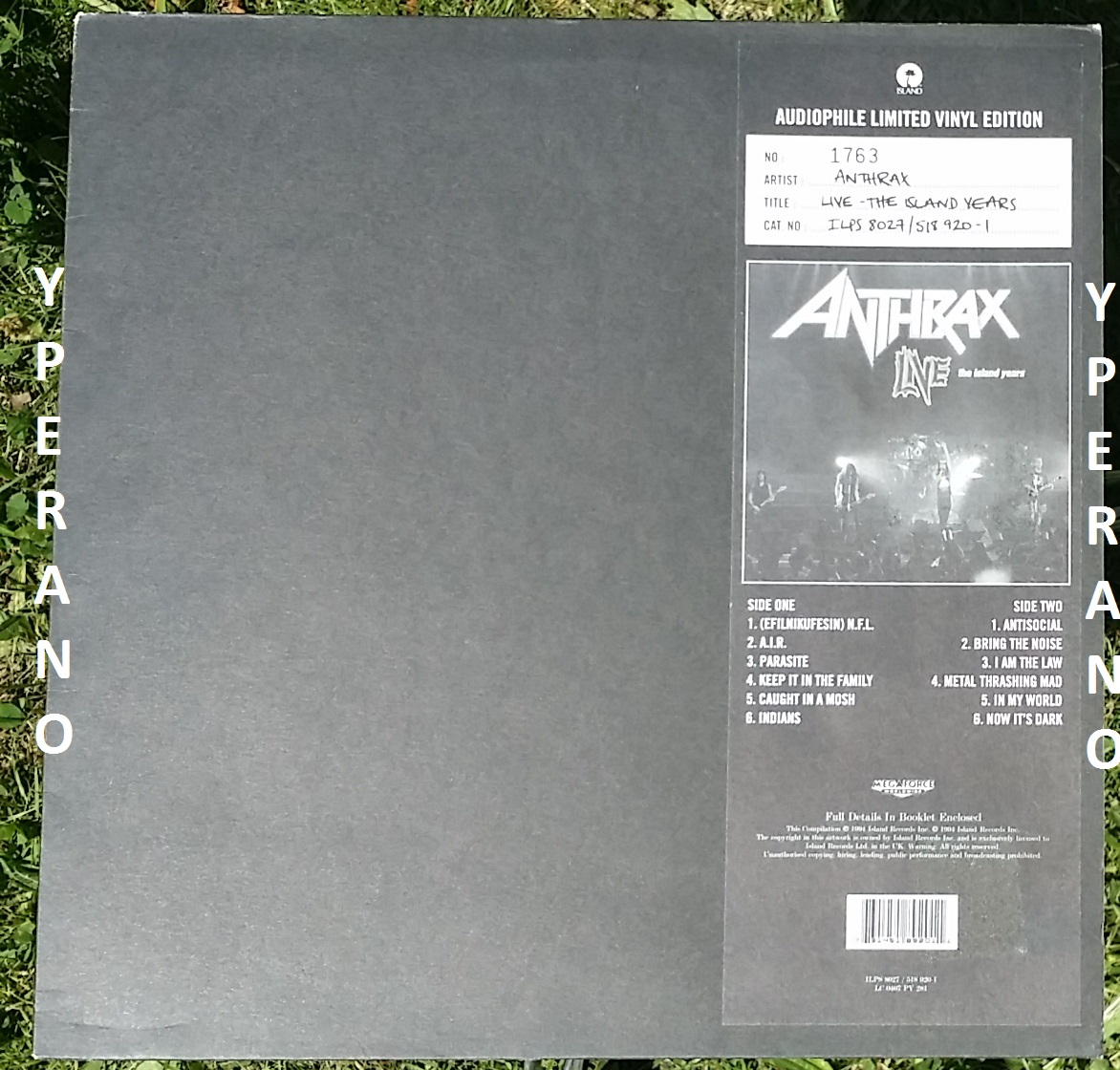 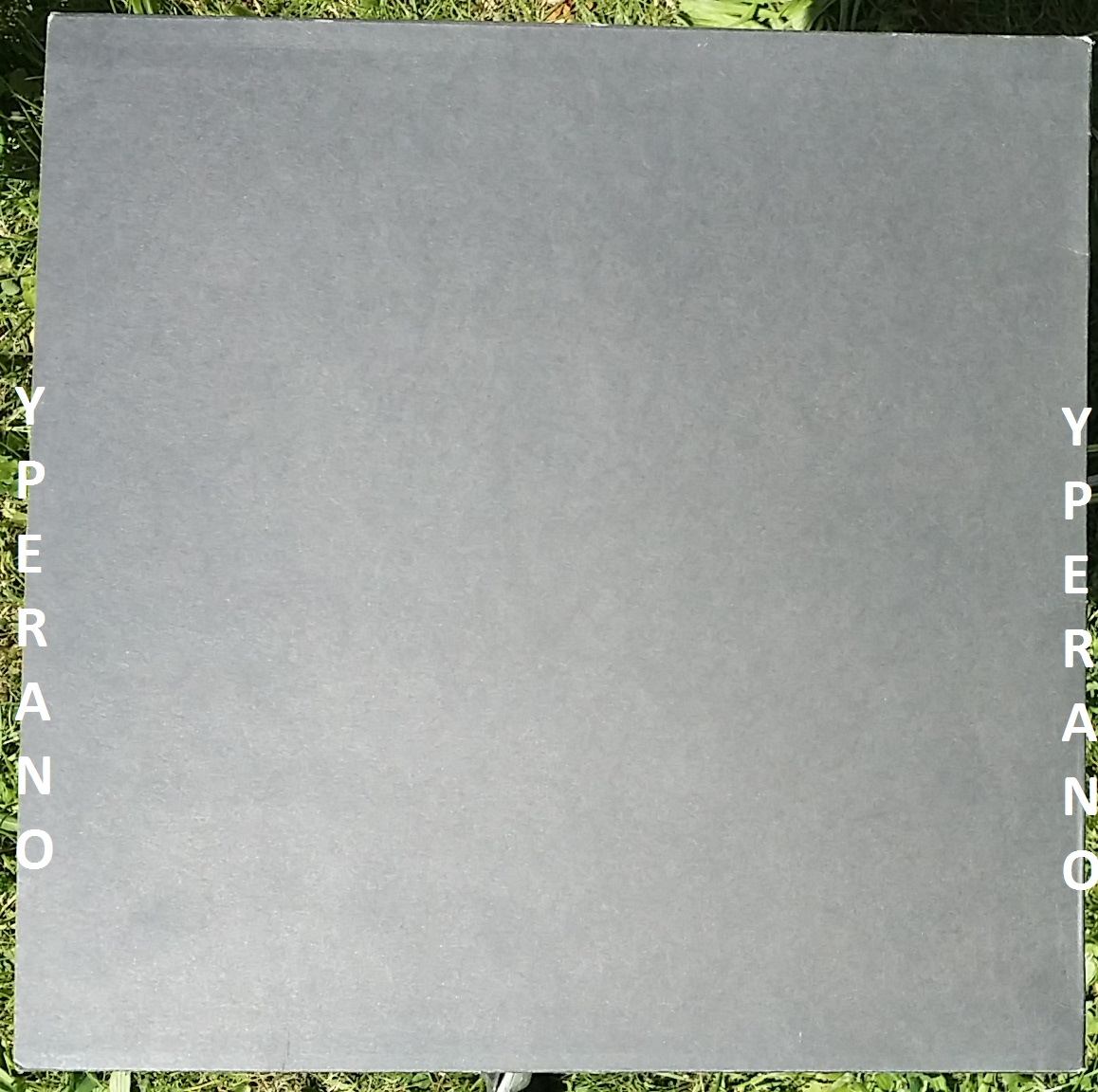 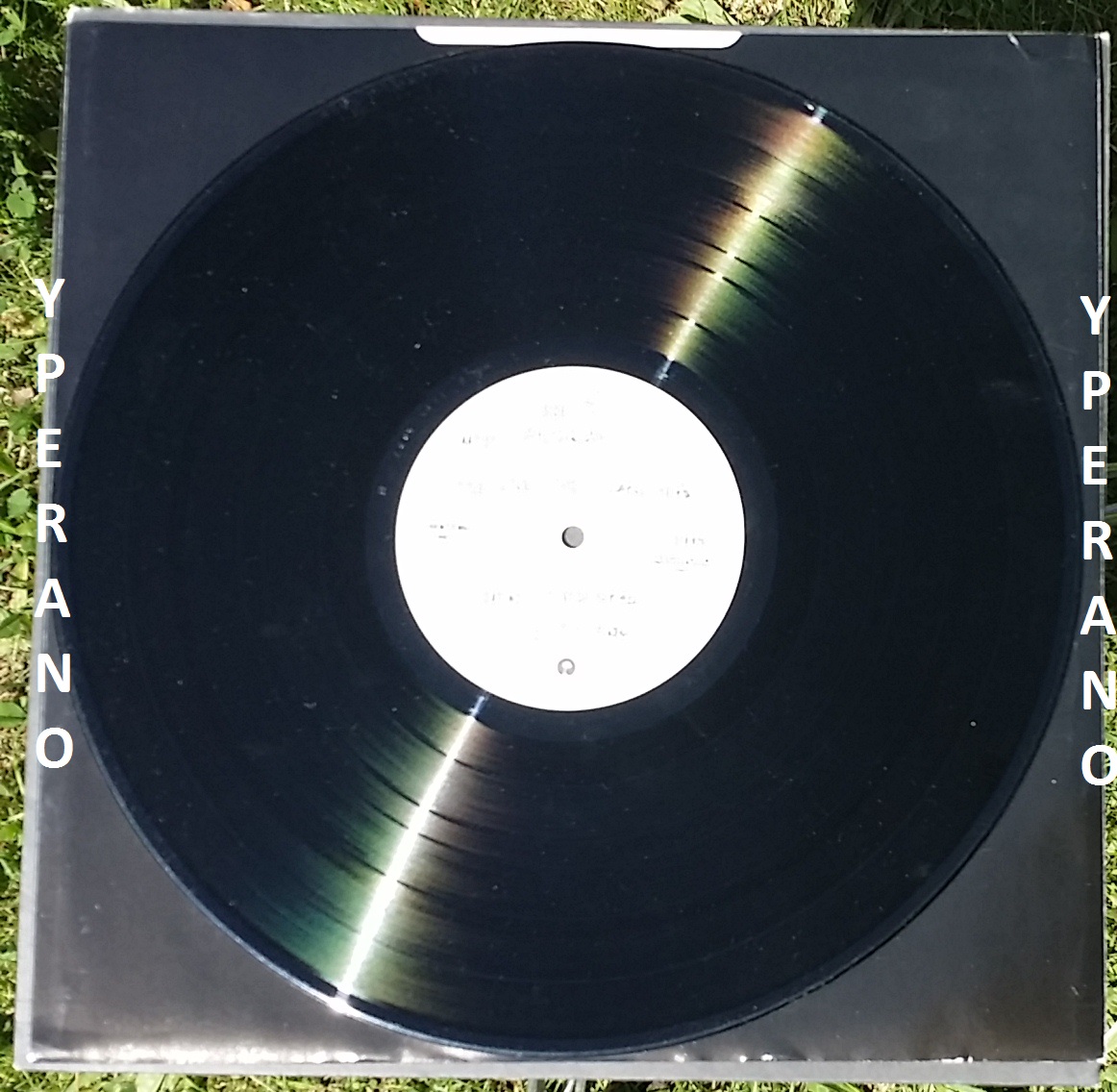 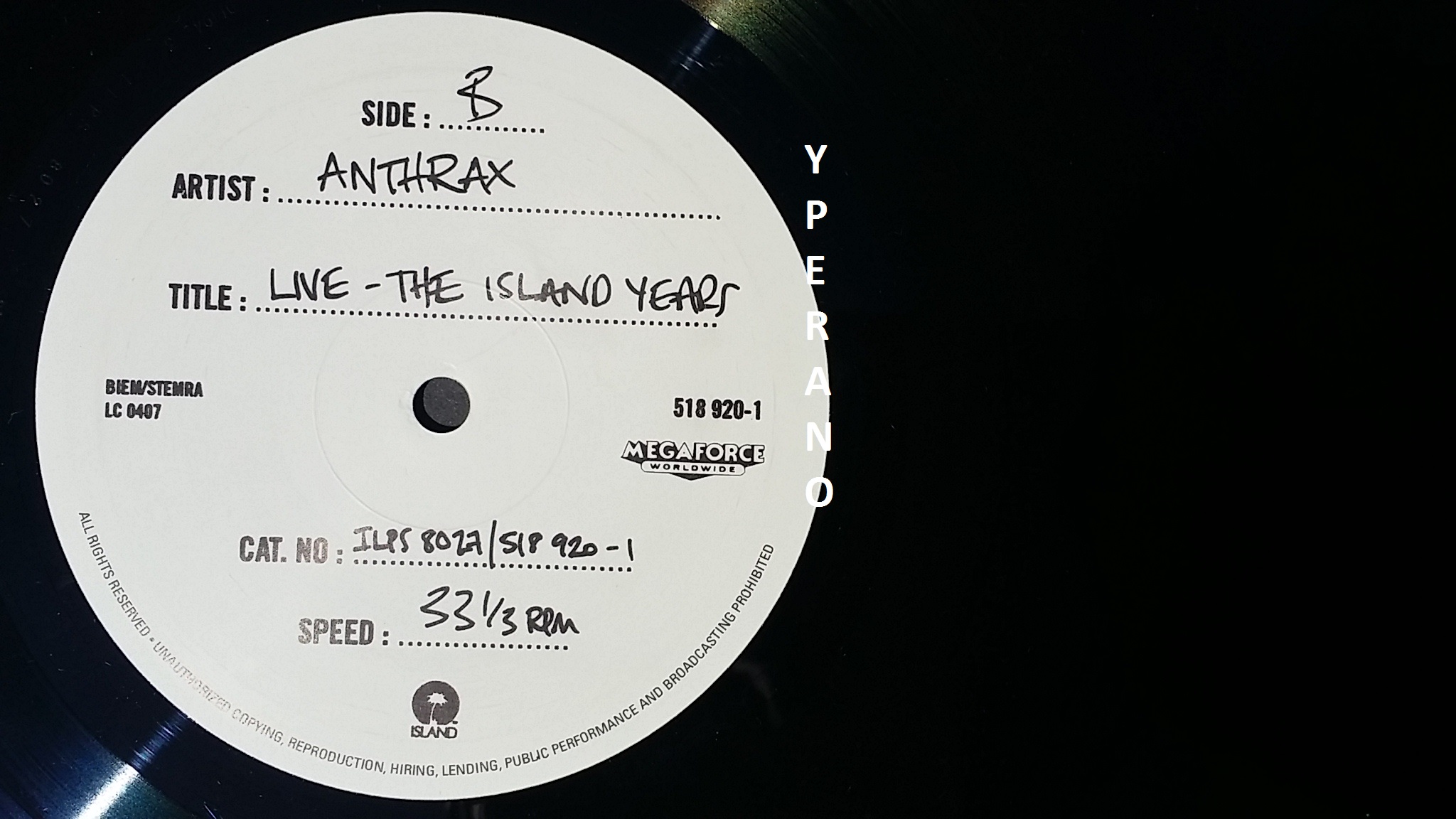 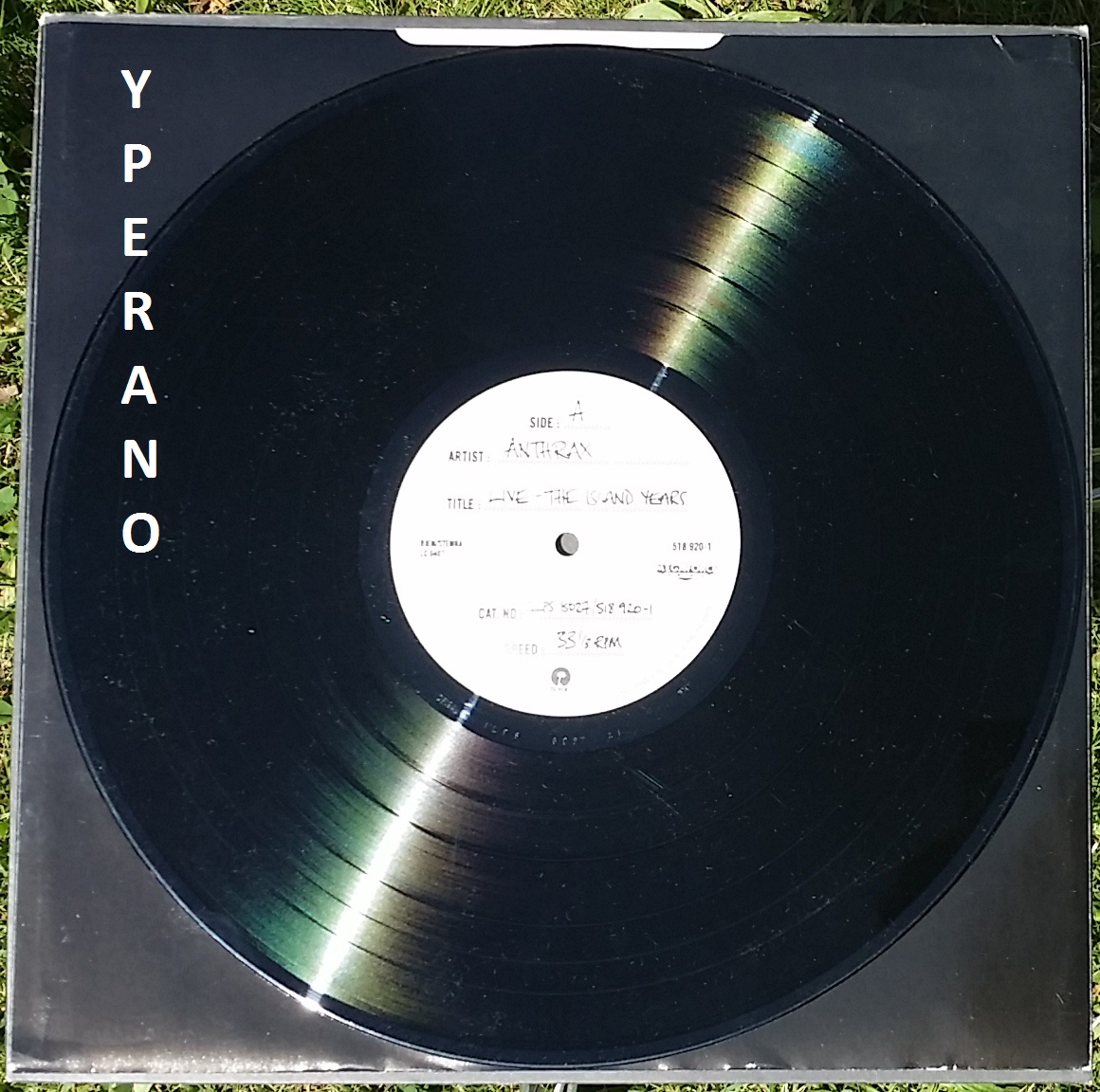 5.0 out of 5 stars Anthrax finest hour!,
This is a Great release from Anthrax in all their glory! Tight grooves,and pounding drums,will knock you right out your seat! All hail the mighty Anthrax! As filler at the end of the disc, there are some great performances from Electric Lady studios in 1992,making this a must-have for all Anthrax fans!
——————————————————————————————————
5.0 out of 5 stars Great Live Album!!!!!,
Many Anthrax fans dismiss this album because of the lack of the band involvement and the sound quality among other things. I think that this is a GREAT album regardless, showing Anthrax in the band prime. Vocalist Joe Belladonna gives a great vocal performance on all the tracks (Anthrax NEVER should have replaced him!!!), while Scott Ian (Best rhythm guitarist EVER!!!!!) and Dan Spitz show why they were one of the best guitar teams in metal (Anthrax NEVER shoulda replaced Spitz either!!!). Charlie Benante beats his kit into submission, playing AMAZING FILLS, and Frank Bello gives a GREAT performance on the bass, throwing in licks here and there. The first 8 tracks were recorded live at Irvine Meadows CA, October 1991, and the last 4 tracks were recorded “”Live infront of really cool WSOU listeners”” in January of 1992. Highlights include (Efilnikufesin) N.F.L., Parasite, Keep It In The Family, Caught In A Mosh, Antisocial, Bring The Noize w/Public Enemy, I Am The Law, Metal Thrashing Mad, and In My World. Buy it NOW!!!
——————————————————————————————————
5.0 out of 5 stars Anthrax Live: The Island Years,
I think this is one of the best LP I own, it a great live album and most of Anthrax classics are included. The sound quality is pretty good, some people think it not so good,but I think it fine. The first 8 tracks were recorded live in Irvine Meadows, California in 1991, the last 4 tracks we’re recorded live at Electric Lady studio in 1992. If you like Anthrax then you owe it to yourself to pick this up!
——————————————————————————————————
5.0 out of 5 stars Anthrax thrash mad!
the Best songs of Anthrax.. <N.F.L.> <I am the low><Keep it in the family> thrash me mad! but this is not all.. <Bring the Noise> featuring PUBLIC ENEMY! Good thrash metal live album””

Anthrax is an American heavy metal band from New York City, formed in 1981