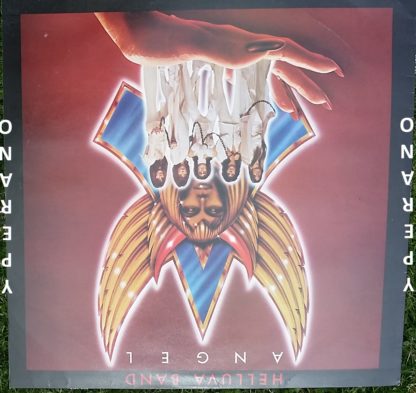 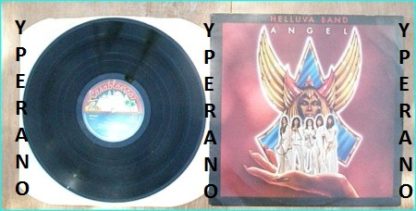 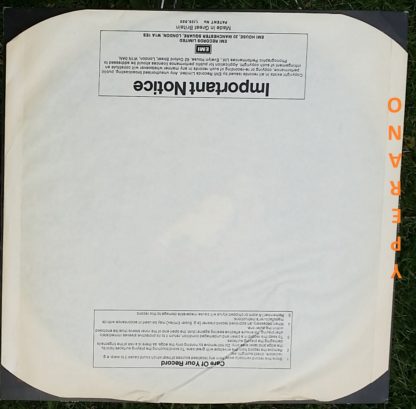 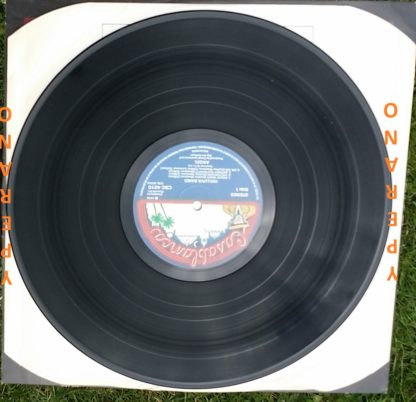 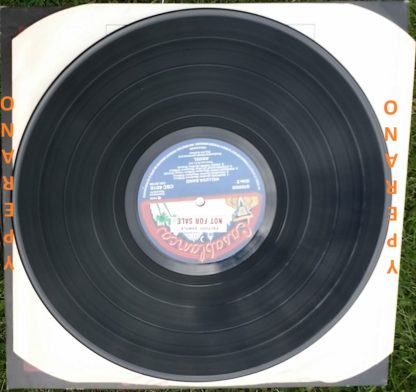 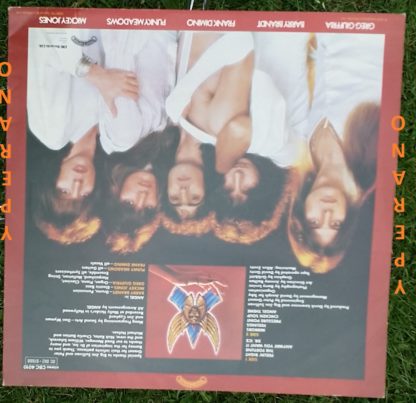 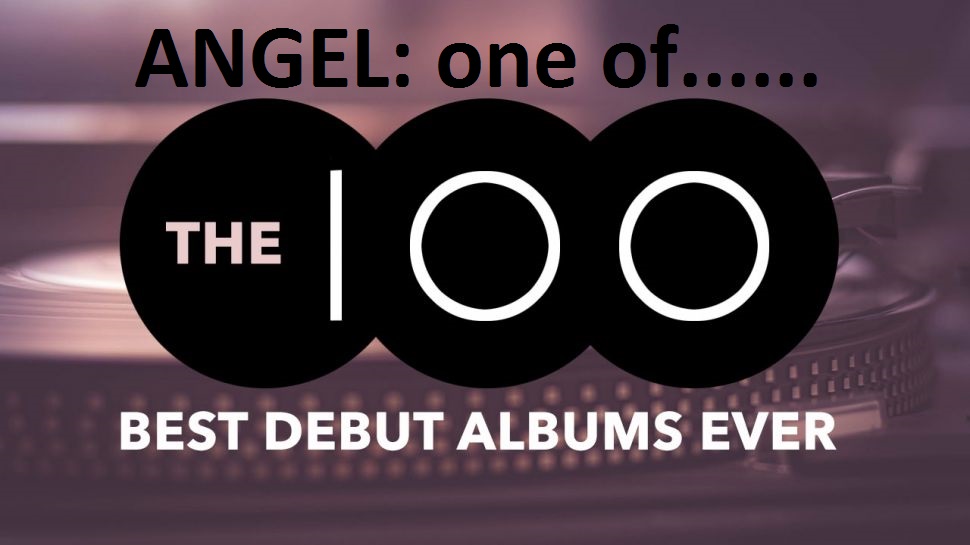 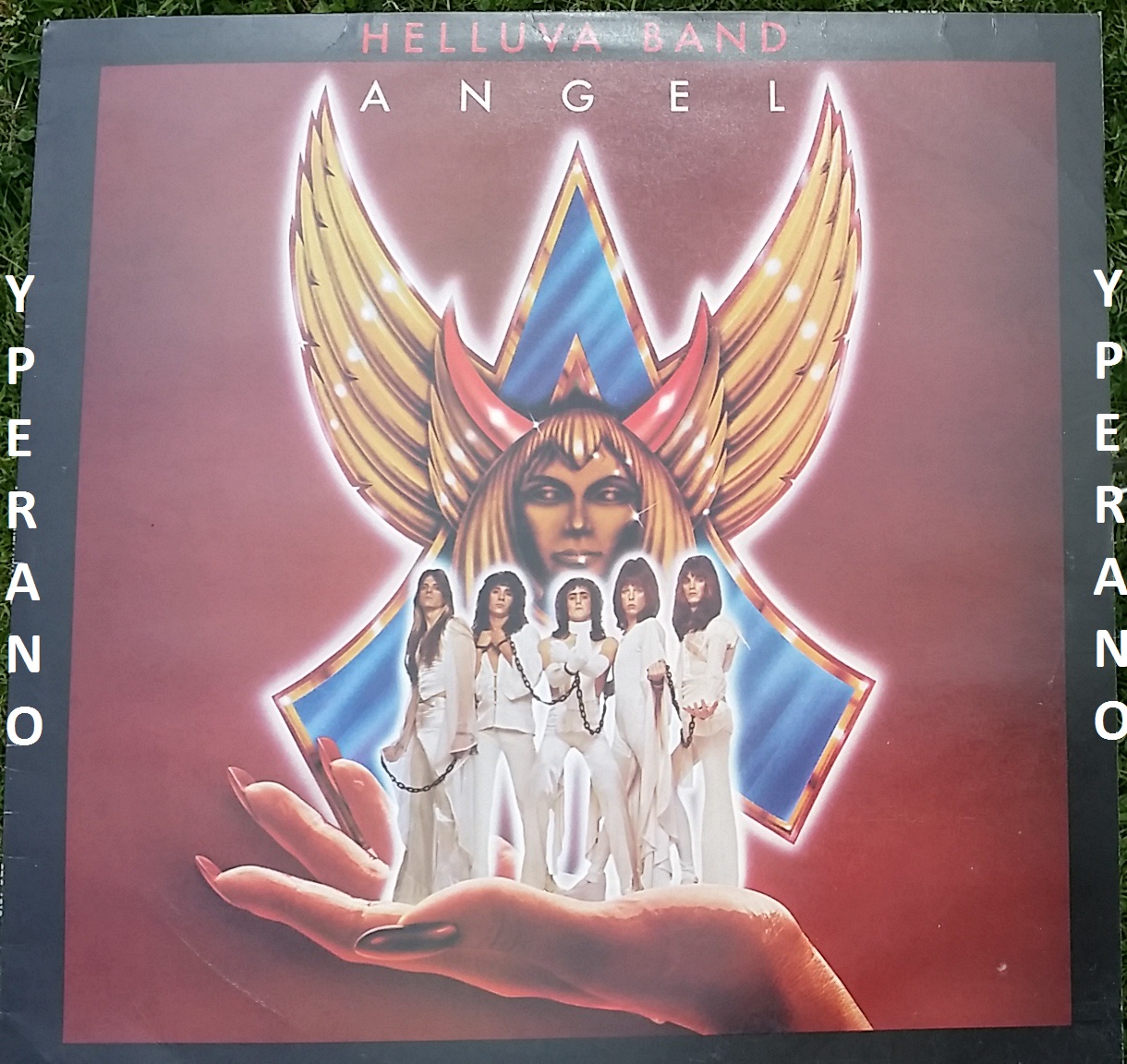 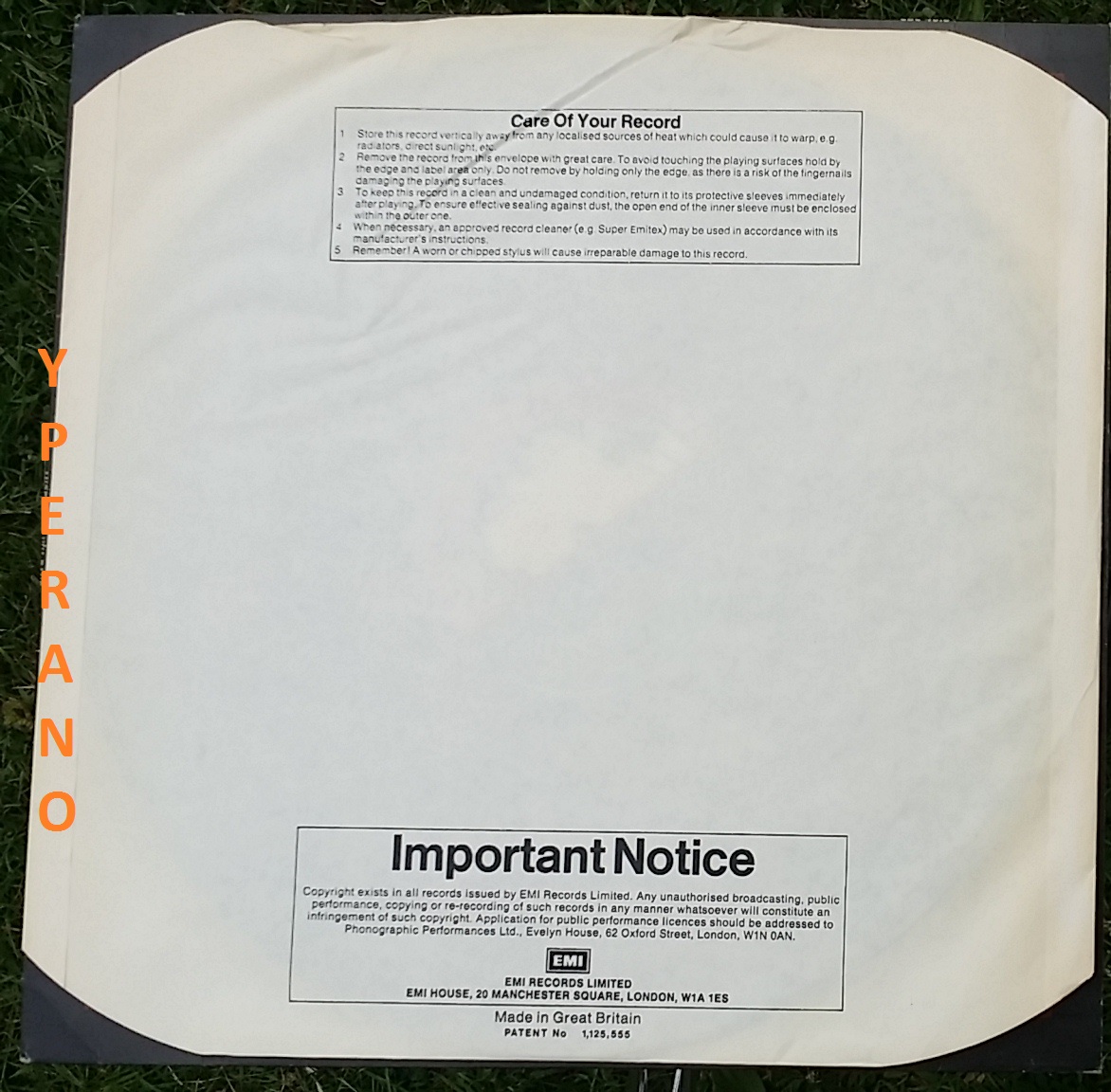 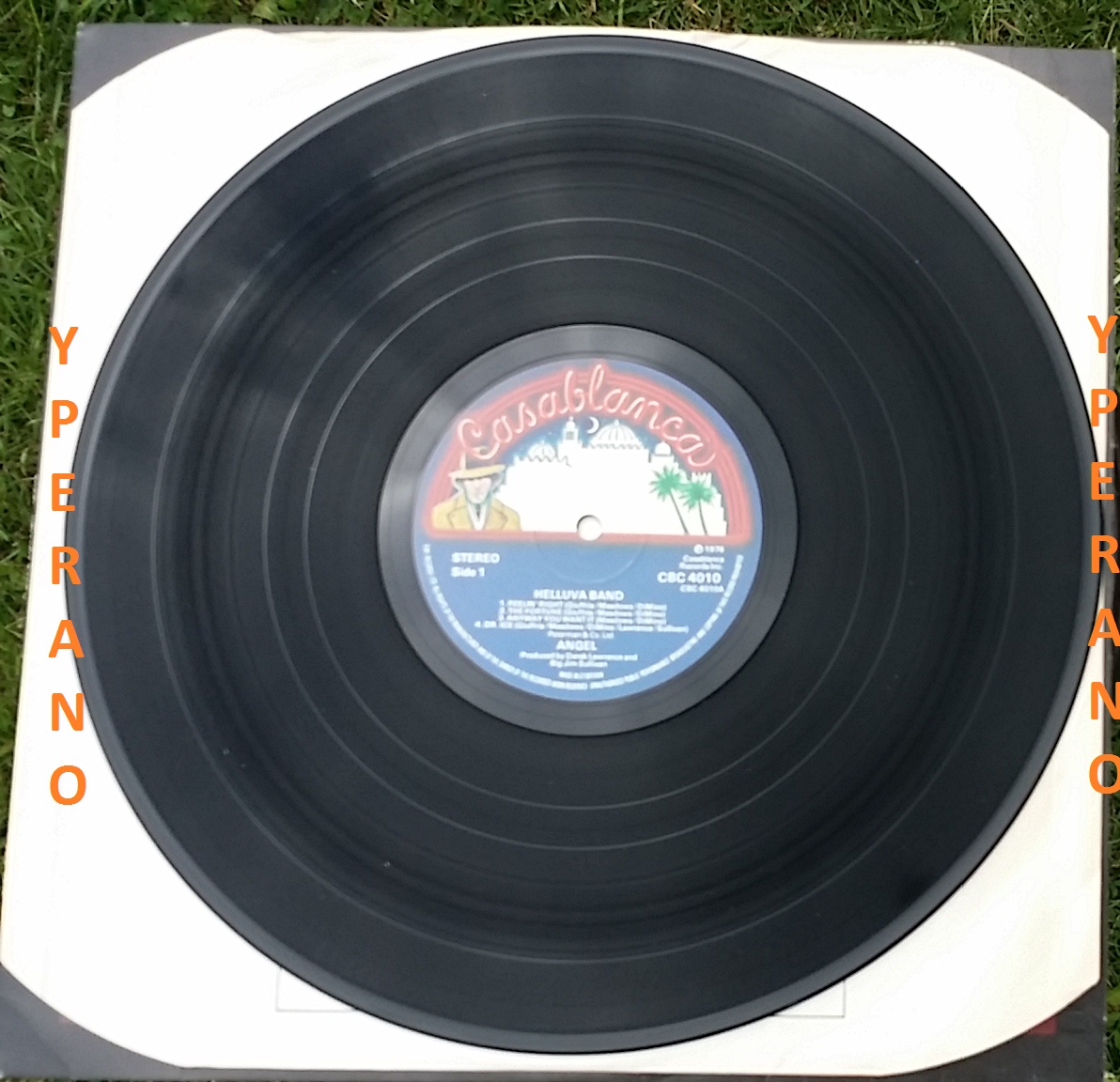 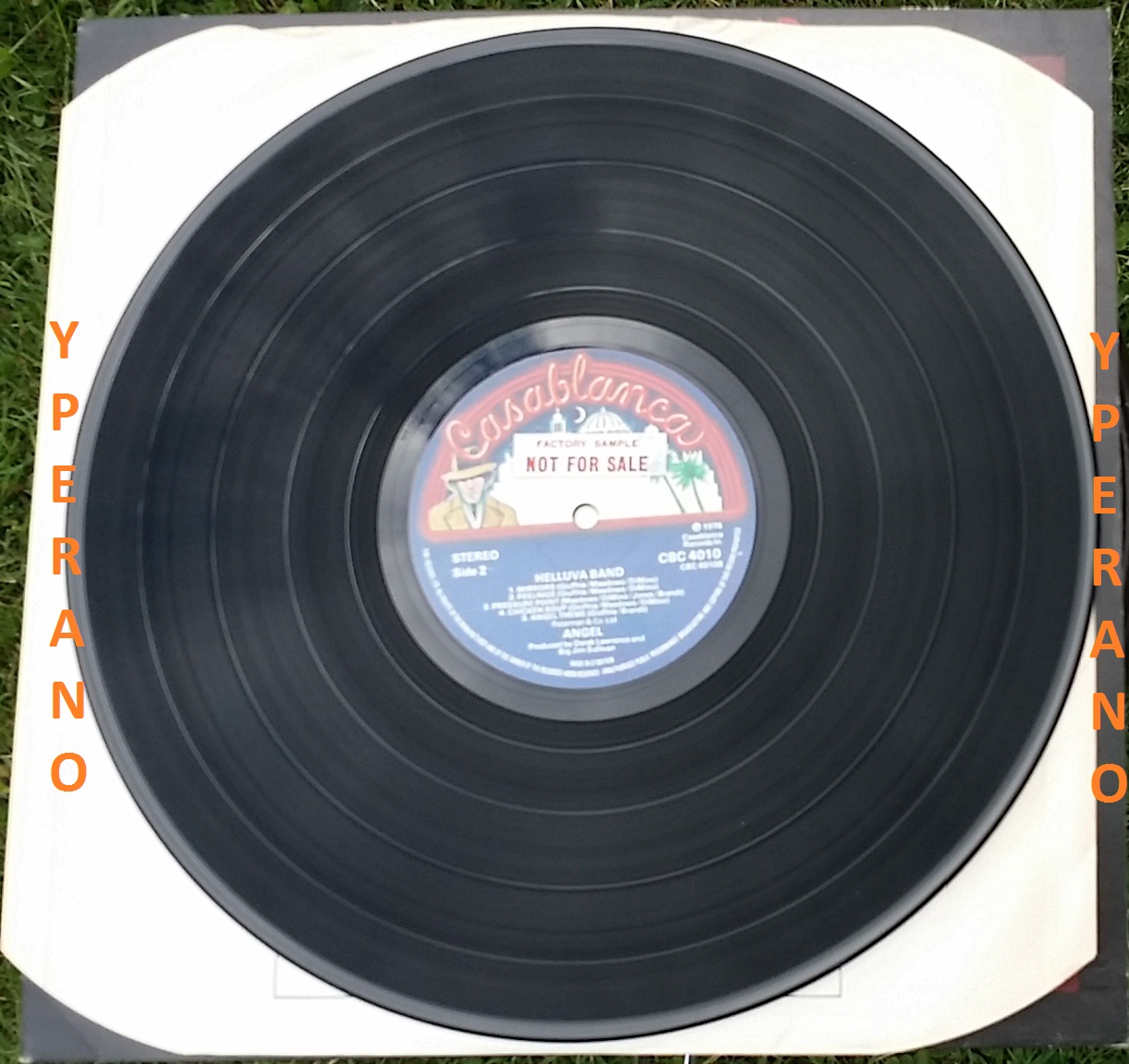 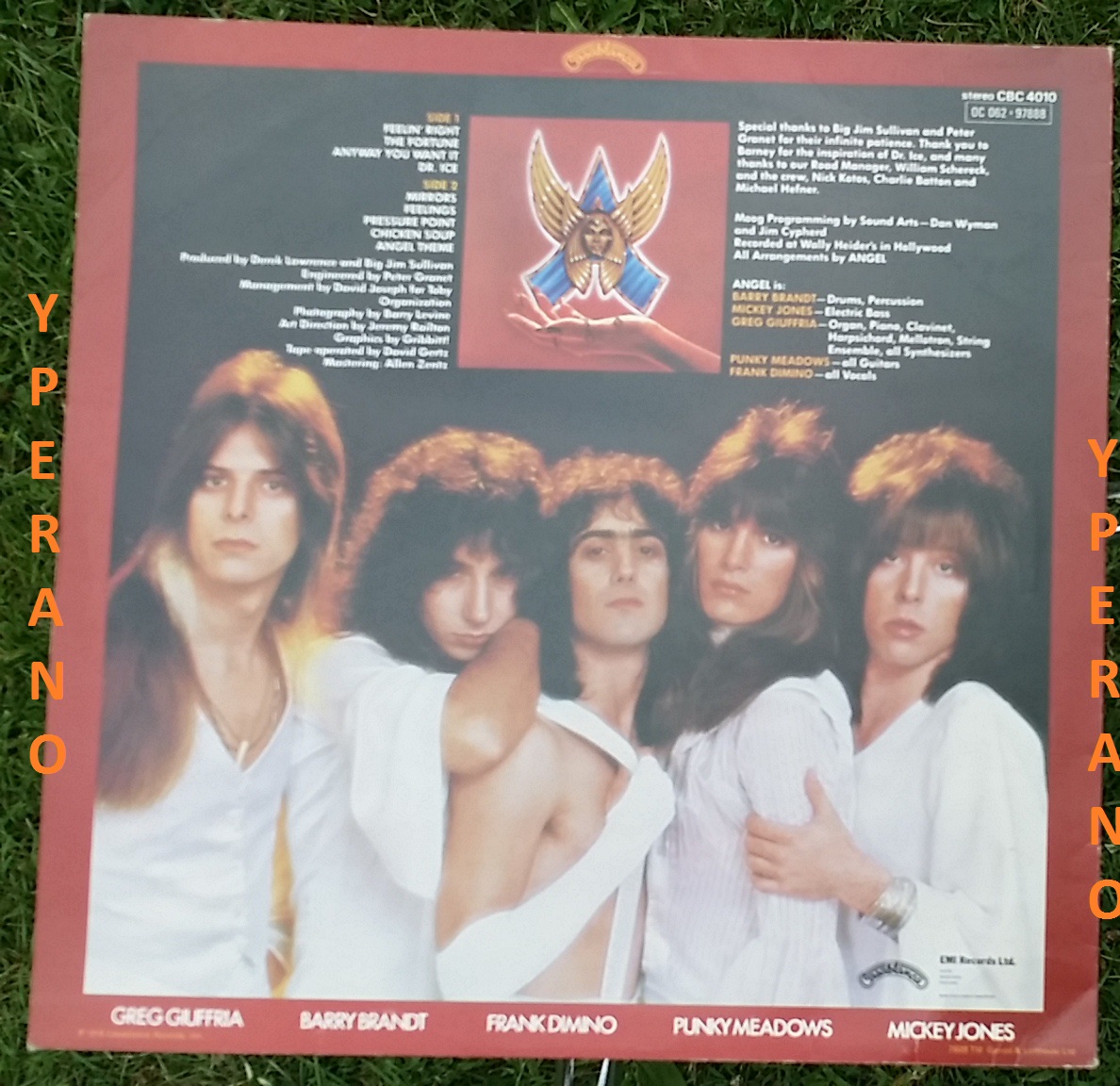 ANGEL: Helluva Band [Indeed this is a hell of a band and their most classic album. Some say that this is Greg Giuffria finest hour. I think they are right in saying so. It came out in Casablanca Records, the label of KISS and it is now very hard to find of course, since the label went bust a while after the album was released. It normally costs  £26. Our price is  £7 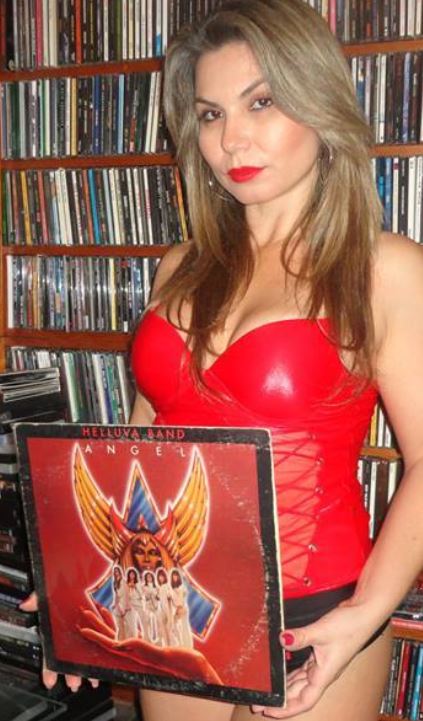 Angel seemed to have all the key ingredients for domination of the 70s rock scene: a striking, androgynous image, explosive but radio-friendly music and a spectacular stage show featuring holograms, an animated 11-foot-tall logo designed by Sid and Marty Krofft (the puppeteers responsible for surreal American kids’ TV show HR Pufnstuf ) and a disappearing trick worthy of Houdini.

Straddling the fence between the prog-rock pomp of Yes and ELP, the orchestral hard pop of Queen, Boston and ELO, and the riff-heavy raunch-rock of Kiss and Aerosmith, Angel were either a band hopelessly out of time, or a band defiantly ahead of their time. Their followers never gave up on the band, not even to this day and age!

Dressed in virgin white costumes, Angel were the antithesis to the black leather and studs aggro of Kiss, the ‘good’ Beatles in relation to Kiss’ ‘evil’ Rolling Stones. But in reality, Angel shared Kiss’ larger-than-life theatrical rock show, along with their tireless work ethic, recording six albums between the years 1975-’80. They also shared the same astute brand marketing savvy, launching their own Earth Force fan club, and selling branded necklaces, belt buckles, posters, and t-shirts.

Clearly, they were destined for superstardom. Touring with Rush, Bob Seger, Aerosmith, The Runaways, Ted Nugent, ZZ Top and Styx, Angel’s commanding live shows were magnificently eye-popping spectacles. Angel was like Yes meets Led Zeppelin and Queen.  Neil Bogart had just started Casablanca Records; David Joseph called Neil and said: “I’ve got this band called Angel. Gene Simmons and Paul Stanley saw them and just raved about them”.  Neil said: “Kiss is playing this month, let’s put Angel on as the opening act and I’ll come to that show.” Then he called back about 10 minutes later and said: “I’ll sign the band sight unseen! Gene said: ‘Under no circumstances will Angel ever open for Kiss.’” They felt threatened!!

Helluva Band is the second album by the rock band Angel. On this album Angel explores the heavier side of progressive rock, but still offers arguably one of their most progressive songs to date: “”The Fortune.””

Far and away the hardest and heaviest of Angel first five studio albums.
The album cover shows five fairly effeminate looking rockers in their white “”angel”” outfits. But, don’t worry, the glam rock phase won’t come until later! These guys are still a helluva band, though not as aerial or pristine as on their awesome debut. There is more punch and crunch in such ballsy hard rockers as “”Mirrors”” and “”Pressure Points””. Prog rock and emotional melodies are still there on “”The Fortune”” and “”Feelings”” (songs more in the vein of the 1st album). Frank Dimino is a helluva good singer. Punky Meadows is reminiscent of Brian May. Giuffria is busy as ever painting his pictures on piano, clavinet, harpsichord, mellotron and synthesizer. Really, the last ARTISTIC Angel album before the move to a wholesale AOR/””pop metal””/stadium rock format. For me, they were never the same band after 1976. This one is smokin’ though.

It a real shame that this band is one of the forgotten, because this record is a classic. With high energy songs led by powerhouse vocals and dazzling keyboard effects, this is a must for all classic rock fans.
“”Feelin’ Right”” is the straight forward rocker that kicks off the record; and it a song that utilizes the simple classic rock formula, while incorporating a sharp and resounding vocal track to do the driving. The swirling artistry of Giuffria keyboards was really what Angel existence was based on though. Even on a simple straight forward rocker like this opening track, Giuffria presence is a constant. If it not trading licks with guitarist Punky Meadows on “”Feelin’ Right””, it mesmerizing us with a four minute intro on “”The Fortune””. Every song contains a large dose of over-the-top keyboards from an amazing player. Speaking of “”The Fortune””…..it just happens to be the second track on the lp. A personal favorite of mine, “”The Fortune”” is a progressive masterpiece. A song that transmits emotion at every twist and turn. An ominous keyboard intro leads to a delicate acoustic guitar and voice moment, which ultimately culminates in a menacing jam where we hear from every member of the band. As the album progresses, we see the classic verse-chorus-verse formula put into dramatic effect. With songs like “”Anyway You Want It””, “”Mirrors””, and “”Chicken Soup”” Angel utilizes every element at their disposal to make simple classic rock songs sound like something special. The spark in these songs is usually Giuffria keys, and when it not….. you can count on Dimino vocals to keep you entranced. The combination of these two entities is best heard on the eloquent ballad “”Feelings””. A soaring and passionate joining of a tremendous vocal effort, underscored by a classical inspired piano piece. Still, in my opinion, one of the most emotional and beautiful rock ballads ever.
All of this talk about the singer and keyboard player leads one to believe that the band may be in need of a decent guitar player, right? Nah. Guitarist Punky Meadows leaves his mark on these songs also. Tracks such as “”Angel Theme””, which is for the most part a guitar solo, “”Dr. Ice”” and “”Feelings”” all contain excellent guitar parts. This is a rare case of a very good guitar player, sharing time with a literal genius on keyboards. Angel made this situation work unlike anyone else. And, finally, let mention the rhythm section of drummer Barry Brandt and bassist Mickey Jones. Putting a solid backbone on all these tracks we lose sight of their important role here. With so much going on in front of them, they need to lay a thick foundation for all of these other elements to stand upon, and they do exactly that. Bassist Jones stays simple and steady, while Brandt bangs the skins with an intensity that stays consistent and solid. This record was an all around effort by a band that had reached their peak.

Angel attempted a reunion of sorts in 1999, in which they released an album entitled “”In The Beginning””. The record had original members Dimino and Brandt, being visited by Meadows and Jones’ 1978 replacement on bass, Felix Robinson. The album saw no success, and the reunion effort soon dissipated. The chemistry and magic was with Angel for a very short period of time, and “”Helluva Band”” remains the best of that magical time.