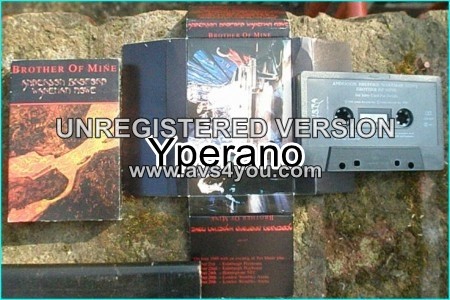 Gathering of all the great Progressive musicians. Members of Yes, etc. Comes in a cigarette like package…

Yes were in a legal mess at the time and so Jon Anderson, Bill Bruford, Rick Wakeman and Steve Howe were not able to use the name Yes. Instead they hit upon the catchy ‘Anderson, Bruford, Wakeman, Howe’ and toured playing lots of old Yes numbers to a very high standard augmented by the well known bassist Tony Levin in place of ‘Fishy’ Chris Squire. They also recorded an album and seamlessly slotted in many of the tracks from it to the set; so much like classic Yes tracks they sound.

The track ‘Themes’ sets the scene for what is to come very well with its extended instrumental breaks and nonsensical lyrics.

Next up is a ten minute version of the single ‘Brother of mine’ which is one of those tunes which you cannot get out of your head once you’ve listened to it. Some nice keyboard playing again from Rick who really does seem to come out well into the mix throughout the early tracks.

Vultures (In The City) is an exclusive non album track

Anderson Bruford Wakeman Howe received a warm critical and commercial reception upon the release of their sole album, reaching No. 14 on the UK Albums Chart and No. 30 on the US Billboard 200. In August 1989, the album was certified gold by the Recording Industry Association of America (RIAA) for selling 500,000 copies in the US. The band released “Brother of Mine” as single  in 1989.

5.0 out of 5 stars Revisit the Magic of Yes’ Glory Years

“”Brother of Mine”” is a solid, muscular prog excursion, with expert musicianship and multiple segments. The opening track “”Themes”” is exciting and adventurous; the four Yes men are having fun experimenting with musical variations.

It’s a shame Squire wasn’t part of ABWH. ABWH could have been called Yes, and with his input, the album could have joined the all -time Yes classics of the ’71-’77 era. Nonetheless, it is very solid  progressive rock, and well worth adding to your collection.

Be the first to review “ANDERSON, BRUFORD, WAKEMAN, HOWE: Brother Of Mine [Cassette tape] 1989 RARE UK! In a cigarette like package! Contains Vultures (In The City) an exclusive -non album- NOT available elsewhere song. Members of Yes. Check video” Cancel reply 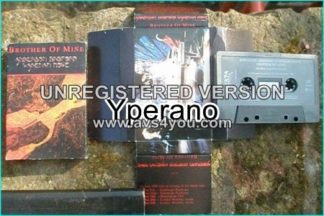 You're viewing: ANDERSON, BRUFORD, WAKEMAN, HOWE: Brother Of Mine [Cassette tape] 1989 RARE UK! In a cigarette like package! Contains Vultures (In The City) an exclusive -non album- NOT available elsewhere song. Members of Yes. Check video £4.99
Add to basket