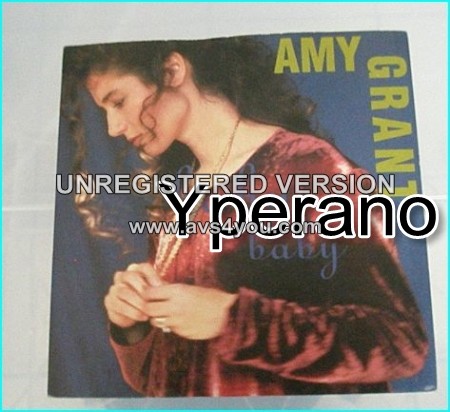 Amy GRANT: Baby, baby (no getting over you MIX) light A.O.R 7″ Check video

“Baby Baby” is a 1991 single by Christian music and pop music singer Amy Grant. It was the theme song to the Heart In Motion concept album, and was the first single derived from that album. The lyrics are the source of the albums title. The music video features Grant singing alongside her man (portrayed by model Jme Stein, who also appeared in her other video “Good for Me”).
The song is featured on the soundtrack to the 2005 film Mr. & Mrs. Smith (albeit, a cover version). It is also featured in the 2004 film Harold & Kumar Go to White Castle. It was also briefly referenced in the 30 Rock episode Queen of Jordan where it was derided as “white nonsense.”

“Baby Baby” was Amy Grants biggest hit since her 1986 duet with Peter Cetera, “The Next Time I Fall.” In the United States, “Baby Baby” was Grants second number-one hit on the pop charts and her first as a solo artist, topping the Billboard Hot 100 and Adult Contemporary charts for two and three weeks, respectively. The single reached the Top Ten in seven countries, in addition to reaching #11 in Switzerland. In Britain, “Baby Baby” was the singers first (and only) Top Five hit in that country, reaching #2. In the end, “Baby Baby” proved to be Grants biggest hit and one of the most successful singles of 1991.

Nominations:
“Baby Baby” received 1991 Grammy nominations for Best Female Pop Vocal Performance, Record of the Year, and Song of the Year, but lost in all three categories.

Amy Grant was moving firmly into pop territory with her 1991 album ‘Heart in motion’. ‘Baby baby’ was the first single drawn from the album and it was the biggest hit of her career. Not only did it top the US Billboard Hot 100 chart, it also reached number 2 in the UK singles chart (her first and biggest hit in the UK) and number 31 in the Dutch Top 40 (her only hit in the Netherlands).

Be the first to review “Amy GRANT: Baby, baby (no getting over you MIX) light A.O.R 7″ Check video” Cancel reply 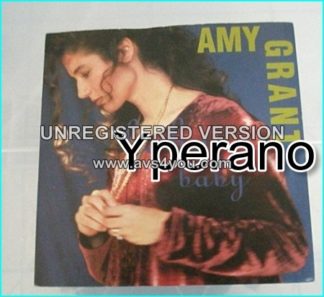