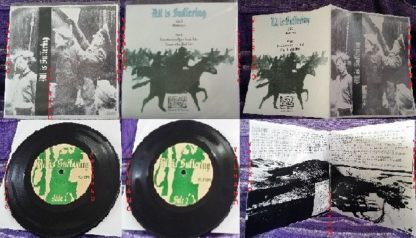 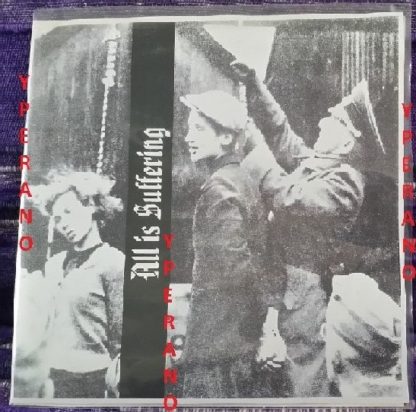 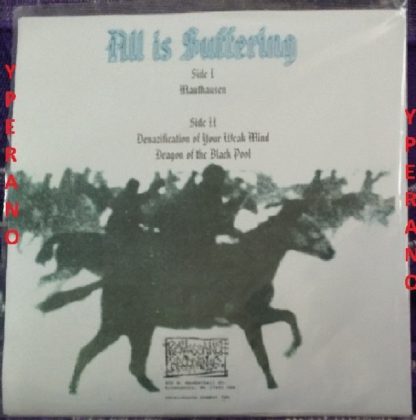 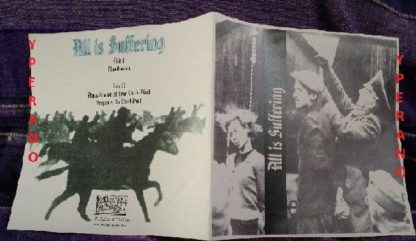 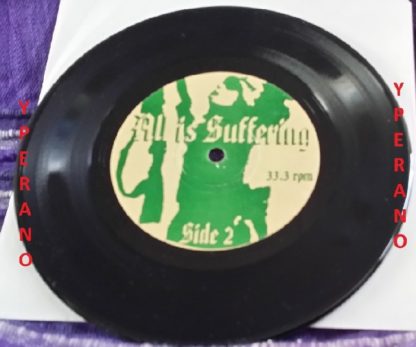 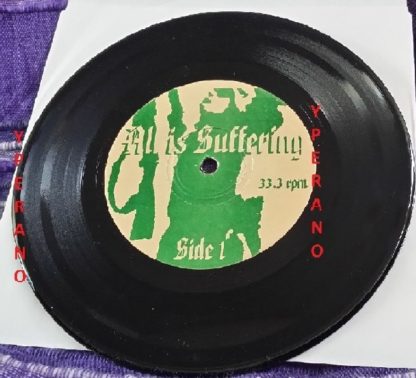 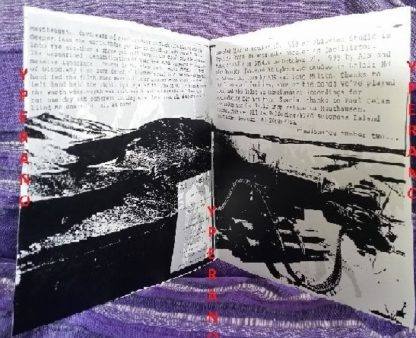 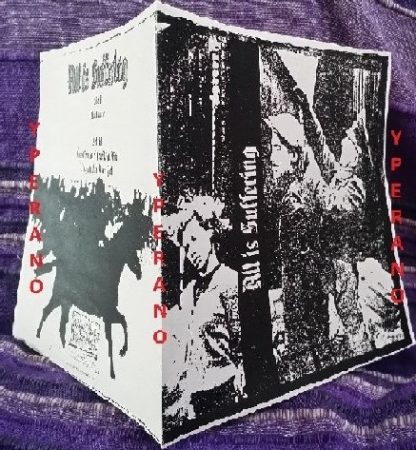 ALL IS SUFFERING 7″ Ultra Rare US Death Grind. Pressed in 100 copies! Check audio. 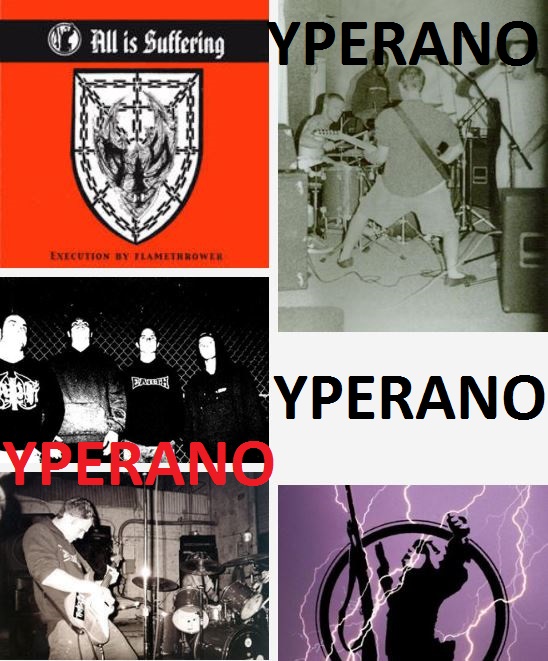 DARK HC WITH A FOCUS ON THE BRUTAL METAL SOUND includes insert with lyrics, info, etc.

probably the best crust/black metal/hardcore bands of the past 20 years….from Maryland and existed from 1997-2004 or in that general time frame…just epic, pulverizing stuff……the song “mauthausen” is a master work of sound……….i cant recommend this record or band highly enough……I advise everyone to pick this 7″ up as soon as possible.

Marylands’ All Is Suffering would be just as easily found opening for Iron Maiden as they could playing the dirtiest DIY basement venue. This is to say that the band owes just as much to eighties thrash metal as it does to modern crusty hardcore. Seriously pummeling riffs backed by pounding drums that would have and grindcore/metal/punk band drooling, and vocals that are shrieked with gut wrenching force. This band encompasses everything that is great about hardcore. This 7″ will forever be a document of the bands progression and where they were heading. If this band were still around today they would be standing atop a pile of their less talented contemporaries.

ALL IS SUFFERING combine rabidly violent grindcore and epic black/death metal with monastic chants, blackened drones, incredibly catchy melodies, and a cosmic end time ambience. Some have compared them to HIS HERO IS GONE meets MARDUK interspersed with jet-black pools of Koner-esque drone.

Songs:  Mauthausen + Denazification of Your Weak Mind + Dragon of the Black Pool

sounds killer!
Seriously, though, the three songs that are on display here are superb. Thankfully, the track Mauthausen and its soul crushing choral interlude made the cut. The emotion conveyed by this track is the perfect aural counterbalance to the hauntingly provocative artwork of a Nazi in the process of hanging a man while a girl dangles on the end of her own rope. All three people in the picture have the same expression. It hits you right there in your gut, just like this crushing band.

Be the first to review “ALL IS SUFFERING 7″ Ultra Rare US Death Grind. Pressed in 100 copies! Check audio.” Cancel reply 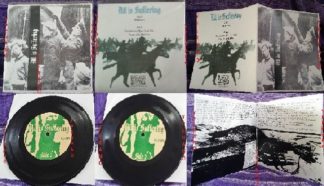