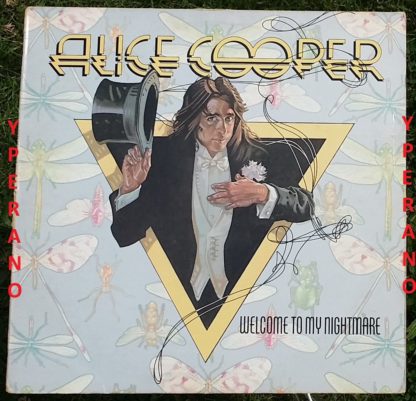 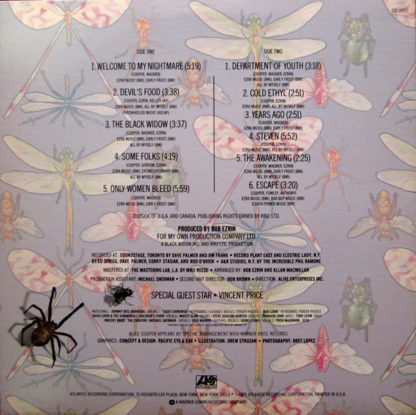 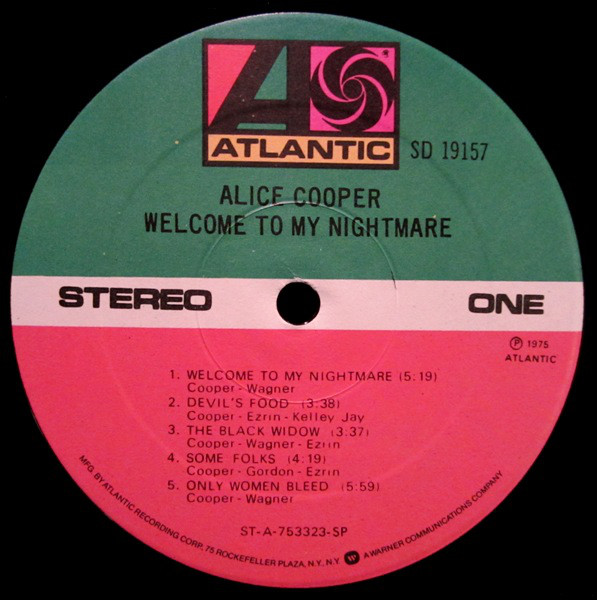 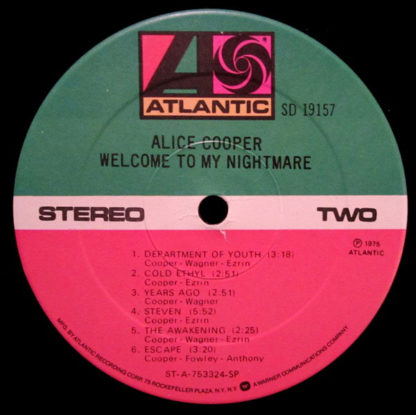 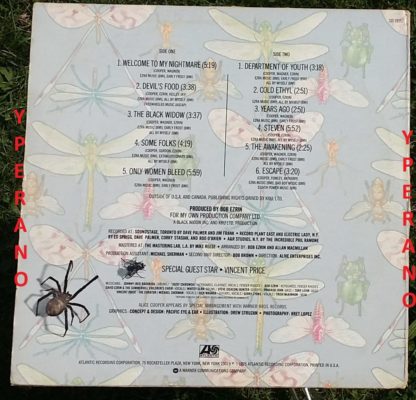 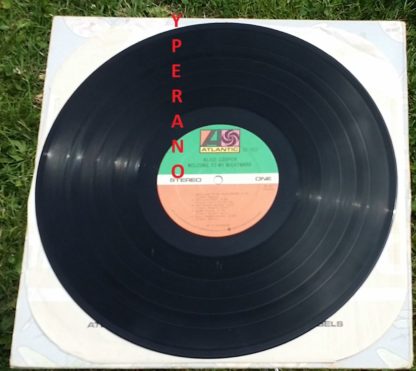 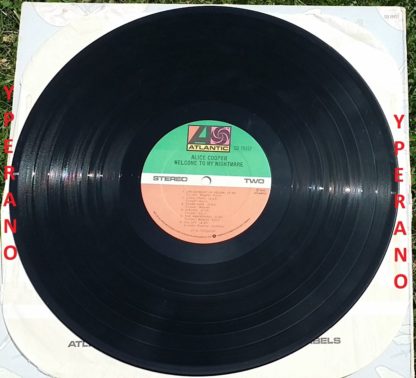 The gold standard of Alice Cooper albums, Welcome To My Nightmare is the singer’s first solo release after leaving the band who originally held the name. That narrowing of influence and single-minded focus is perhaps what makes it such a mind-blowing record and the cornerstone of what Alice Cooper is in the greasepaint-circled eyes of the world. Featuring voodoo dance tracks (the title track), stomping metal anthems (The Black Widow), maniac vaudeville numbers (Some Folks), and epic macabre show tunes (Stephen), the album is tour through the mind of a mad showman who takes his pay in shrieks and cackles. Roll up, roll up! 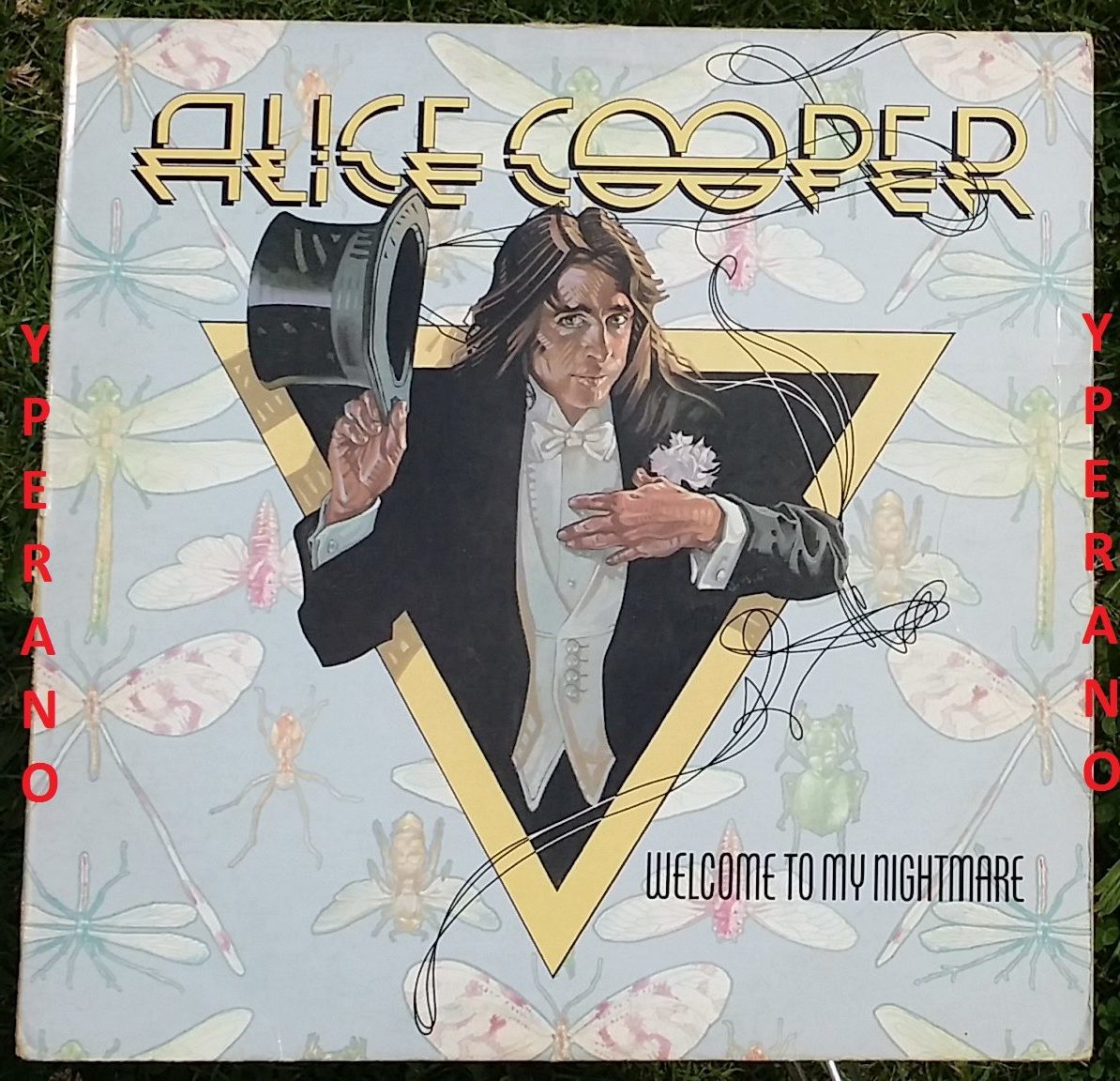 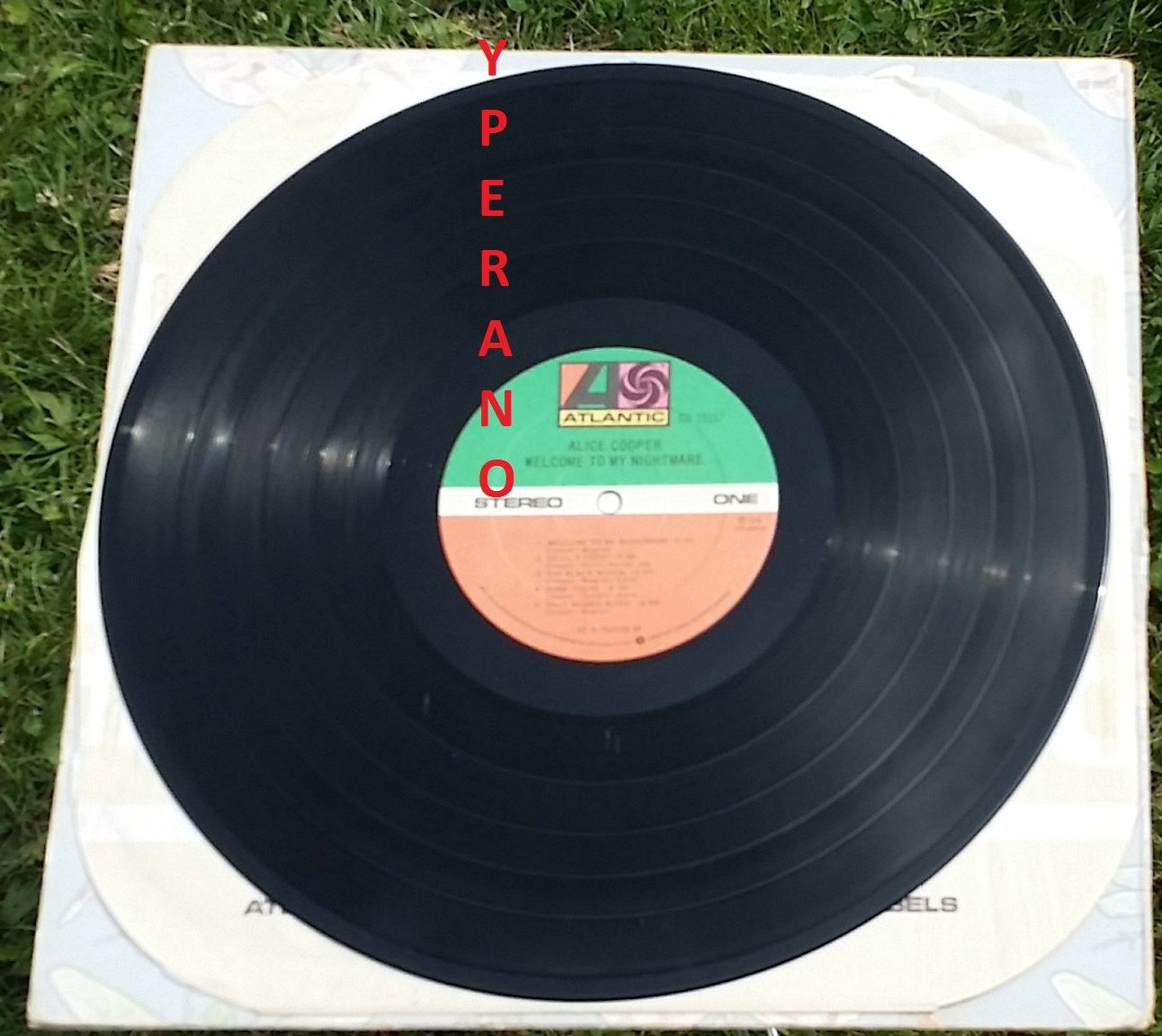 SAMPLES:  www.allmusic.com/album/welcome-to-my-nightmare-mw0000651399
With the 1974 disintegration of the original Alice Cooper group, Alice was free to launch a solo career. He wisely decided to re-enlist the services of Bob Ezrin for his solo debut, Welcome to My Nightmare, which was a concept album tied into the story line of the highly theatrical concert tour he launched soon after the album release. While the music lost most of the gritty edge of the original AC line up, Welcome to My Nightmare remains Alice best solo effort — while some tracks stray from his expected hard rock direction, there plenty of fist-pumping rock to go around. The disco-flavored, album-opening title track would be reworked on the stage as more of a hard rock tune, while “”Some Folks”” dips into cabaret territory, and “”Only Women Bleed”” is a sensitive ballad that became a Top Ten hit. But the rockers serve as the album foundation — “”Devil Food,”” “”The Black Widow,”” “”Department of Youth,”” and “”Cold Ethyl”” are all stand-outs, as is the more tranquil yet eerie epic “”Steven.”” Despite this promising start to Cooper solo career, the majority of his subsequent releases were often not as focused and were of varying quality.

Welcome to My Nightmare is the eighth studio album by Alice Cooper, released in 1975. This was Alice Cooper first solo album (all previous Alice Cooper releases were band efforts). It is a concept album; the songs, heard in sequence, form a journey through the nightmares of a child named Steven. It inspired the Alice Cooper: The Nightmare TV special and a worldwide concert tour in 1975, and the Welcome To My Nightmare concert film in 1976. In 2011, the sequel Welcome 2 My Nightmare was released.

The cover artwork was created by Drew Struzan for Pacific Eye & Ear. Rolling Stone would later rank it 90th on the list of the “”Top 100 Album Covers Of All Time”” Famed film actor of the horror genre Vincent Price provided the introductory monologue in the song “”The Black Widow””.

Welcome to My Nightmare received generally mixed reviews upon release. Dave Marsh of Rolling Stone called the album “”a TV soundtrack that sounds like one. The horn parts are so corny you might imagine that you’re listening to the heavy-metal Ann-Margret.”” He noted the absence of the original Alice Cooper band, stating, “”without the wildness and drive of the sound the Cooper troupe had, the gimmicks on which Alice the performer must rely are flat and obvious.”” He concluded by saying that it “”is simply a synthesis of every mildly wicked, tepidly controversial trick in the Cooper handbook. But in escaping from the mask of rock singer which he claimed he found so confining, Cooper has found just another false face.””

In addition, Robert Christgau rated the album a B- grade, stating that it “”actually ain’t so bad -“ no worse than all the others.”” He stated that the varying compositions of the songs would potentially cause the album to influence younger listeners, saying: “”Alice nose for what the kids want to hear is as discriminating as it is impervious to moral suasion, so perhaps this means that the more obvious feminist truisms have become conventional wisdom among at least half our adolescents.””

However, a retrospective review by Allmusic Greg Prato was more positive. Prato considered the album as Cooper best solo work, despite the absence of the original band: “”While the music lost most of the gritty edge of the original AC lineup, Welcome to My Nightmare remains Alice best solo effort -“ while some tracks stray from his expected hard rock direction, there plenty of fist-pumping rock to go around.”” However, he maintained that “”the rockers serve as the album foundation -“ “”Devil Food,”” “”The Black Widow,”” “”Department of Youth,”” and “”Cold Ethyl”” are all standouts, as is the more tranquil yet eerie epic “”Steven.”” He concluded by comparing the album to Cooper next solo efforts by stating: “”Despite this promising start to Cooper solo career, the majority of his subsequent releases were often not as focused and were of varying quality.”” 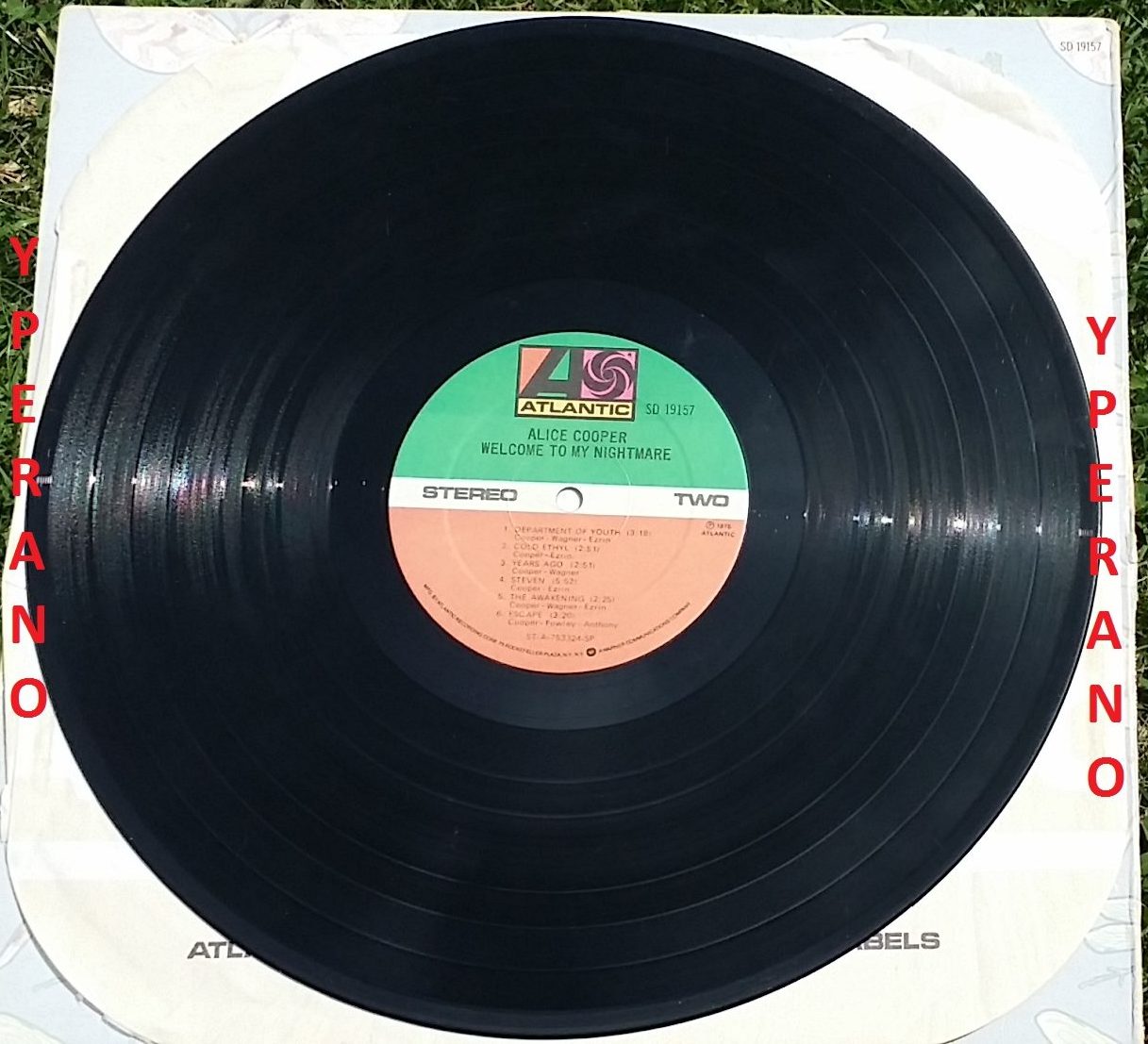 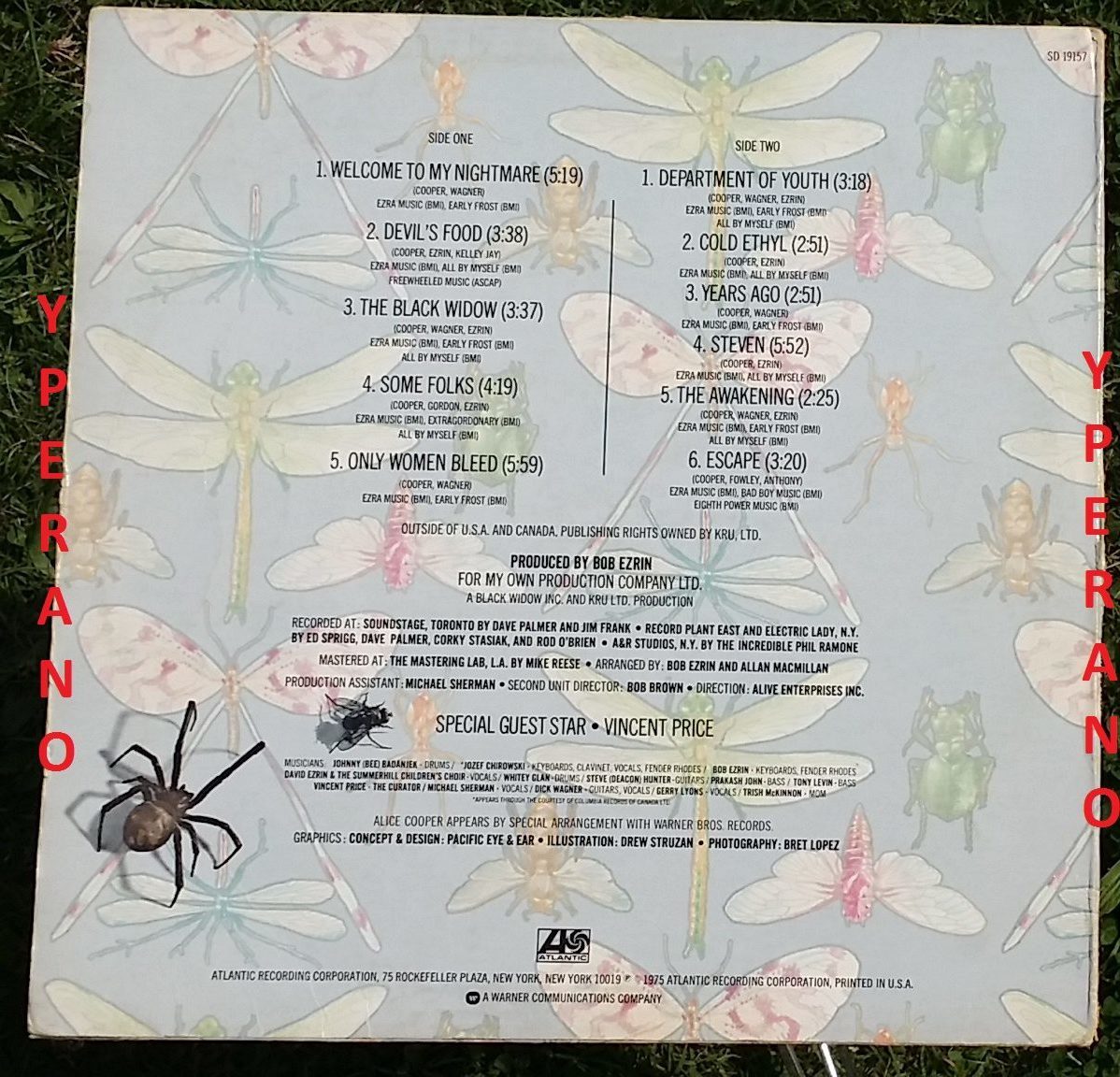 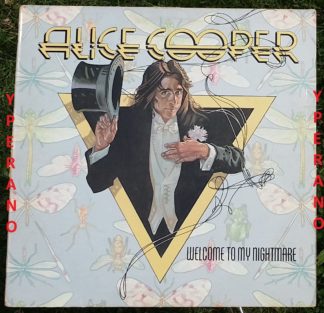