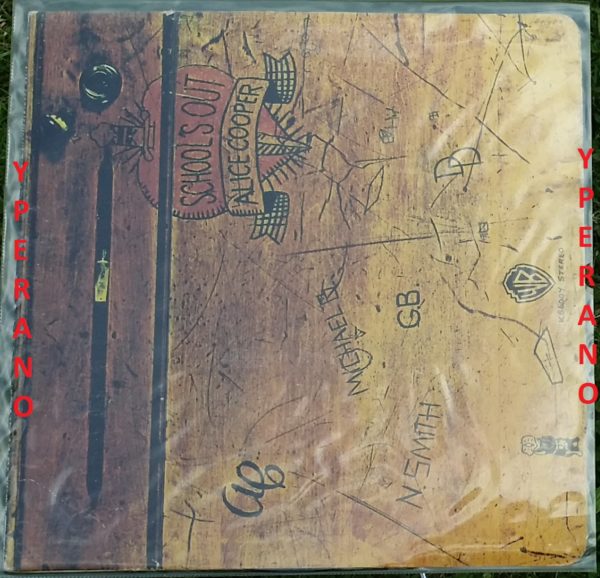 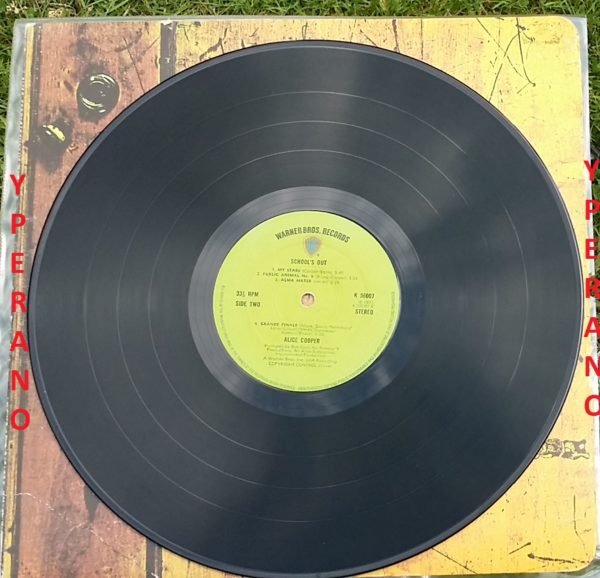 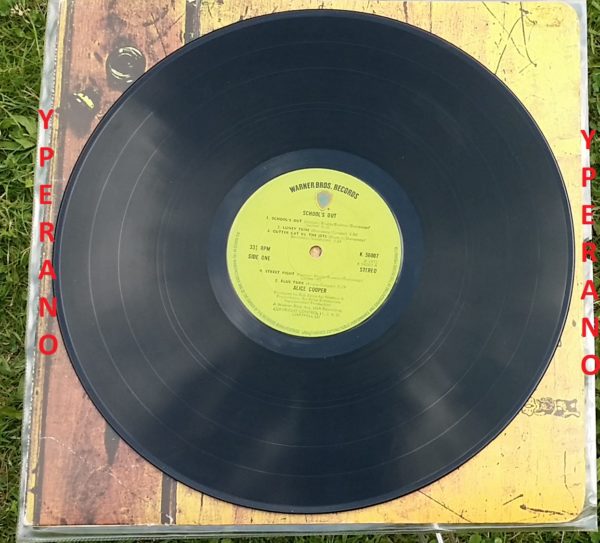 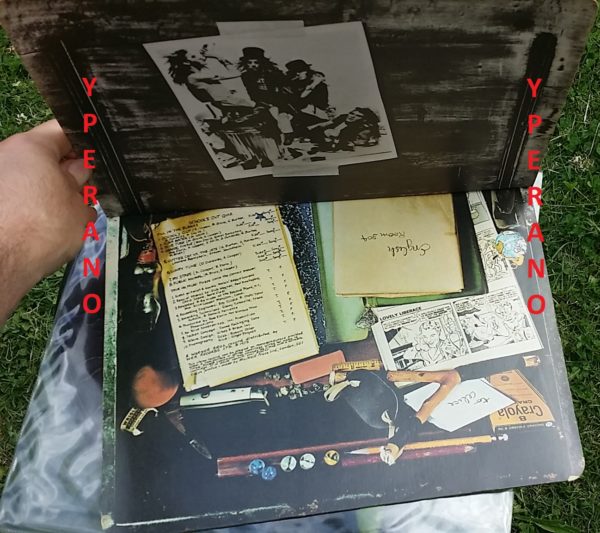 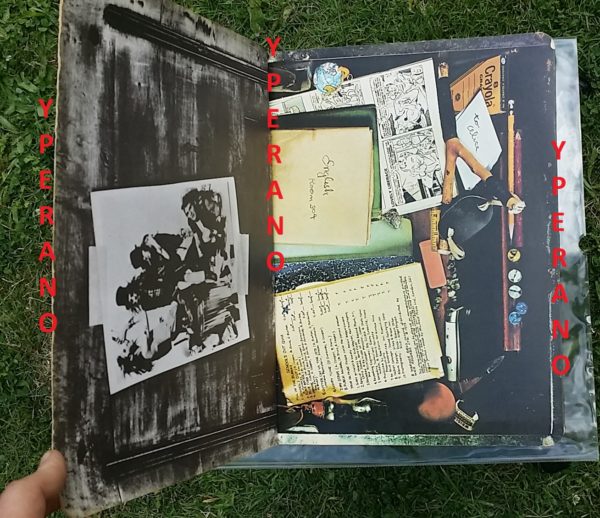 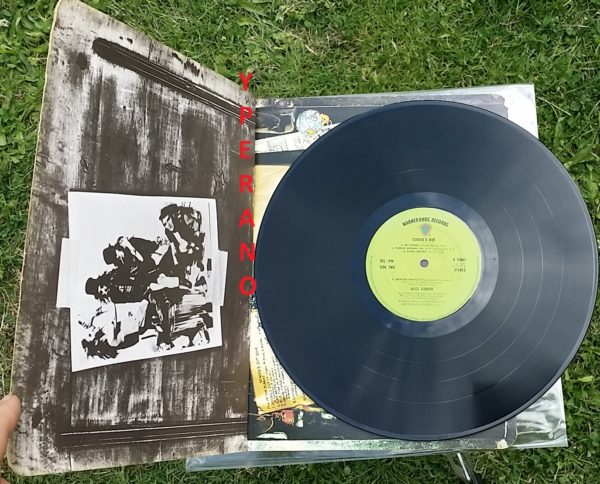 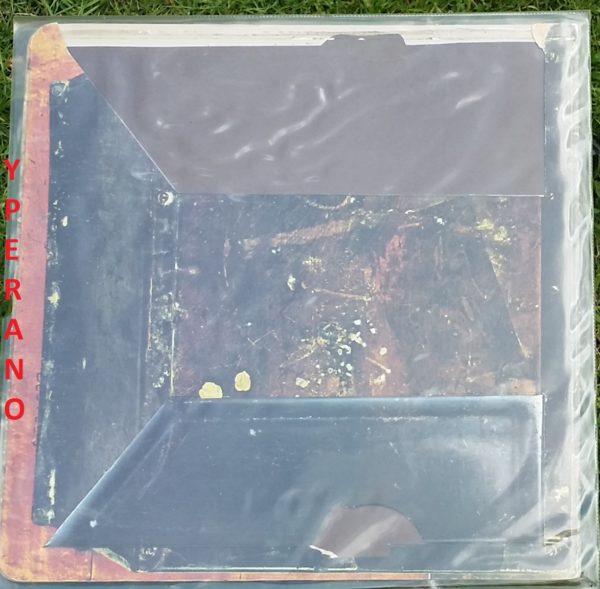 Early jacket version. Has fold open die-cut desktop.
Back cover does not have song titles listed.

Early jacket version. Has fold open die-cut desktop.
Back cover does not have song titles listed. 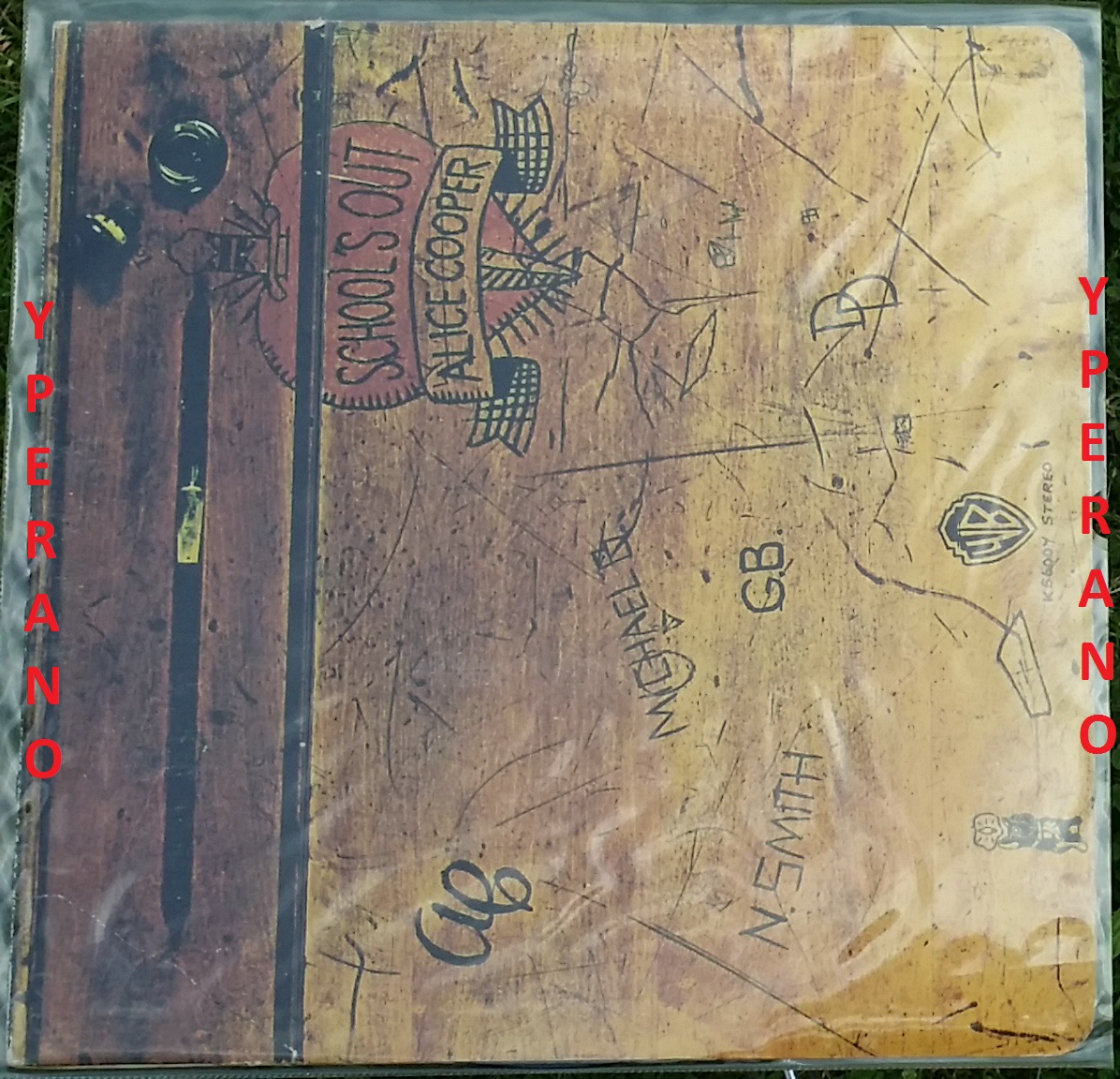 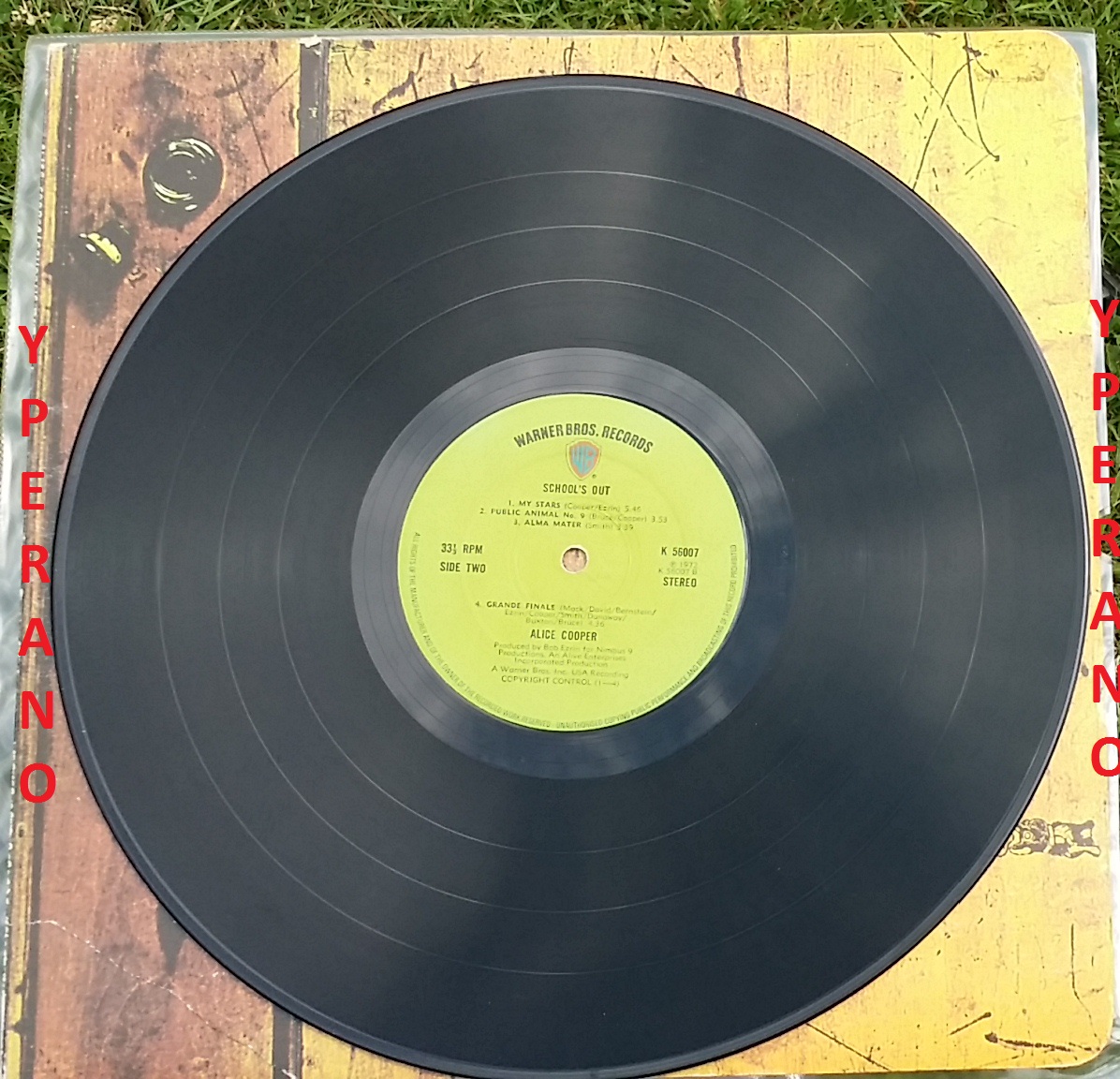 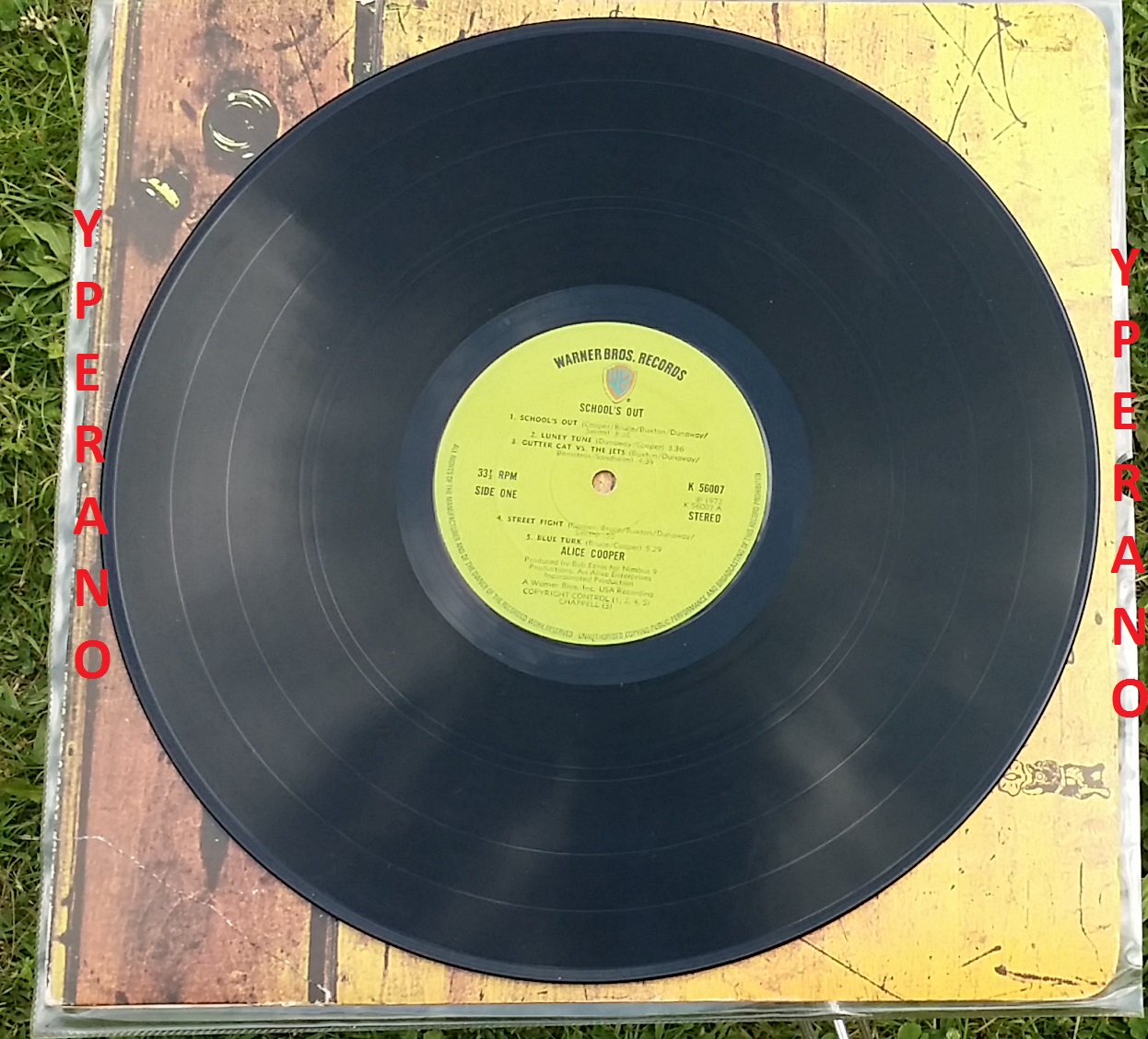 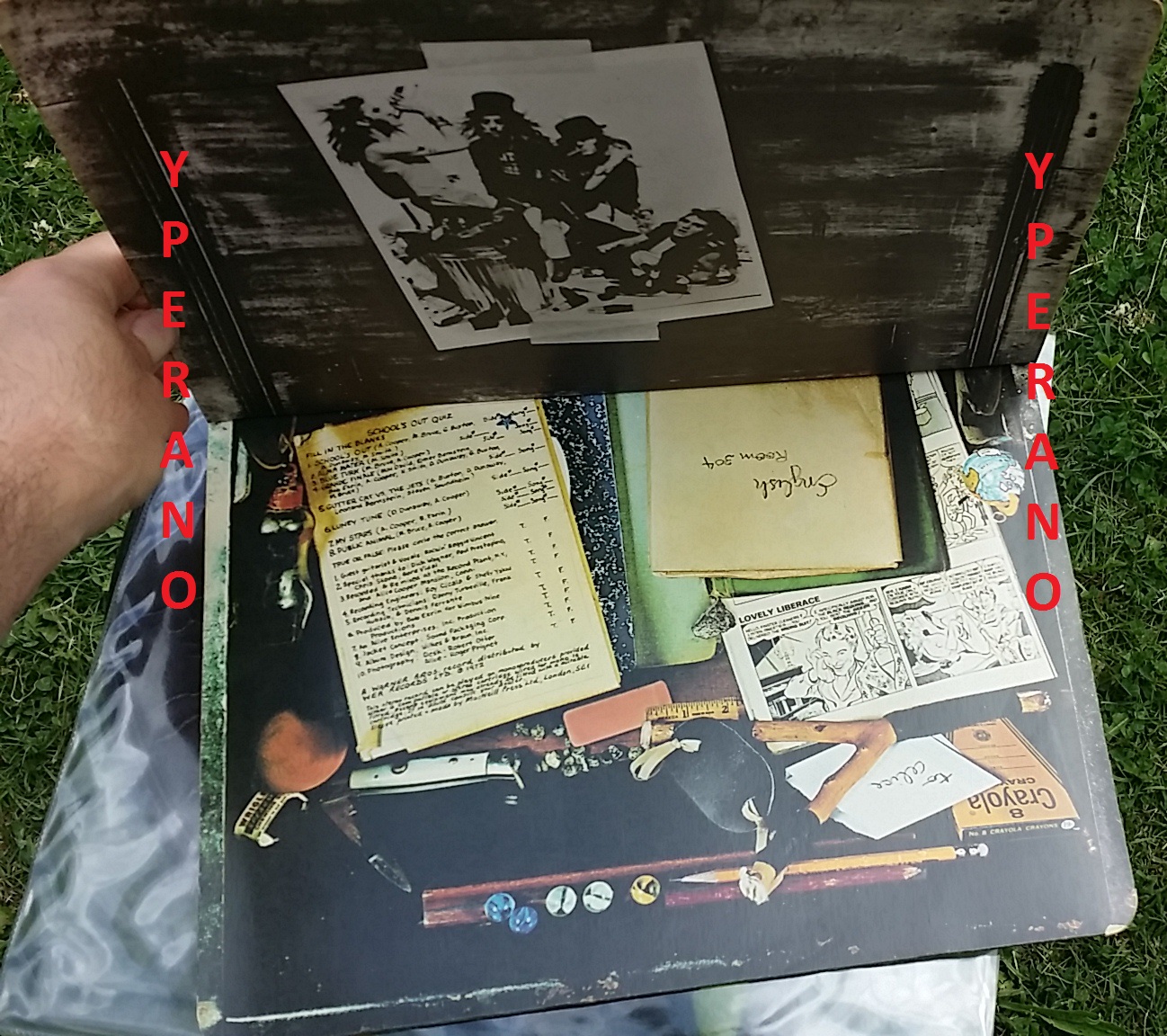 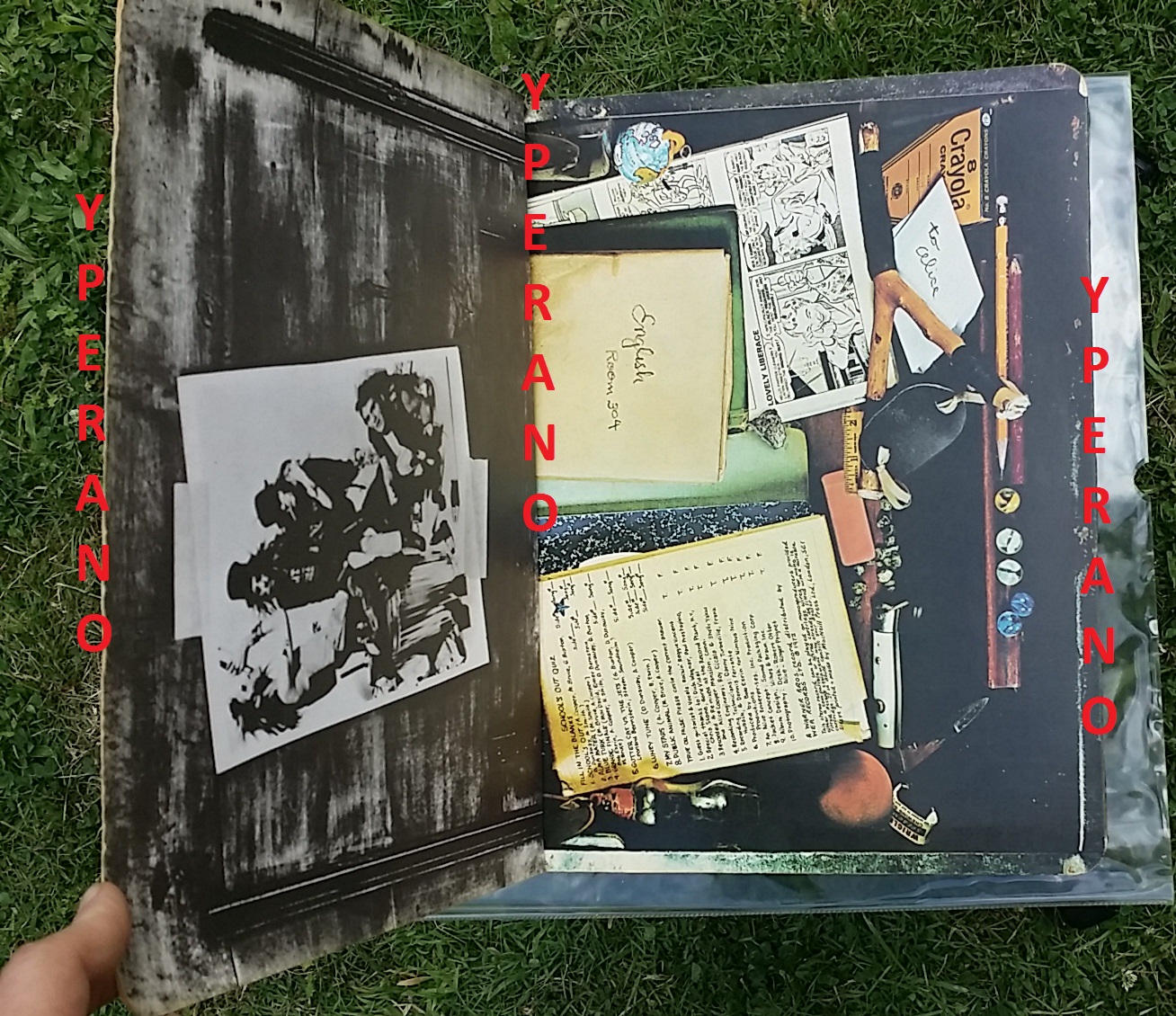 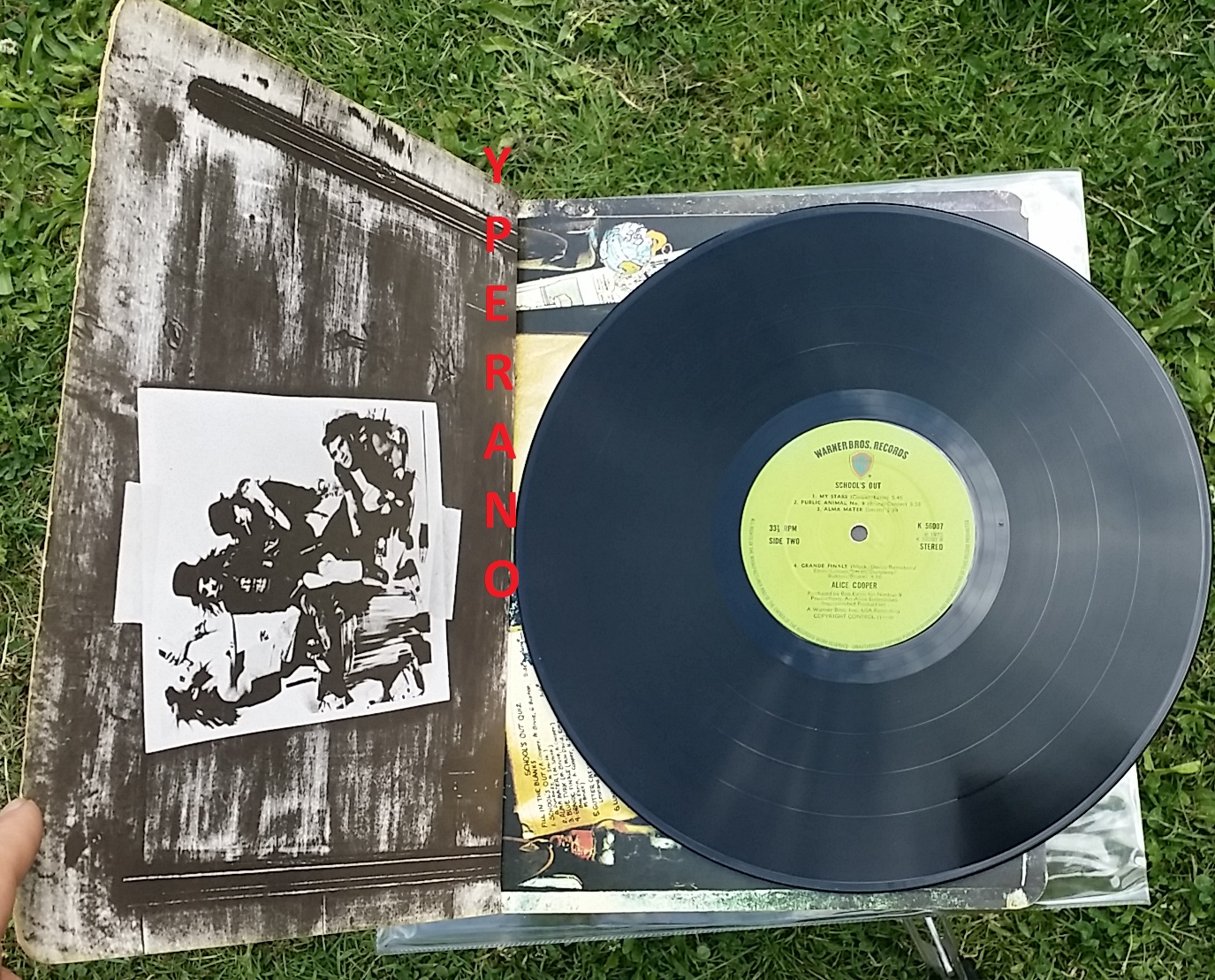 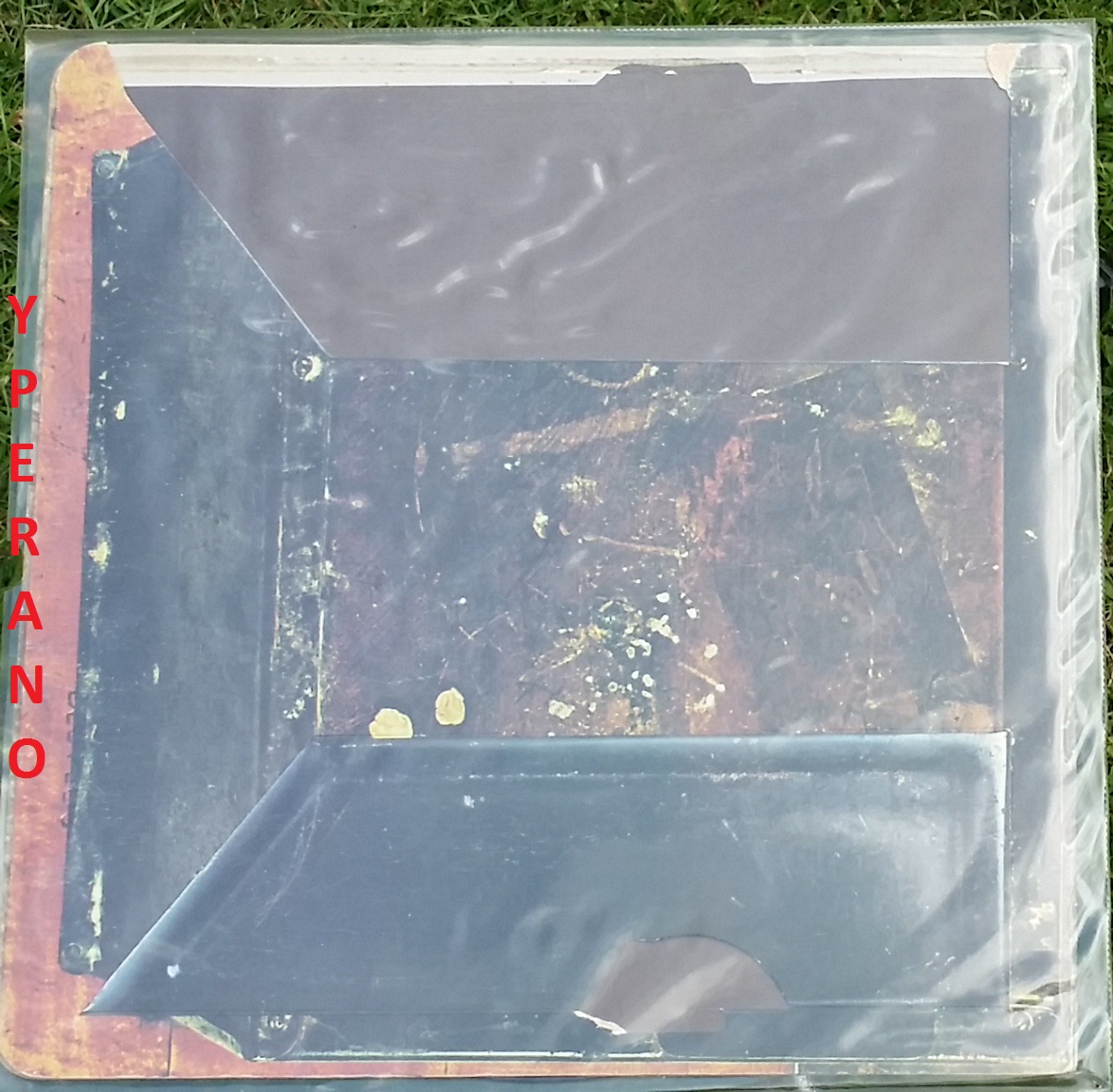 Schools Out catapulted Alice Cooper into the hard rock stratosphere, largely due to its timeless, all-time classic title track. But while the song became Alice’s highest-charting single ever (reaching number seven on the U.S. charts) and recalled the brash, three-and-a-half-minute garage rock of yore, the majority of the album signalled a more complex composition direction  for the band.

Unlike Coopers previous releases Love It to Death, Killer, which contained several instantly identifiable hard rock classics, Schools Out appears to be a concept album, and aside from the aforementioned title track anthem, few of the other tracks have ever popped up in concert.
That’s not to say they weren’t still strong and memorable; while such cuts as Gutter Cat vs. The Jets, Street Fight, My Stars, and Grande Finale came off like mini-epics with a slightly progressive edge, Alice Cooper still managed to maintain their raw, unrefined punk edges, regardless.
Other highlights included the rowdy Public Animal #9, the mid-paced Luney Tune, and the sinister, cabaret-esque Blue Turk.