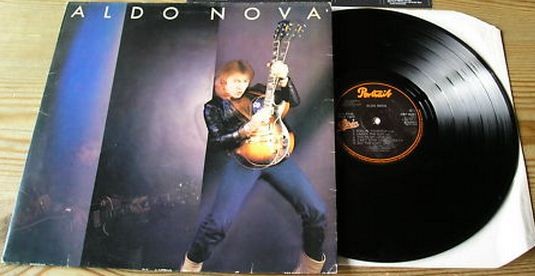 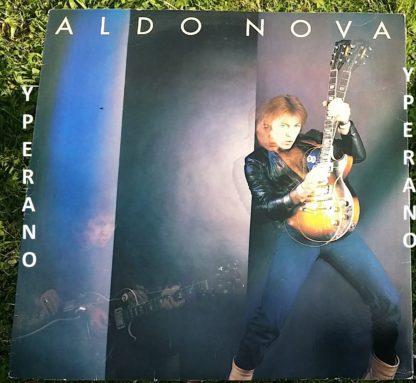 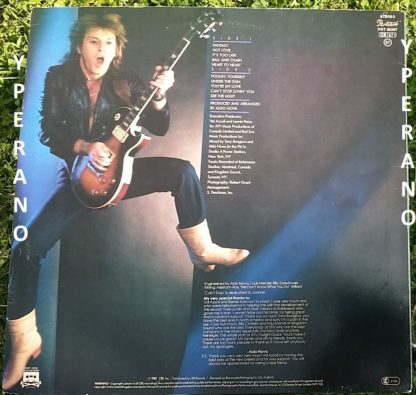 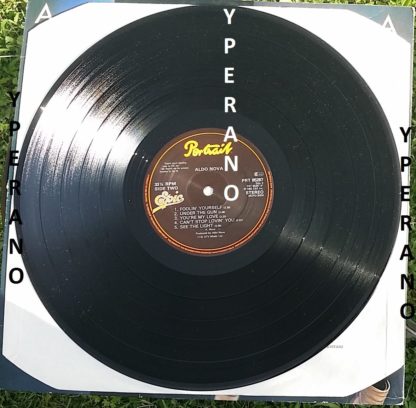 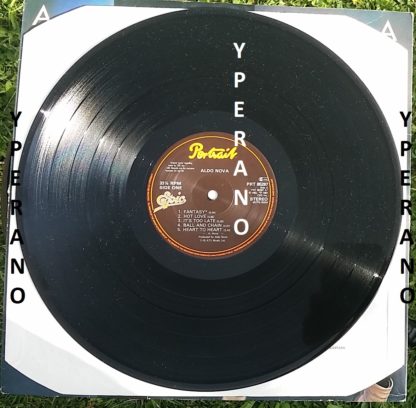 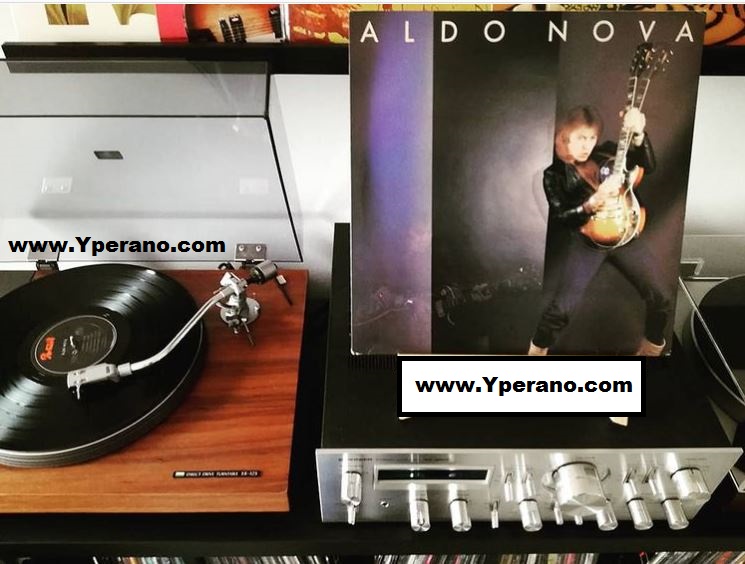 Signing with Portrait Records, Nova released a self-produced album, Aldo Nova, in 1981. It had two singles: “Fantasy” and “Foolin’ Yourself”. “Fantasy” made him what some would call a one hit wonder….

Aldo Nova is the self-titled debut album by Canadian rock musician Aldo Nova, released in 1982. It successfully reached number 8 on the Billboard 200. The overall sound is poppy, melodic hard rock enlivened by plenty of guitar solos.
Aldo Nova was certified Gold by the RIAA on May 14, 1982, Platinum on February 14, 1989, and Double Platinum on December 5, 1994.

Canadian rock singer/songwriter Aldo Nova doesn’t get enough credit for helping invent the 1980s pop-metal genre, which focused equally on hard rocking anthems and soaring power ballads. Aldo Nova appeared in 1982 complete with irresistible melodies and choruses, explosive guitar licks, and huge-sounding drums. It was a full year or more before Def Leppard, Night Ranger, Bon Jovi, and others would latch on to this formula and rocket to stardom. Nova wrote, produced, arranged, and performed his double-platinum debut album by himself, except for drums and some bass guitar and piano parts. Nova is quite proficient on guitar, but his secret weapon is his keyboard and synthesizer prowess. The hit single (and early MTV favorite) “Fantasy” cannot be denied; its loaded with guitar and keyboard hooks as well as a catchy chorus. “Foolin’ Yourself” has a more straightforward pop feel and it was a minor hit. “Ball and Chain” is the best-known power ballad on Aldo Nova, but the hypnotic “You’re My Love” is better. “Hot Love” is propelled by several guitar solo bursts. “Heart to Heart” and “See the Light” are fast, energetic songs with crisp guitar riffs and swirling synthesizer lines. Aldo Nova is a minor classic.

Personnel:
Aldo Nova: vocals, lead and rhythm guitars, bass guitar, keyboards, synthesizers
Dennis Chartrand: acoustic piano
Michel Pelo, Roberto Biagioni: bass guitar
Michael LaChapelle: drums, percussion
Daniel Barbe: backing vocals
———————————————————-
“Fantasy” is a hit single by the Canadian rock musician, Aldo Nova, and is regarded as his most popular work to date. Released on his eponymous debut album in 1981, the song climbed to #3 on the Mainstream rock chart, and #23 on the Billboard Hot 100 singles chart. The song was featured in a flashback sequence in the final episode of the popular television series, Rob & Big. A cover version of the song, performed by Steel Panther, is the current theme song for the MTV show Rob Dyrdeks Fantasy Factory.

“Foolin’ Yourself” is a single by the Canadian rock musician, Aldo Nova. Released on his eponymous debut album in 1982, the song climbed to #65 on the Billboard Hot 100 singles chart in the US. 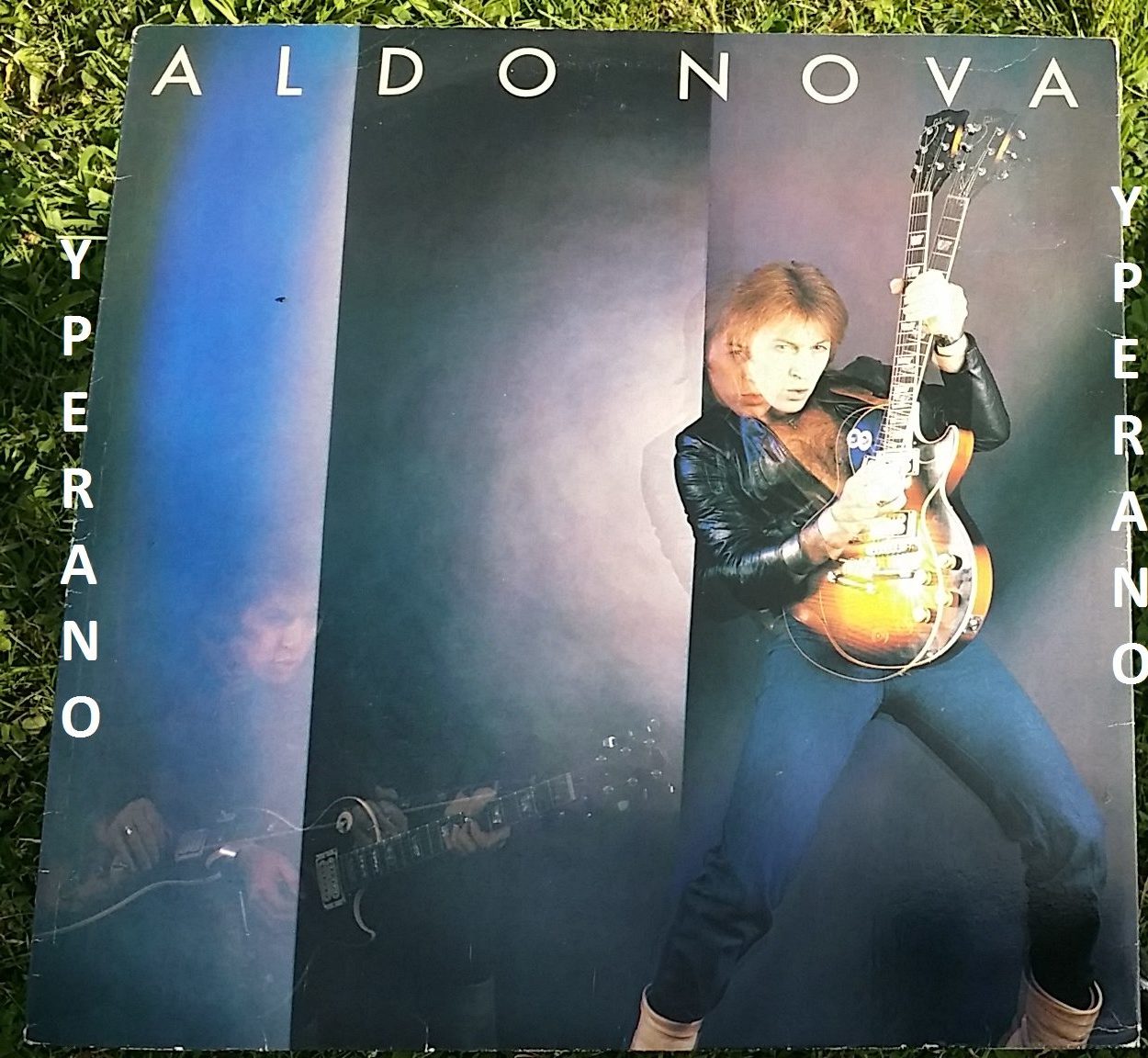 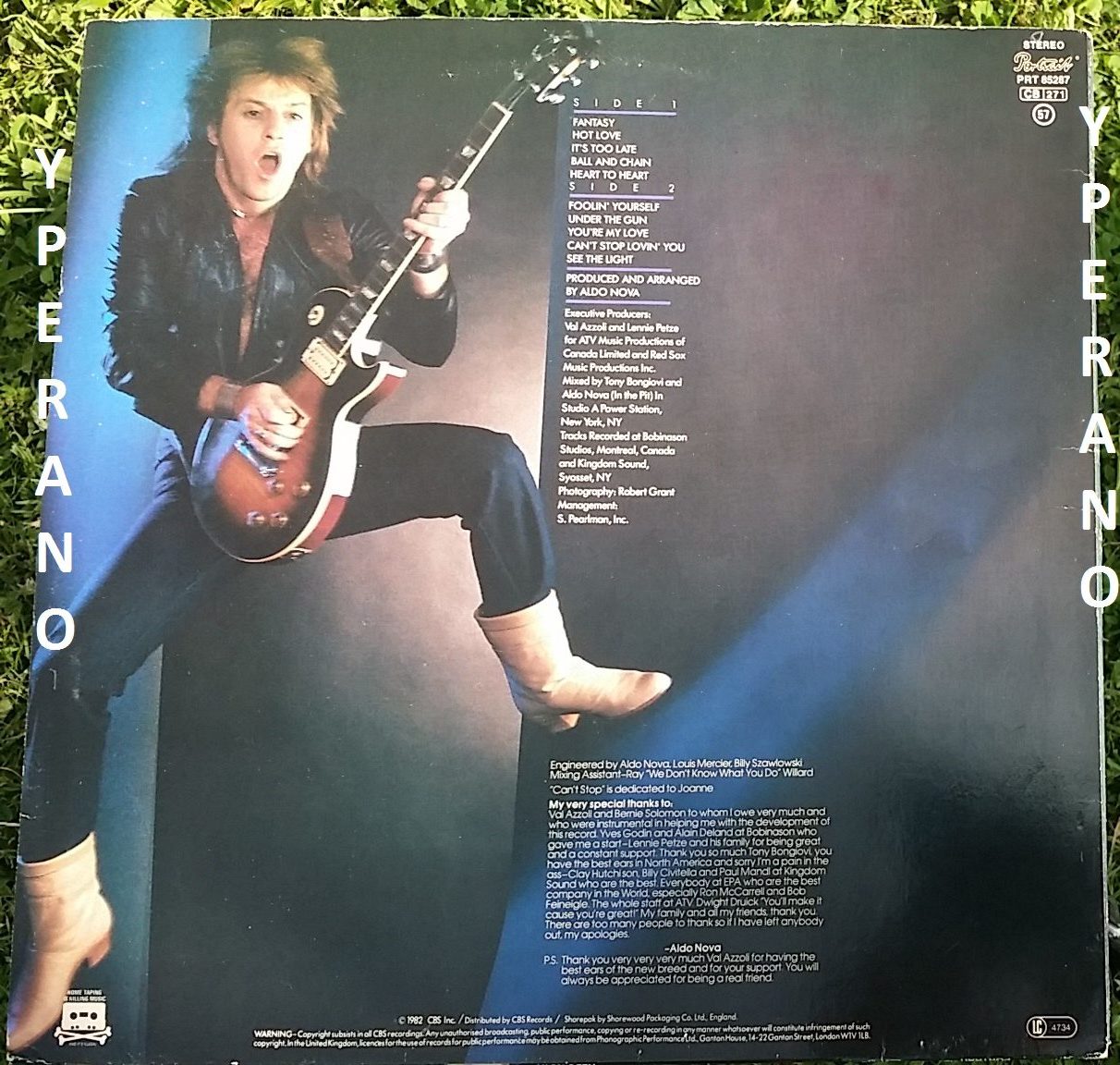 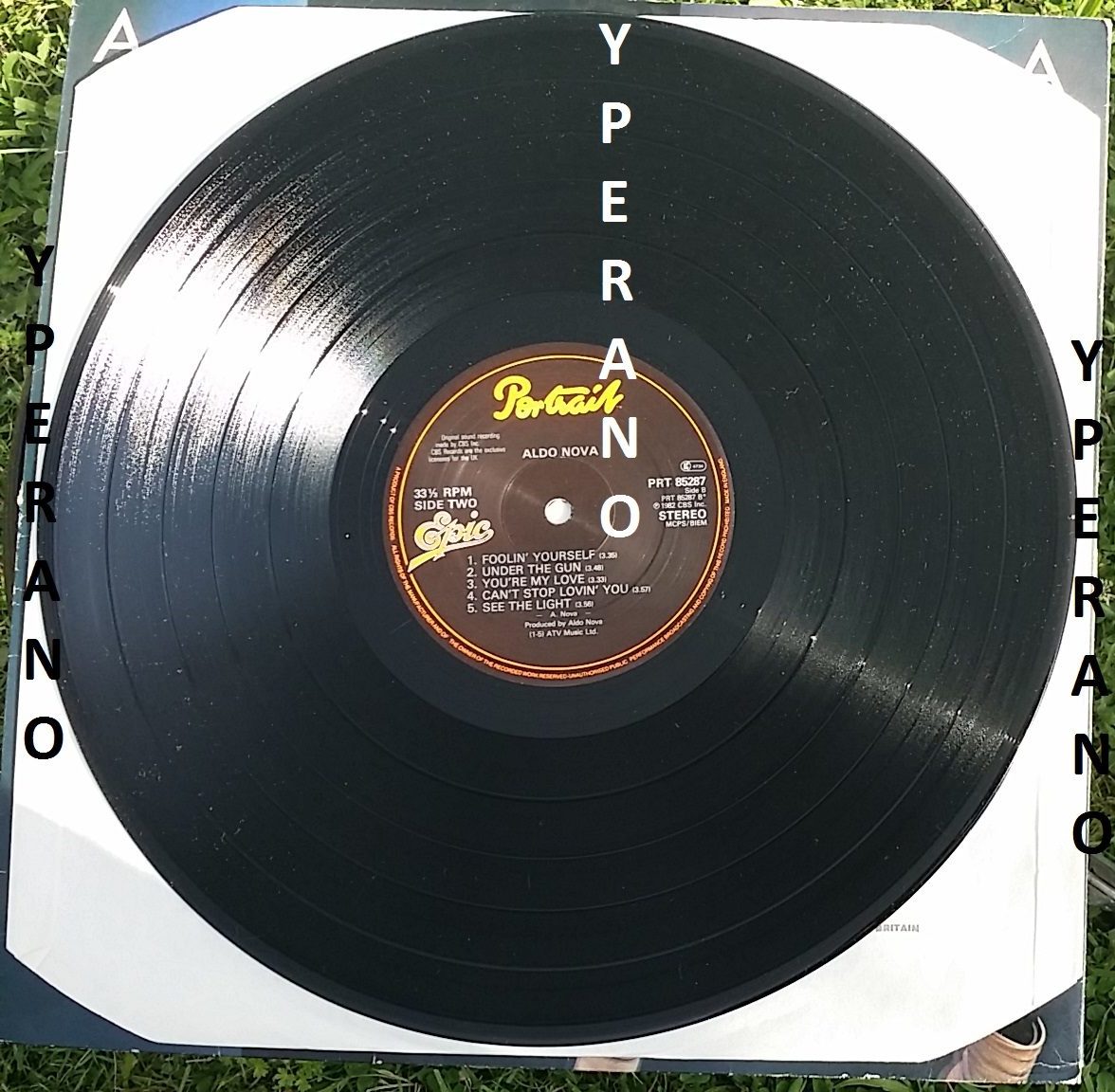 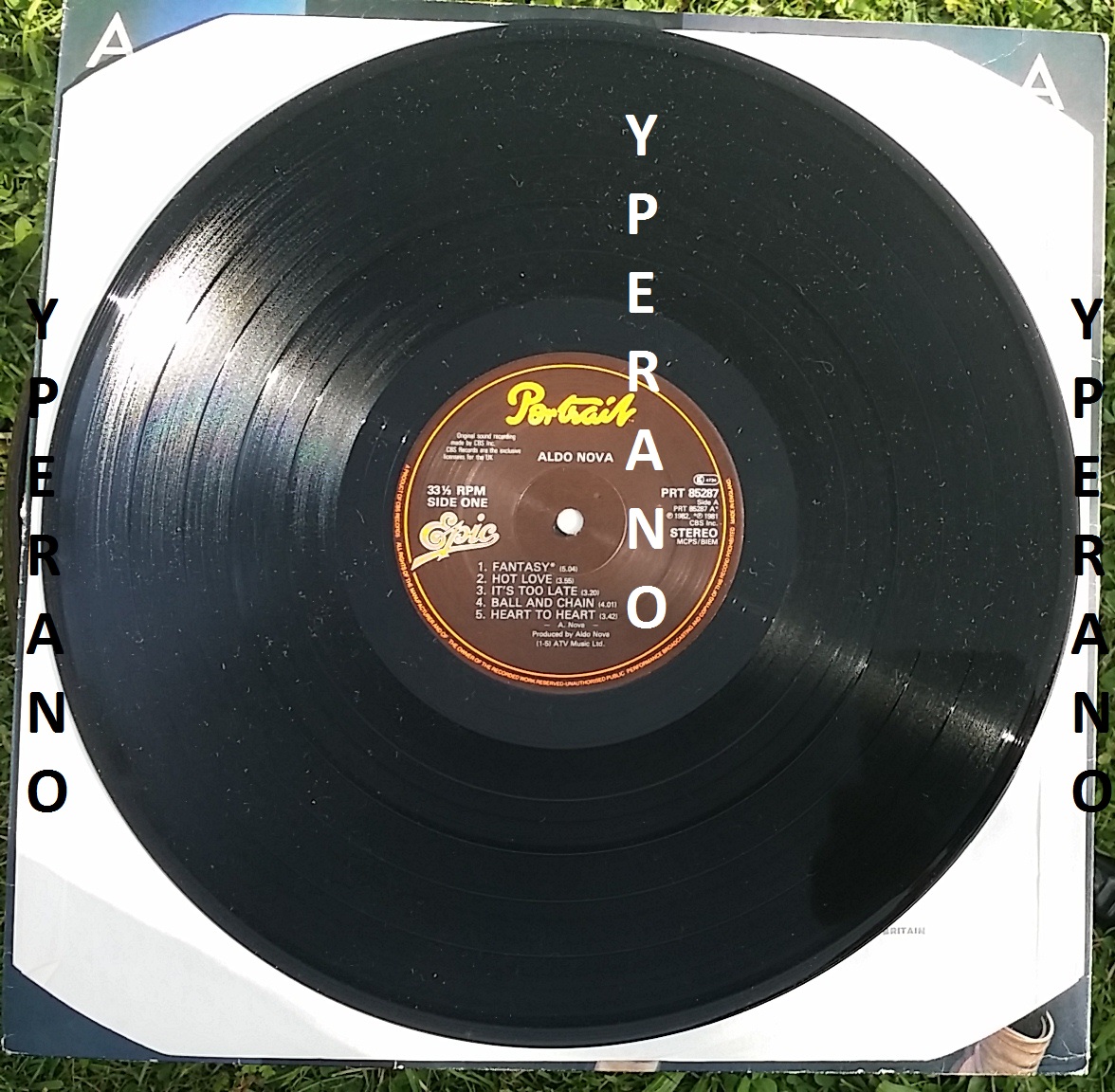 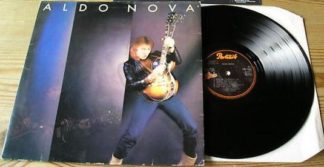