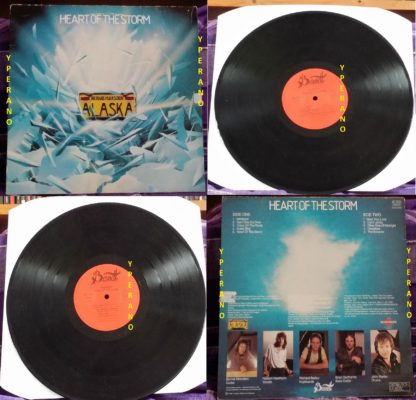 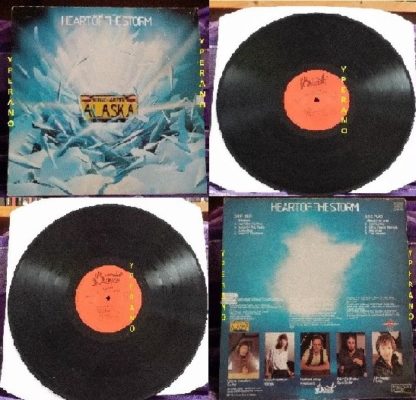 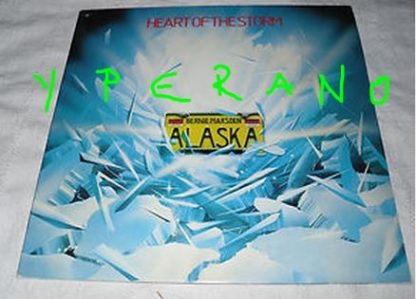 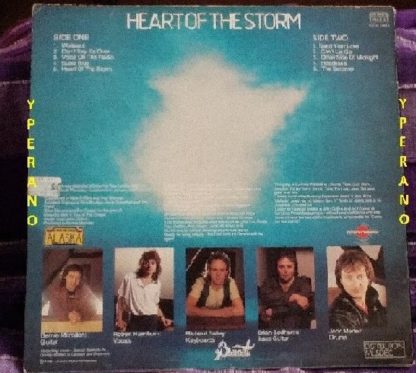 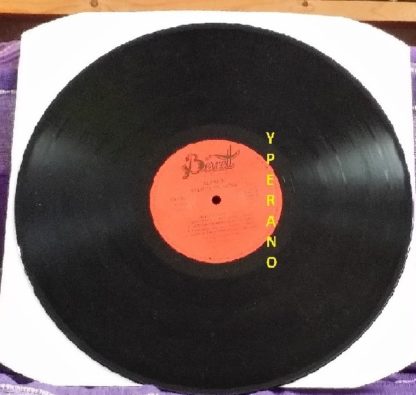 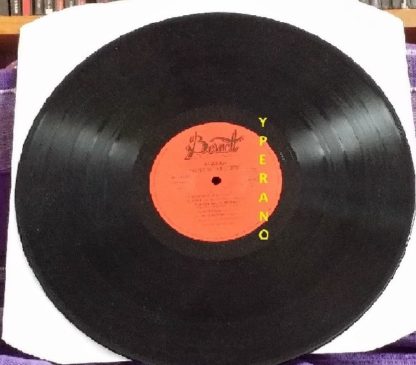 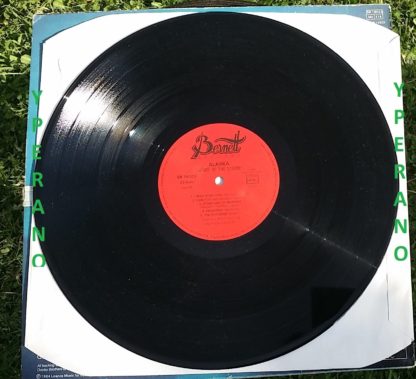 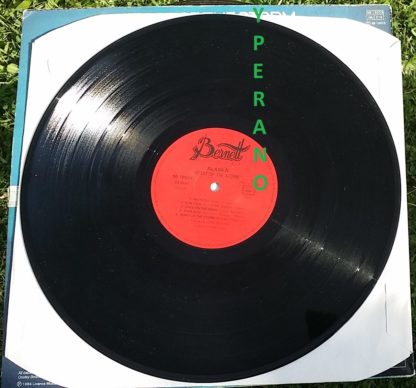 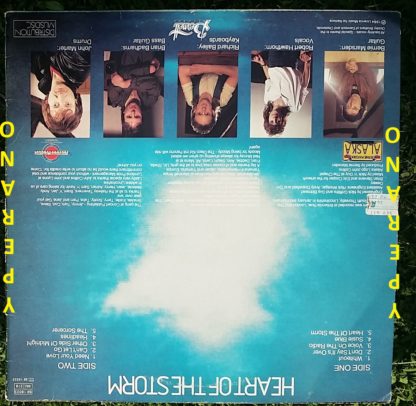 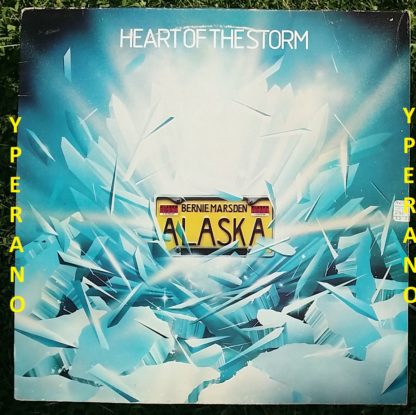 Alaska was a great band of the mid-80s formed by ex-Whitesnake guitarist Bernie Marsden. Alaska delivered good commercial rock with a special flavor to it. Perhaps it was the vocals (courtesy of Robert Hawthorn) or the keyboards (Richard Bailey, then Don Airey), but you can feel a lot of “echoes” in these songs, which is really nice and different. Alaska was a tight rock outfit rounded up by Brian Badhams (bass) and John Marter (drums).
Standouts are “The Sorcerer”, “Other Side of Midnight”, “Woman like you”, and “I really want to know”. If you don’t mind commercial rock you should get this, it will surprise you. Alaska is one of those “unheralded” bands that really rocked. 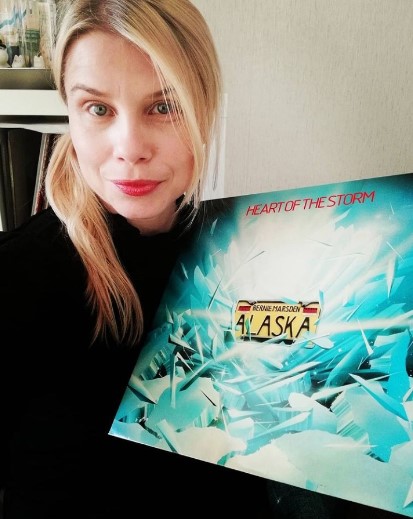 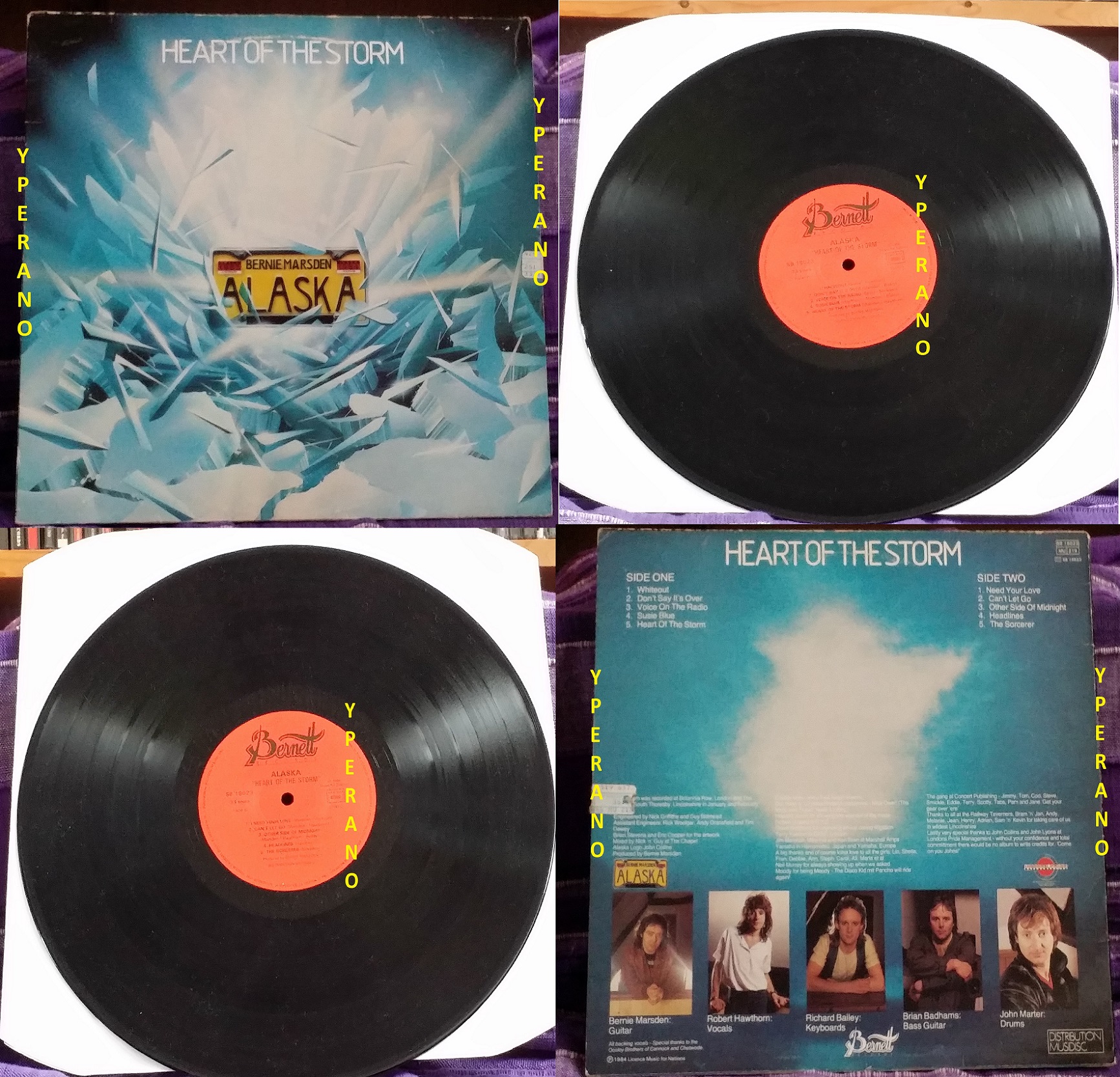 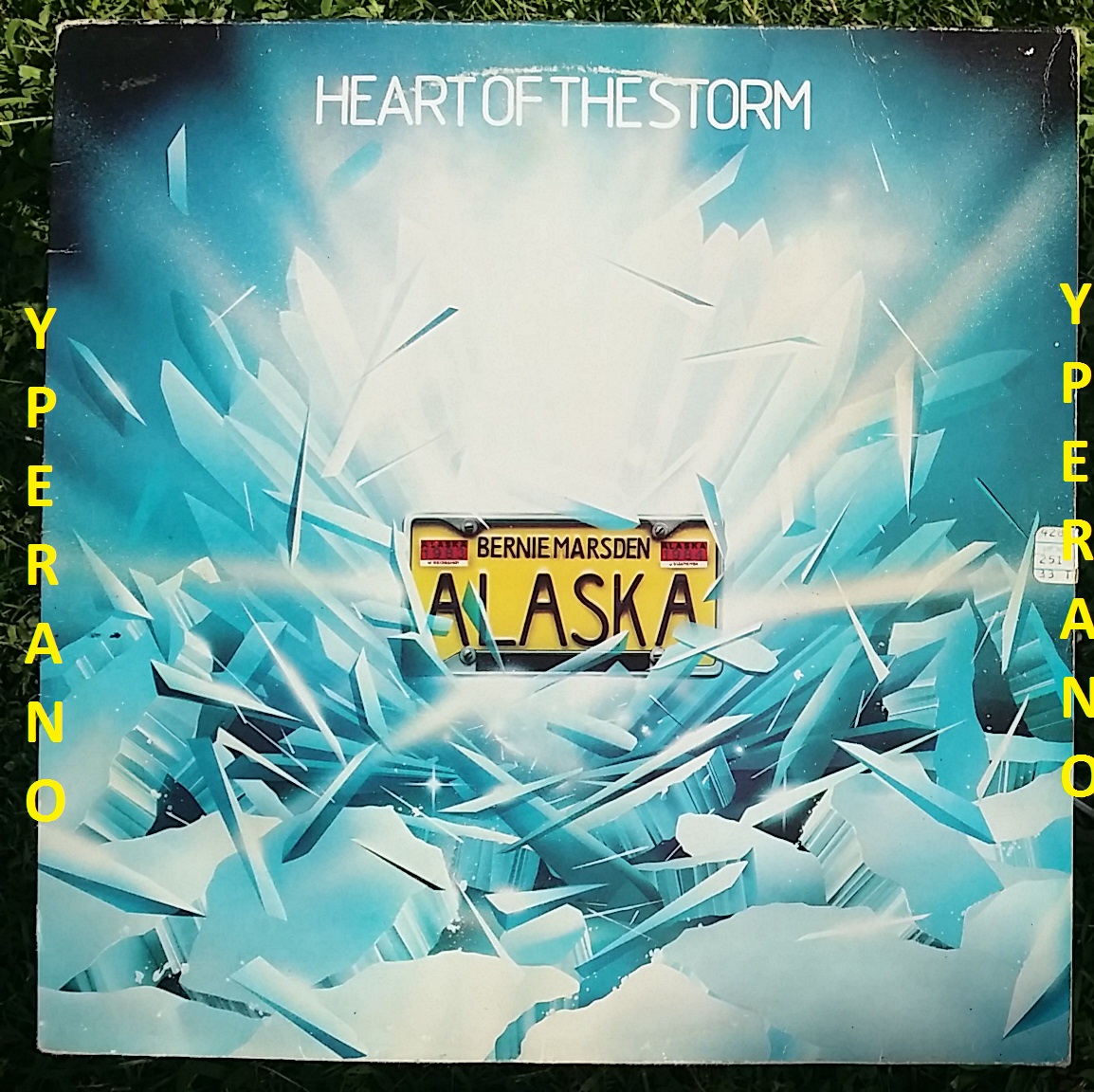 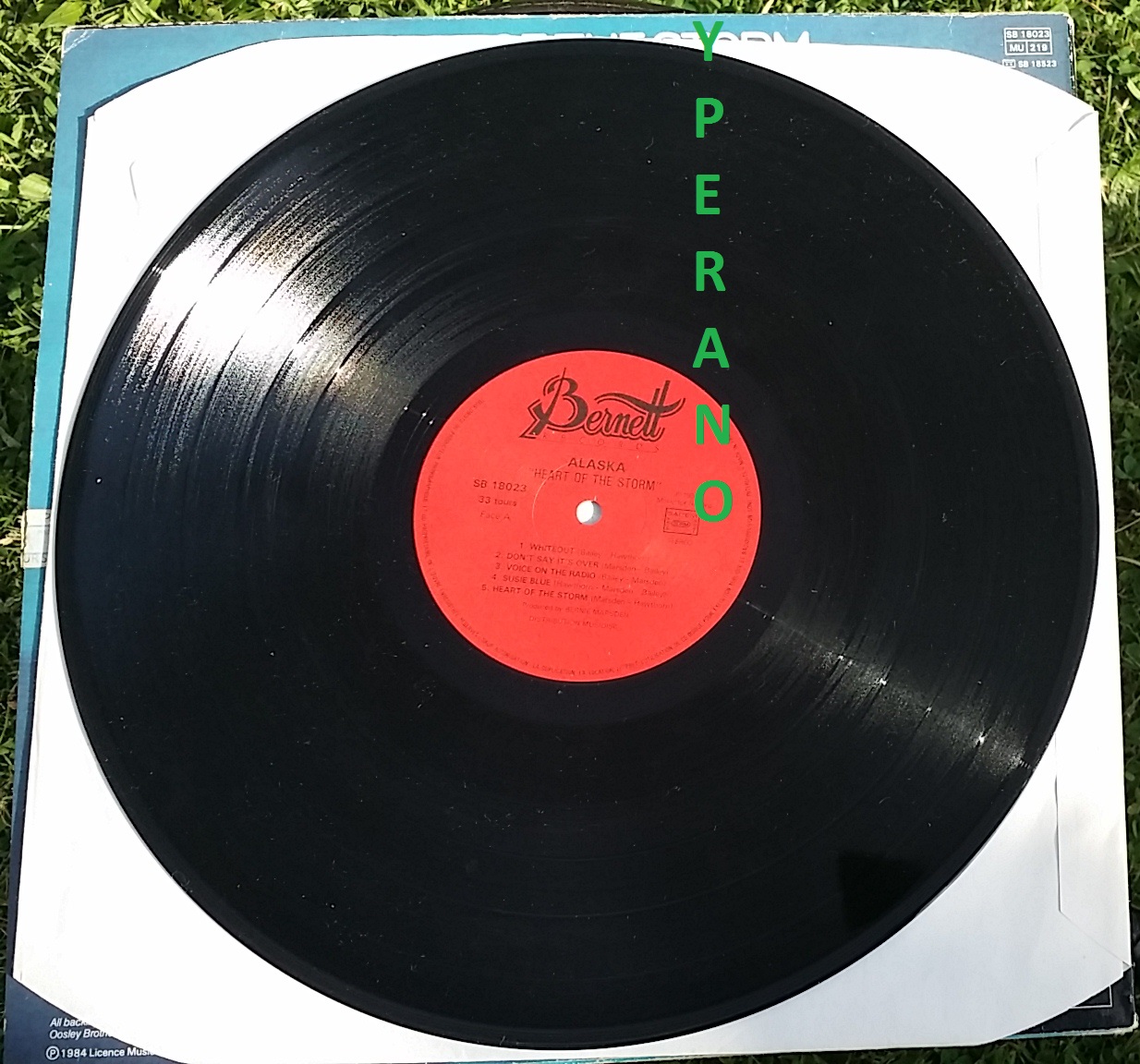 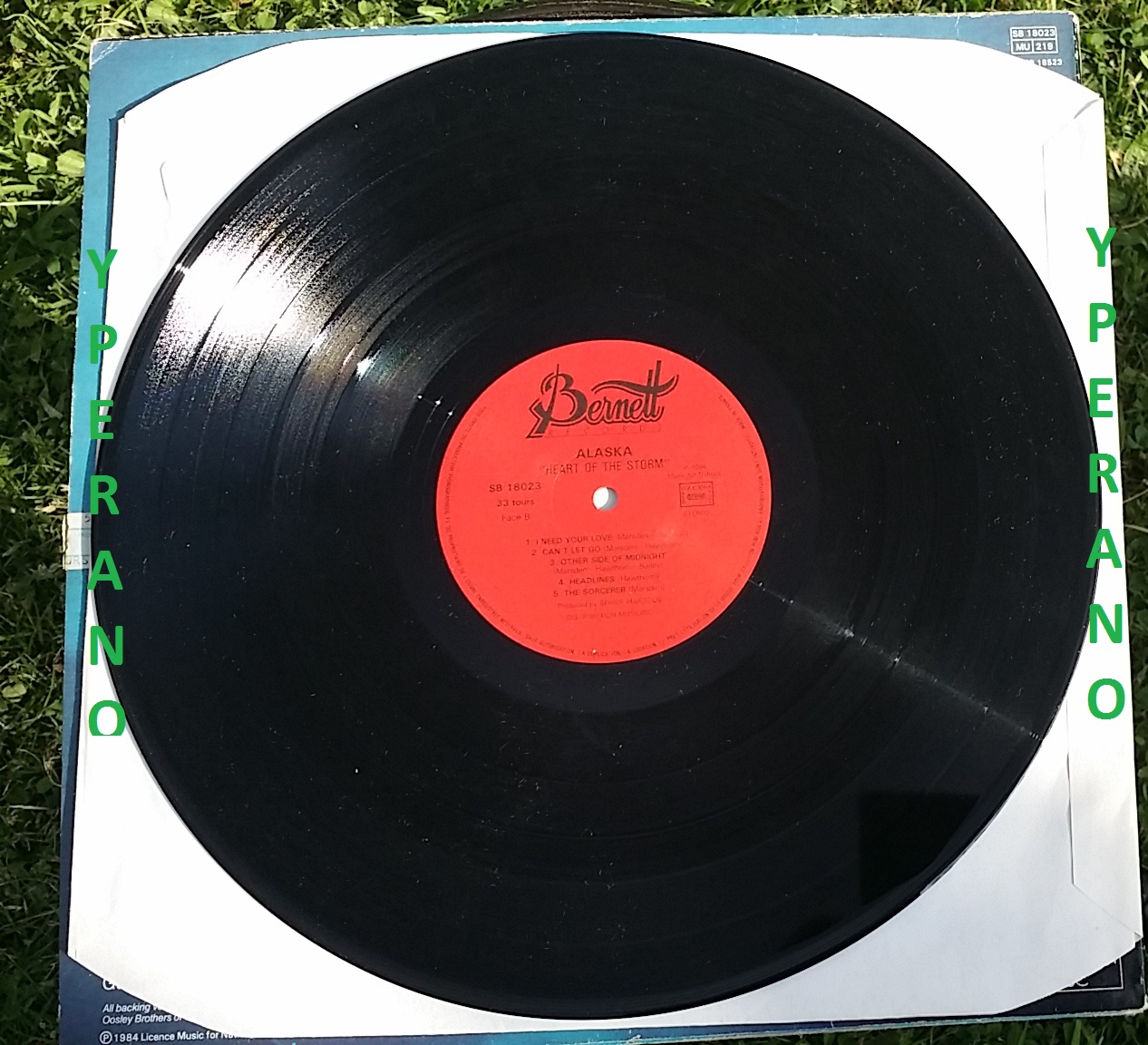 Recorded at Britannia Row, London and The Chapel, South Thoresby, Lincolnshire in January and Febuary, 1984.
Mixed at The Chapel.
1984 Bernett Records
Made In France.
———————————————————-
Alaska was an AOR/melodic rock band active in the early 1980s that featured former Whitesnake guitarist Bernie Marsden. Alaska’s music was a far cry from the bluesy Whitesnake material, instead having more in common with bands like Touch, Balance, Rail, REO Speedwagon, and perhaps Aldo Nova. Marsden’s presence ensures that the bands technical chops are in order, and Alaskas style is very catchy, radio friendly (yet ignored by radio, go figure) AOR. Alaska had a keyboard heavy sound (in that inimitable early 80s fashion), but it was still pretty rockin’ stuff, though the occasional sax solo pushed a song or two into adult contemporary territory.
———————————————————-
My fave ALASKA album. Songs like THE SORCERER and SUSIE BLUE are classics. This is a real buy or die release. Listen to me for ones in your life and buy this incredible LP.
———————————————————-
Classic!! Classic!! Solo “Heart Of The Storm” Tremenda joya de AOR/HardRock, con un toques de teclas maldito, con una melodia impresionante realemente impresionante tremendo Discazo!!! y no se quedan atras temas como “Coming Down On Your”, “Need Your Love” y “the Sorcercer” temas muy movidos y muy elegantes..
———————————————————-
“The sorcerer”, “Can`t let go” and “Susie blue” are great AOR-Songs. This is a very good aor album. Love the vibe on the songs. Voices on the Radio, Susie Blue ( listen carefully and you will hear the later band First Shot in that ), Need your Love, Other Side of Midnight, Coupe de Ville are excellent AOR tracks. Nice one ! 82/100
———————————————————-
Actually ” The Sorcerer”(rocks!) & “Susie Blue” were a couple of hits of the band back then and perhaps that made this release a bit more considered by the media than “The Pack”…the album basically consisted of nice AOR friendly songs with that British formula…check tracks 2,3,5 & 6 also and you will agree with me. Appealing to have and obviously to buy…89/100

[Still recovering from his shock severance from Whitesnake, guitarist Bernie Marsden found solace in the pomp/pop rock stylings of his next creation, Alaska. Strangely – and this is the man who co-wrote Here I Go Again, remember – big labels weren’t snapping his hand off and so he found a warm welcome at Music For Nations, who put out this lovely album in 1984. Led by two superb singles (the Cars-like Susie Blue, and the more strident Headlines, later used by UK rag The Sunday Sport in it’s advertising campaigns), the record mixed the straight ahead rock of those two tracks with more complex material such as the title track, which wouldn’t have seemed out of place on a Magnum album from the time.

Marsden found a great vocalist in Rob Hawthorn, who mixed a smooth croon with some rough-around-the-edge Rod Stewartisms, and the vocalist handled the various styles found on the album effortlessly. Voice on the Radio strangely reminds the ear of Triumph’s Magic Power, and it’s this realisation that brings perhaps the key to why Alaska didn’t prosper in the same way as Whitesnake; the band simply tried to cover a few too many bases – usually stuff that was popular in America – when concentrating on straight up pop-rock might have been more conducive to success. Look what happened to The Outfield at more or less the same time! But whatever the ins and outs, Heart of the Storm remains an eminently listenable album, and one that’s well worth digging around for. And, if you’re lucky, you’ll be able to find a good quality vinyl copy for around twelve quid]. 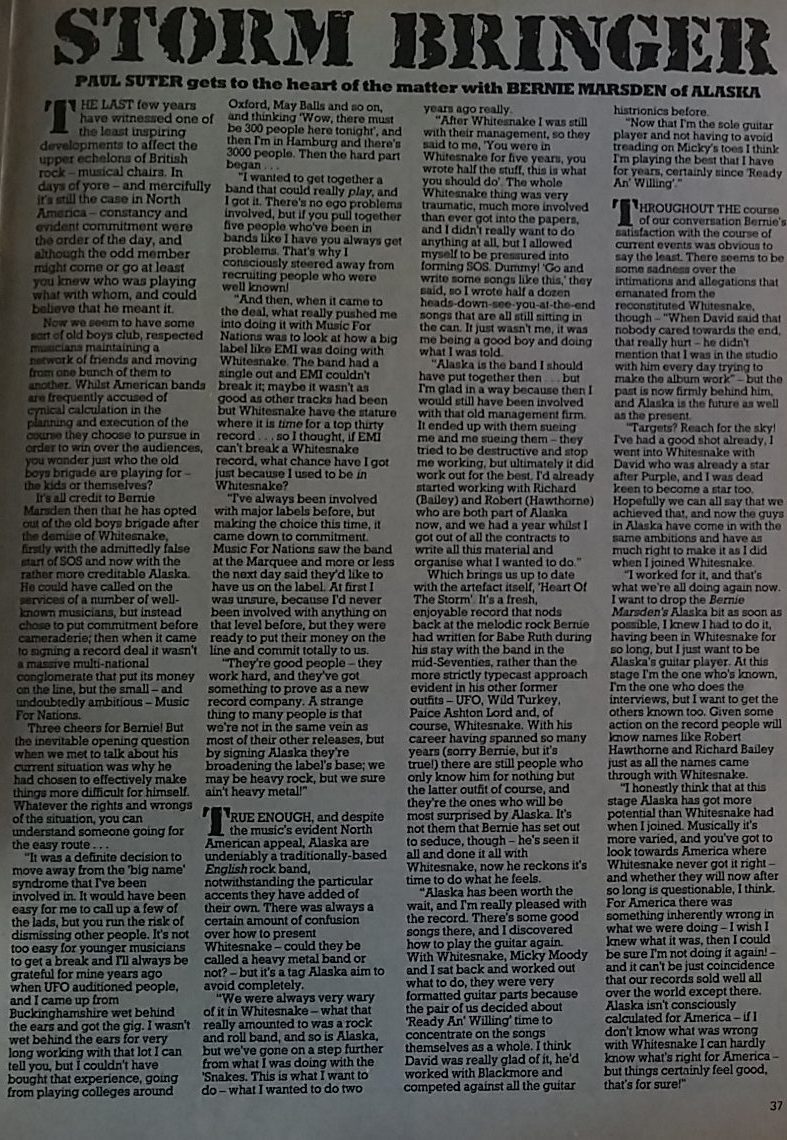