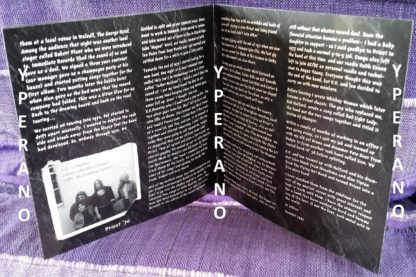 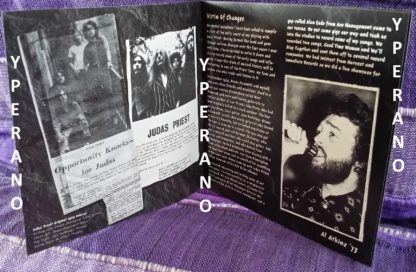 Victim of Changes is ex-Judas Priest singer Al Atkinss release, named after a Judas Priest song of the same name originally featured on the Sad Wings of Destiny album. The albums sleeve contains three pages of historic photos and a biography outlining his days in Judas Priest. Former Judas Priest drummer Dave Holland plays on this release. The album was recorded during the summer of 1997 at Mad Hat Studios in Walsall, England. Mark Stuart was the engineer.

“Mind Conception” and “Holy Is the Man” appeared on Judas Priests 1971 demo. These songs were not featured on any Judas Priest releases.
“Never Satisfied”, “Winter”, “Caviar and Meths” all appeared on Rocka Rolla; “Victim of Changes” appeared on Sad Wings of Destiny, with lead vocals by Atkinss replacement Rob Halford.

5.0 out of 5 stars “Until another dawn and light”,
Any fan of early Judas Priest will cherish this CD. Al Atkins (Priests first lead singer) re-recorded some of Judas Priests earliest (pre-Rob Halford) tracks as well as covers he, Ian Hill, K. K. Downing, and drummer John Ellis played back in the day. In this 1998 release, Atkins obtained the services of ex-Judas Priest drummer Dave Holland as well as Pete Emms and guitarist Paul May who penned two impressive instrumentals “Metanoia” and “The Melt Down.” Early Priest tracks are “Mind Conception” and “Holy is the Man” (the originals both recorded in 1971) as well as “Never Satisfied” (my favorite track on this album), “Winter,” and “Caviar & Meths” which were included on Priests first album Rocka Rolla. Atkins notes that the latter track was cut short on the album and is re-recorded in its longer form on this CD. The classic “Victim of Changes” was a combination of Atkins “Whiskey Woman” and Rob Halfords “Red Light Lady.” “Black Sheep of the Family” was a Quatermass cover the band played live in its early days. The CD booklet includes a three-page bio of early Priest written by Atkins as well as rare, early photos and clippings. The album is good, solid rock. Recommended to all fans of early Priest.

5.0 out of 5 stars Better then the original songs!,
Al Atkins is a great vocalist… and this CD proves that he could of help up Judas Priest had he kept going with them.

I’ve bought 3 of his albums so far and each one of them were worthy every penny.

The first two tracks are re-recorded from Judas Priests original two song demo, which… as of yet… has not been made public and probably will not see the light of day.

The Judas Priest covers I think sound better then the versions Halford did on the early albums. Atkins vocals match the music style much better (as Halford matched Priest later material better).

The cover of Black Sheep Of The Family is also excellent.

This album is a must own for any metal fan, and definable for a Judas Priest fan! 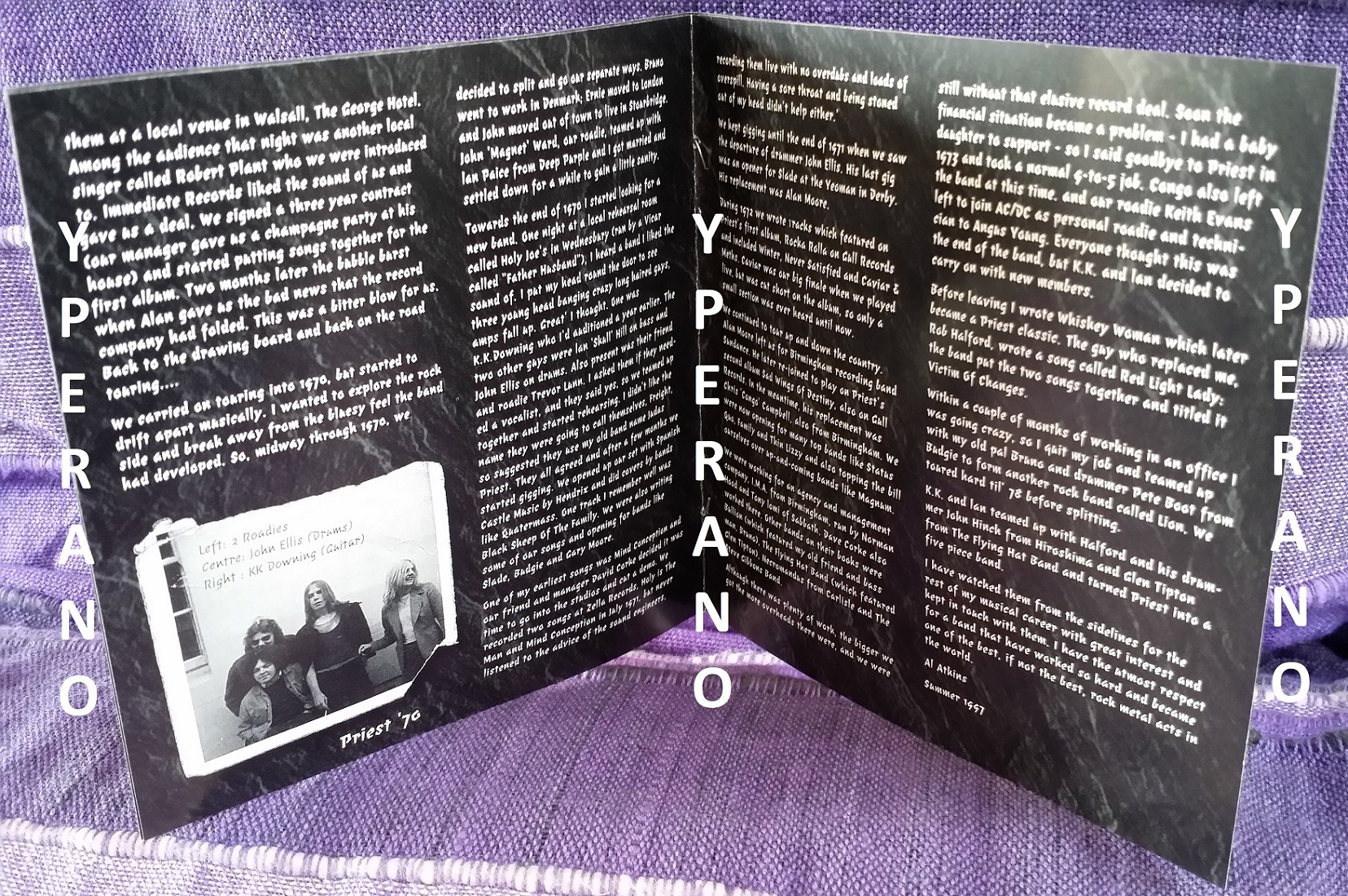 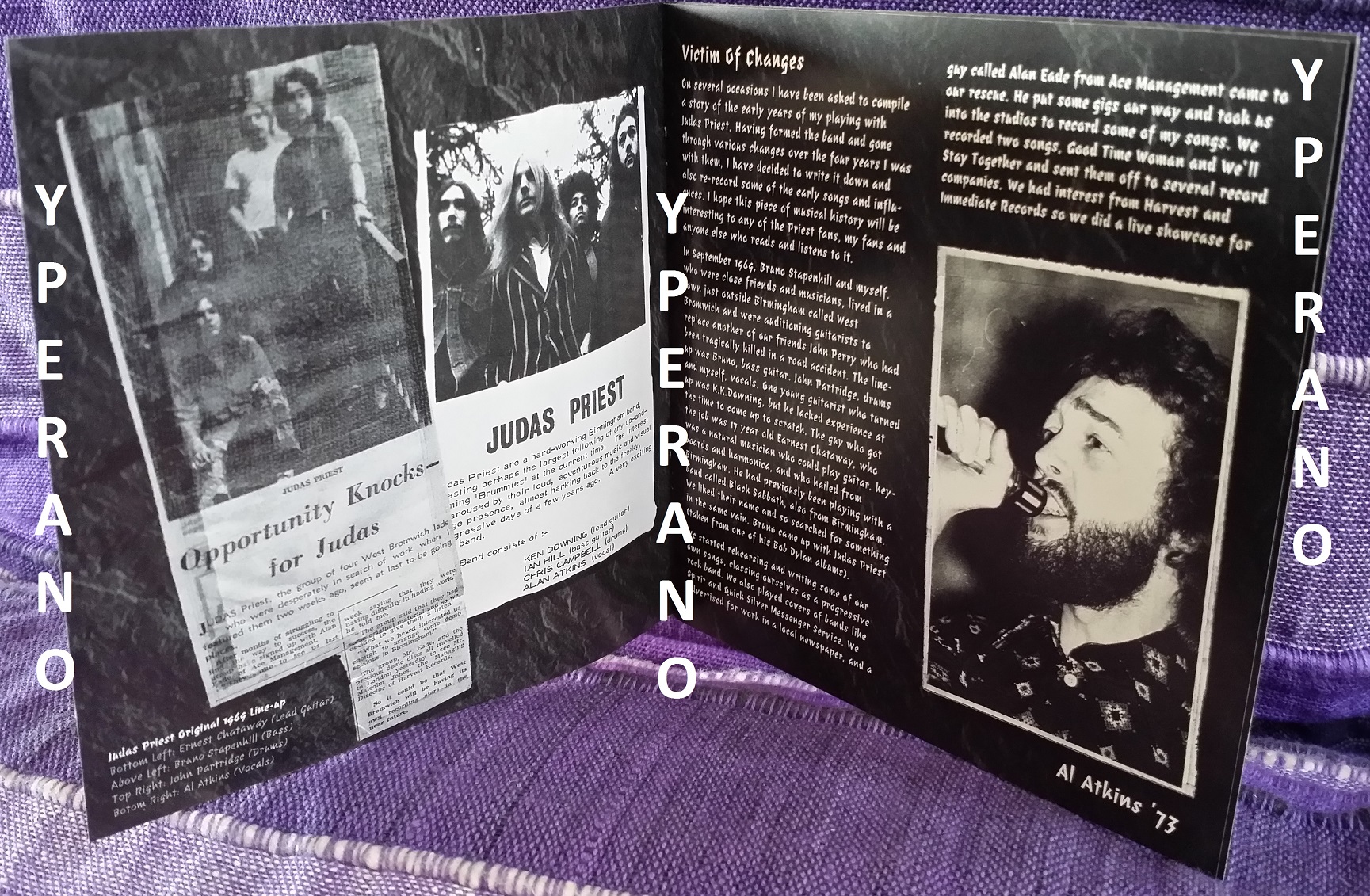