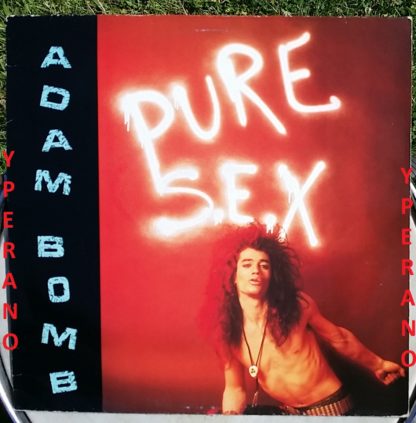 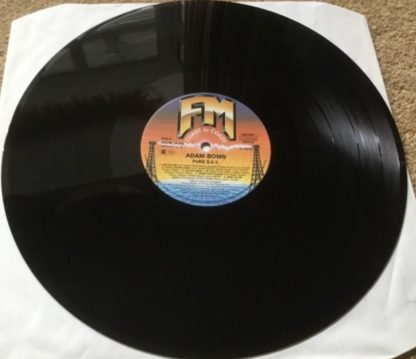 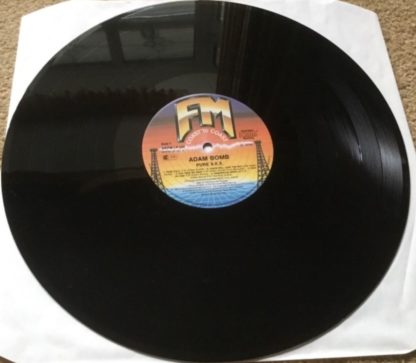 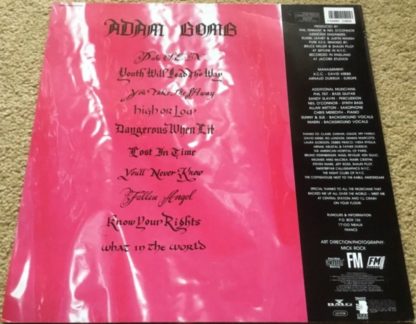 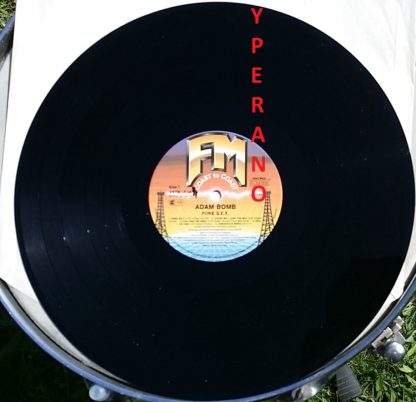 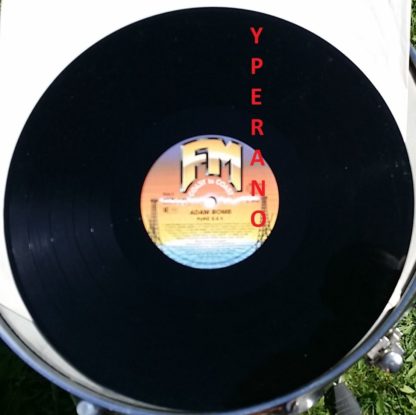 ADAM BOMB: Pure Sex
Very good Hard Rocking sleazy, but not really glam stuff, from the ex singer of T.K.O, and the ex- Aerosmith guitarist Jimmy Crespo. On drums Sandy Slavin (ex- Riot)
He can actually sing, and play the guitar! You can’t say that for most of the sleaze bands, who’s singers sound like alley cats in heat. 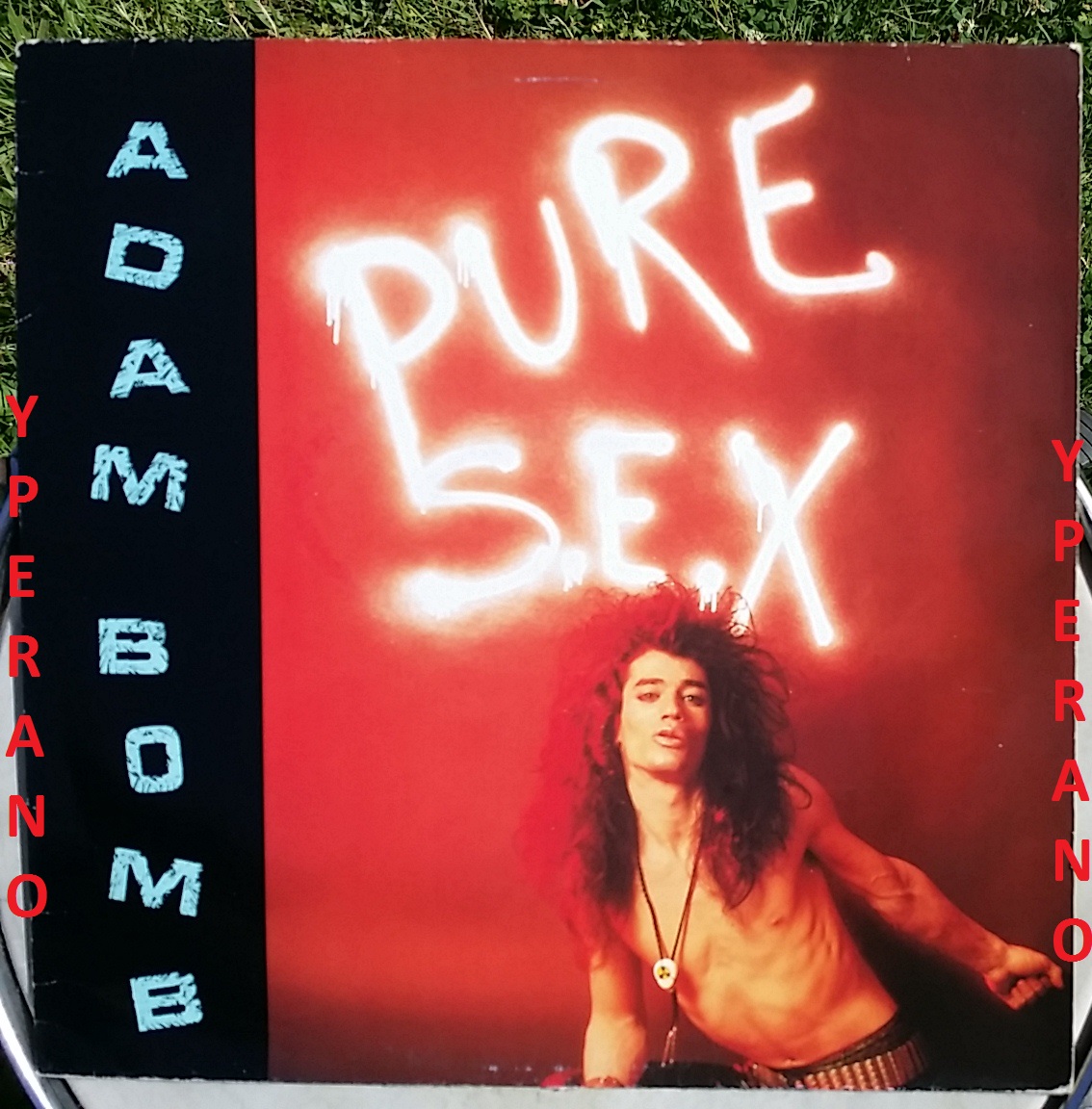 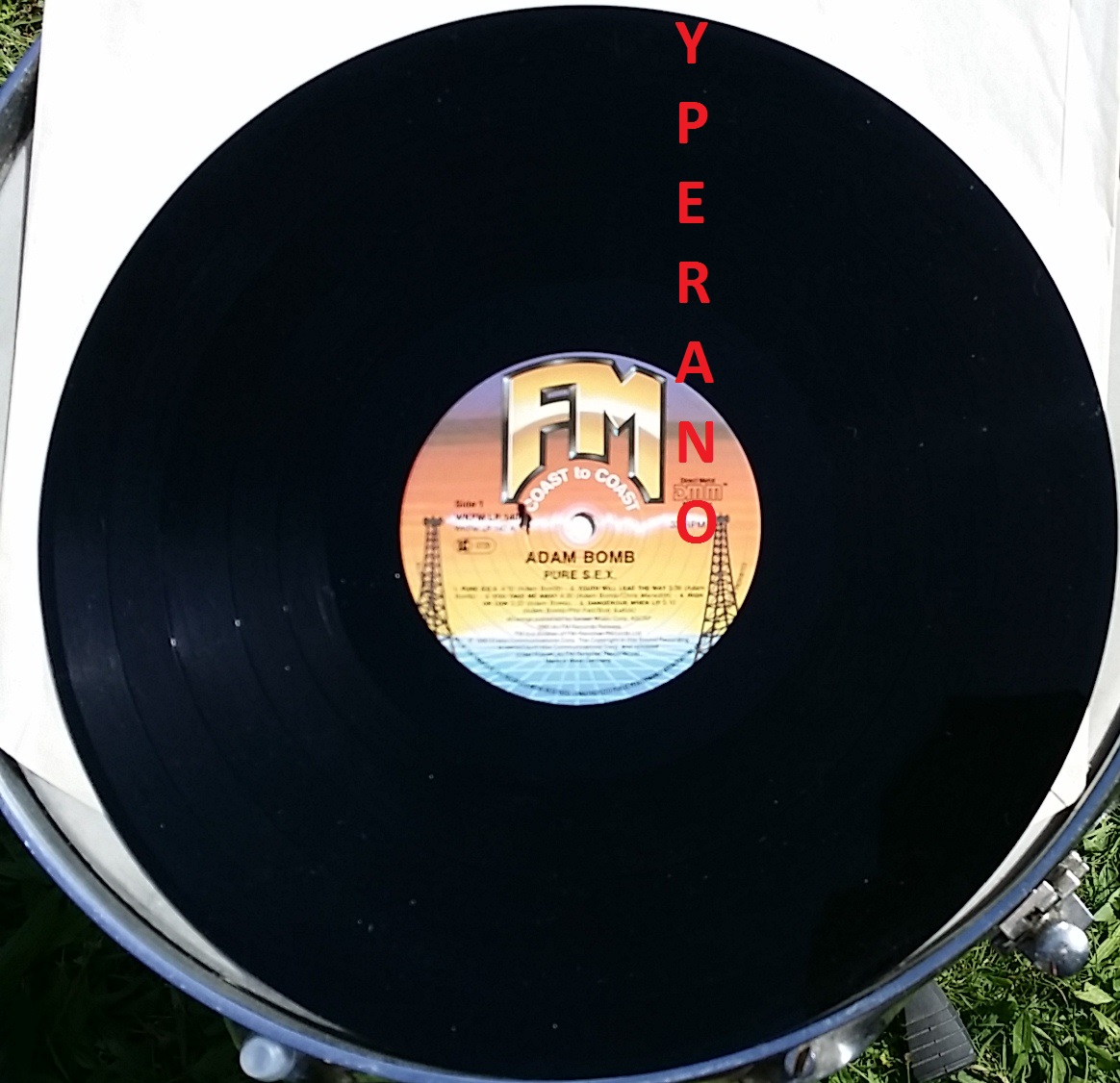 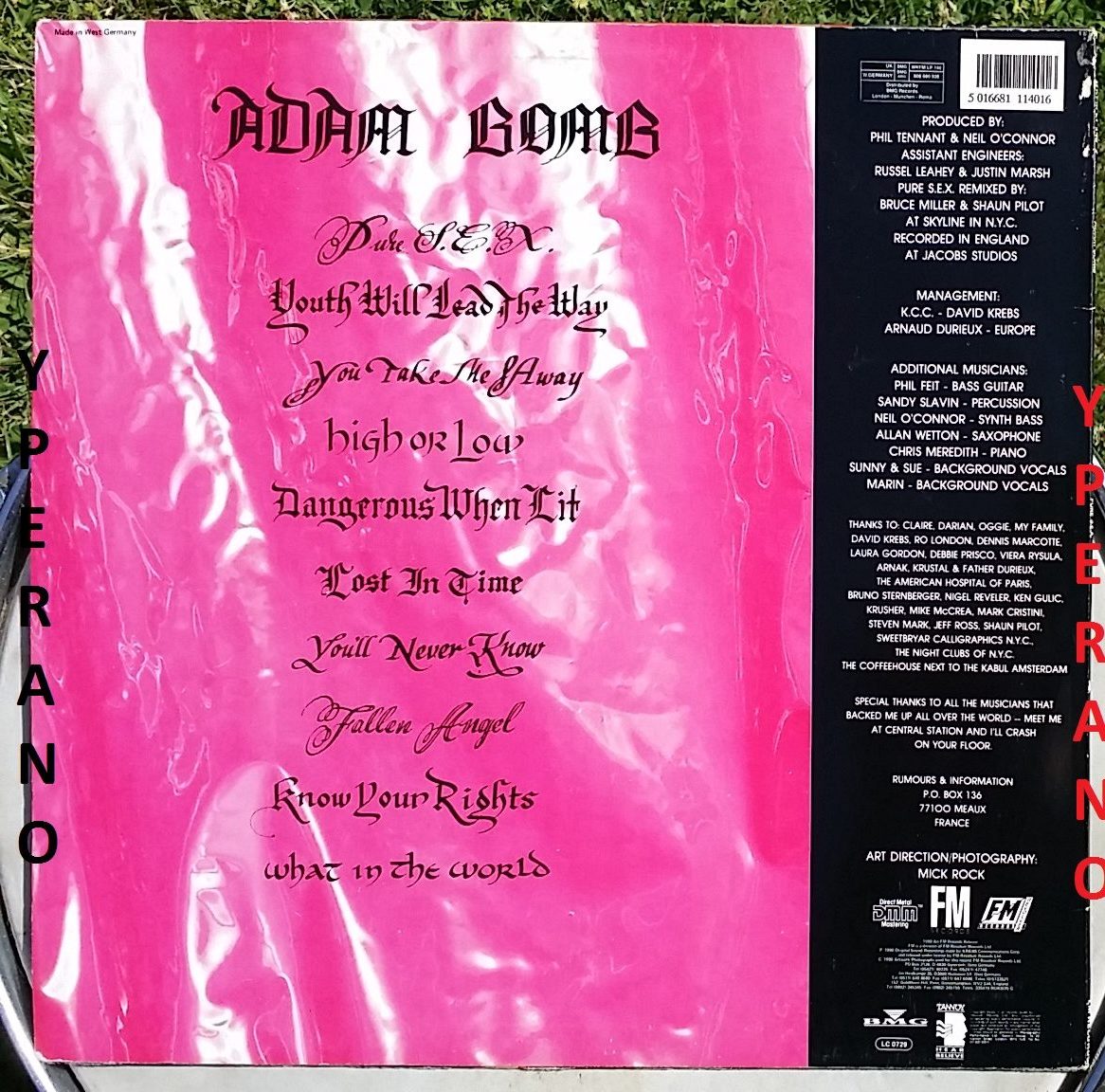 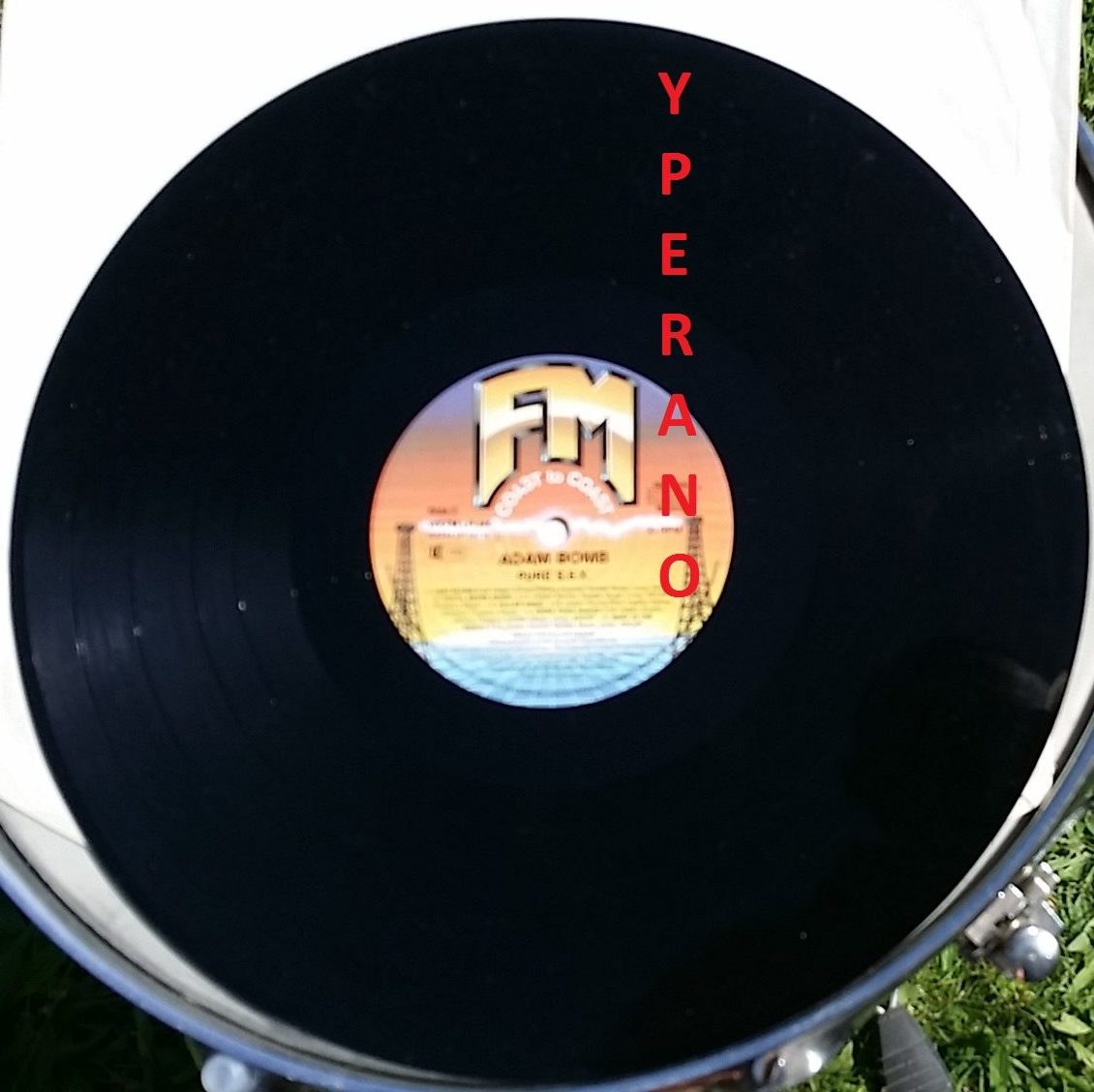 This album smoked!!! I had this when it first ever came out. Every song a winner on here. Even the very Sigue Sigue Sputnik-esque title track was awesome stuff. Always been an Adam Bomb fan and will continue to be. A very underrated and talented guy. How can you say that this album is THAT bad? The ballads alone are a reason to buy this! COOL – COLLECTOR – CULT

Adam Bomb ‎– Pure S.E.X
Label:  FM ‎– WKFM LP 140
Format: Vinyl, LP, Album
Country:  Germany
Released: 1990
Genre: hard Rock, Heavy Metal
Tracklist:
A1 Pure S.E.X
A2 Youth Will Lead The Way
A3 You Take Me Away
A4 High Or Low
A5 Dangerous When Lit
B1 Lost In Time
B2 You’ll Never Know
B3 Fallen ANgel
B4 Know Your Rights
B5 What In The World

Recorded In England At Jacobs Studios

Adam Bomb is one the best songwriters and guitar players on earth, half of those shitty bands out there better go to buy these records and learn how to play guitar in rock n roll. Respect. Pit.

I always remembered loving the title track with its Billy Idol stylings. The other songs brought back all sorts of memories.  I used to love so many of these songs. This is a great little pop/rock/glam album with some decent hooks and singable choruses! This LP has great moments like ‘fallen angel’ or ‘youth will lead the way’ 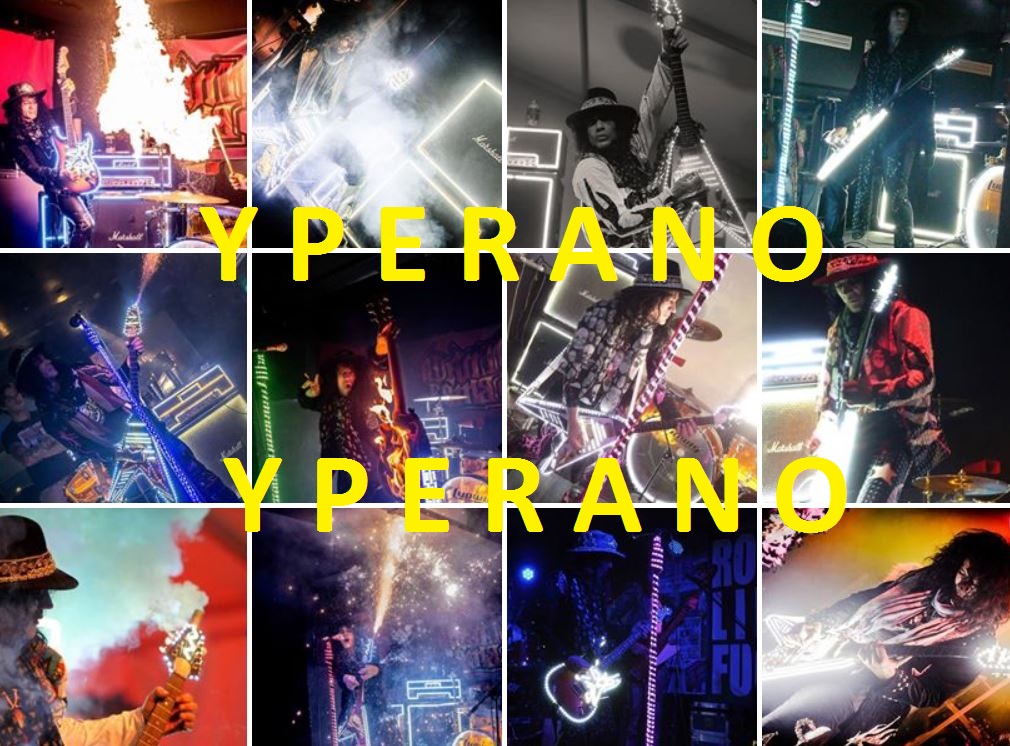 A bomb of an album IMO!!!…all the songs are kinda major hit singles being “Dangerous When Lit”, “Fallen Angel” & “What In The World” the killer ones!!!…

Born in Seattle, Washington USA, Adam Bomb played in various local bands as a guitarist and joined US West coast band TKO in the early ’80s. He recorded one album with them, “In your face”, without being credited though.

Adam Bomb left TKO early in ’84 to start a solo career, then relocated to New York with a major manager, David Krebs (known for this work with AC/DC, Aerosmith, Scorpions & Ted Nugent) and recorded his first solo album with numerous famous musicians (including AC/DC’s Cliff Williams): Fatal Attraction. First published in Japan in November ’84, the album obtained a worldwide release through Geffen rec, in ’85. His band then included Jimmy Crespo (ex-Aerosmith) on guitar, Phil Feit (ex-Billy Idol) on bass & Sandy Slavin (ex-Riot) on drums, as Adam handled lead vocals and lead guitar. Despite excellent press reviews all over the world and major US club tour, the LP sales were influenced because of the “record company policies” as Adam stated later.

The band hit England late in ’86, and played a couple of UK dates including The Marquee. Completed in ’87, the LP “Pure S.E.X.” hasn’t been released due again to various business problems. In ’87, he was featured in Playgirl as one of the sexiest rock stars of all time and elected sexiest man of the year alongside Malcolm Forbes at Playgirl’s 15th anniversary. Having already played the USA from New York to Los Angeles, Adam Bomb concentrated more on Europe this year, and played the likes of UK, France, Holland, Sweden, Belgium and Denmark. 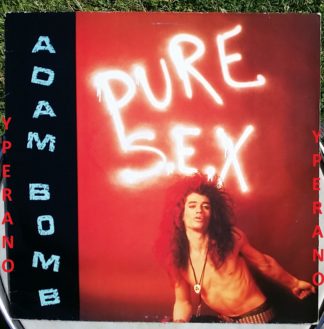