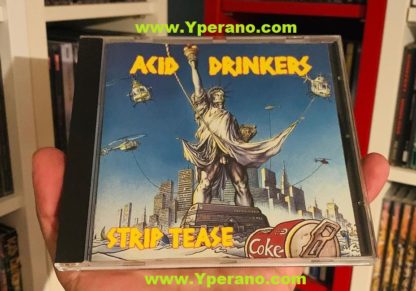 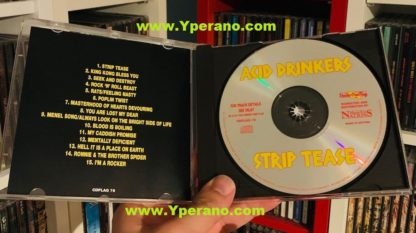 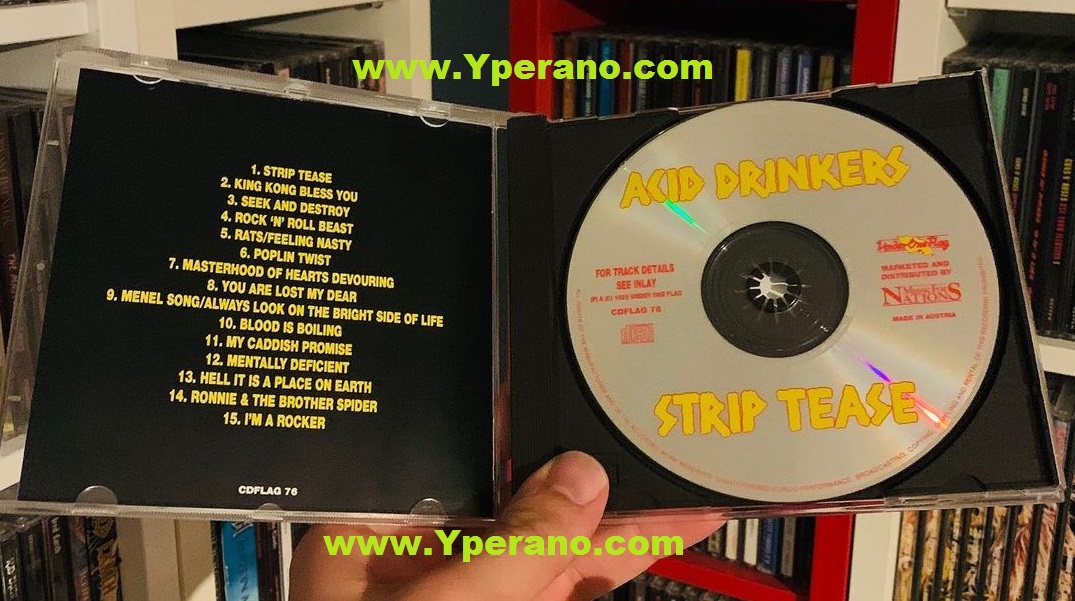 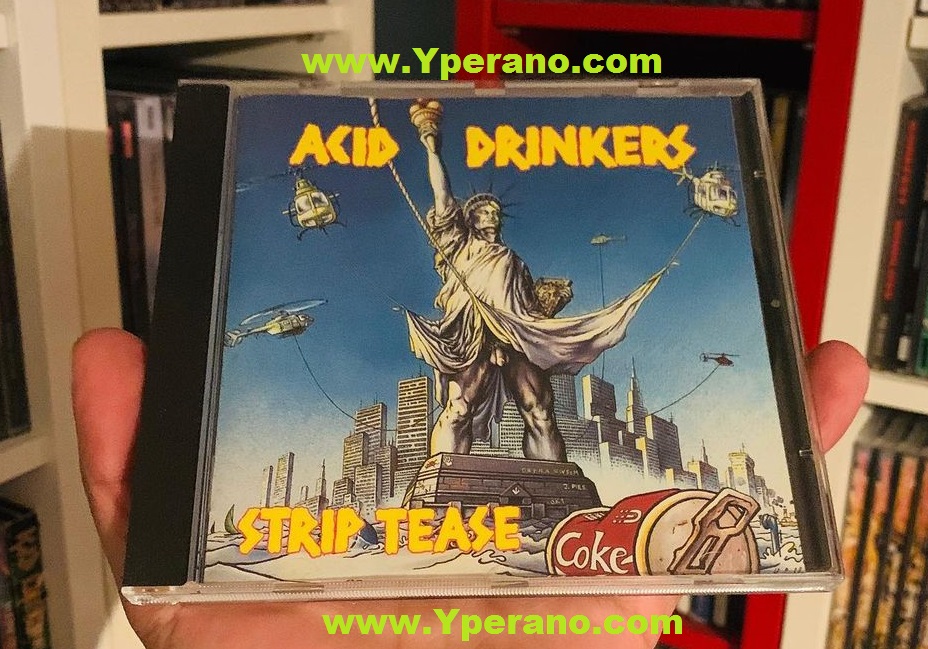 Amazing songs good time Heavy Metal. Unique cover version of Seek and Destroy (Metallica) and from the mega classic  “always look at the bright side of Life” (Monty Pythons)
Strip Tease is the third album by a polish thrash metal band Acid Drinkers. It was recorded in Izabelin Studio near Warsaw. The album features fifteen tracks sung not only by Titus and Litza, but also Popcorn. It includes also two cover songs: the first one is an acoustic version of Metallica’s classic, Seek & Destroy.
The second one is Alway’s Look on the Bright Side of Life, a remake of a song by Monty Python. This song was a result of bands watching of Life of Brian and at first was not planned to be recorded. It is said, that one more cover song was intended: a reggae version of Slayer’s Black Magic.

Probably the weirdest addition to anyone’s collection. Where they were aiming to go and what  were they trying to achieve with these songs? maybe nowhere , maybe nothing? However, one definitely can hear a trademark style of crossover thrash, technical abilities, skilful musicianship and over-the-top humorous approach that as a whole made them unique and noticeable. With band members called Titus and Popcorn, these Poles are definitely one of a kind in the scene. 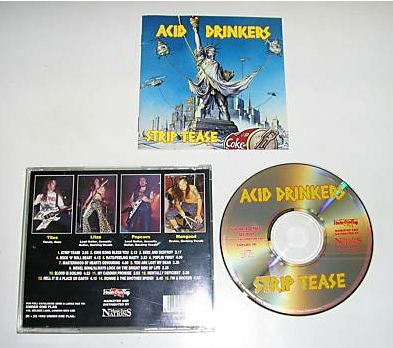 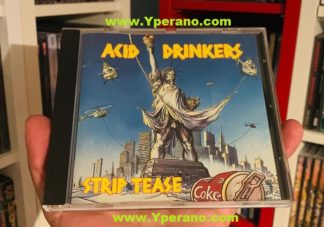