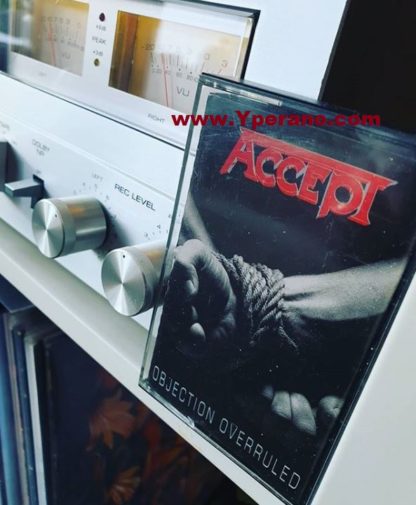 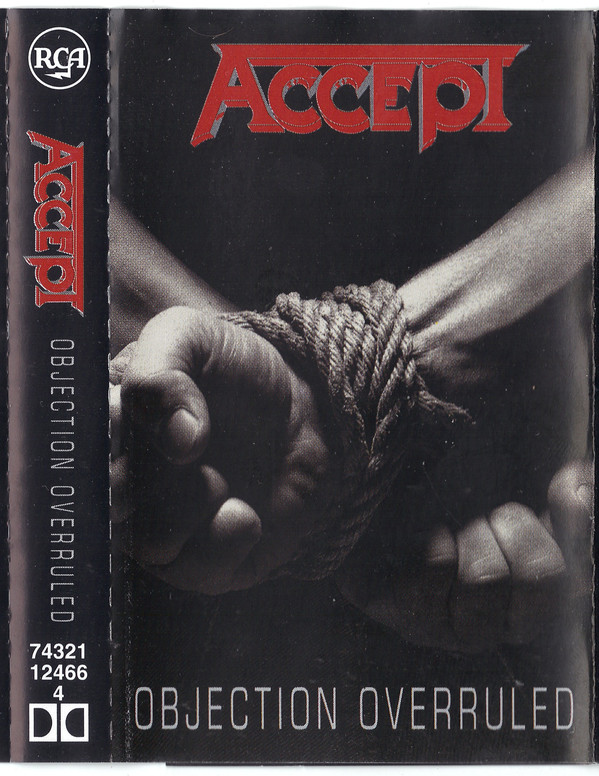 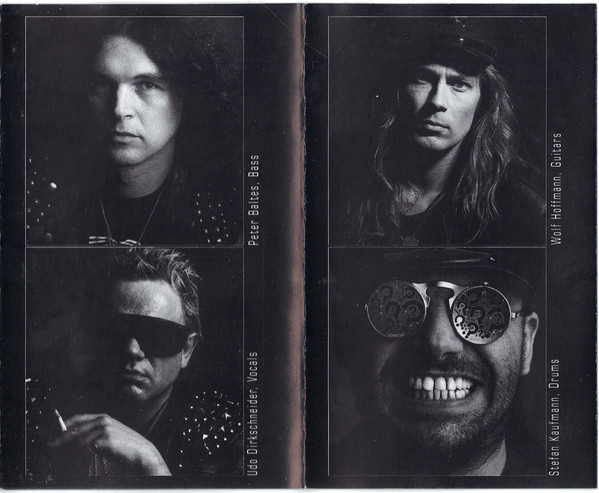 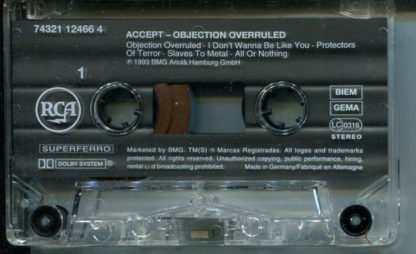 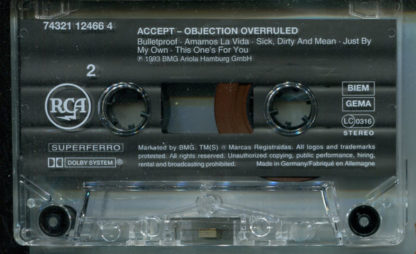 AND a 2nd review:

AND a 3rd review:

On to the music:

Objection Overruled is the 1993 reunion album by German heavy metal band Accept, the first to feature Udo Dirkschneider on lead vocals since 1986’s Russian Roulette. It was recorded at Dierks-Studios in Stommeln after pre-production at Roxx Studios.
In contrast to some of the other Accept albums, Wolf Hoffmann recalls Objection Overruled as an easy one to record: “”That was great! I mean, making up and having reunions are always great in a way because you feel that sort of spirit or fresh wind again. It was great! We had a ball back then,”” adding, “”we just really pretty much made records like we always did and felt like we should use the old formulas with no more sort of experiments and just pretty much do what Accept is known for; and that’s what we did.””
Udo concurs, calling Objection Overruled “”that classic Accept sound again”” as well as “”a very good Accept album””. It was only after the album’s release that rifts would begin to re-emerge within the band.
The unaccredited cover photo was taken by Wolf Hoffmann.

5.0 out of 5 stars Not only a great reunion album, but a real treat for guitar enthusiasts!,
This really is a great record and is my favourite Accept album….(although of course Balls to the Wall and Restless & Wild are tremendous also). The heavy tracks (Sick,Dirty & Mean, this ones for you, Objection Overruled) are incredible – the rhythm section create this incredible rumble as Accept thrash into these tunes at 100mph. The anthemic tracks (I Dont wanna be like you, All or Nothing, Bulletproof) are all classic Accept harking back to their glory days in the 80’s. Then you’ve got straight Metal tracks (Protectors of Terror, Slaves to Metal) which showcase classic Accept riffs, a truly beautiful ballad (Amamos La Vida) and a jaw dropping good instrumental (Just by my own) where Wolf Hoffmann shows off what every guitarist in the know had already twigged, that he’s one of the greatest guitarists alive.
Speaking of Wolf Hoffmann, his influence on this album is massive as he contributes all guitars (rhythm and lead) and his lead work through the record is unreal! This album should be heard by all guitarists, as it really is a tour de force. On a few of Accepts earlier albums, I felt that Wolf’s guitar was a bit low in the mix. Not here, the guitar soars and really elevates the album.

This is a bit of an underrated classic, one which Udo called ‘a very good Accept album’.

I go beyond that and say its great and definitely my favourite Accept album – only thing to make it better would be to include the following bonus tracks:
Losers & Winners (Awesome riffing, awesome bass rumble!)
Princess of the Dawn (Still can’t beat that guitar riff)
Fast as a Shark (’nuff said!). But hey, I’m just being greedy now!!!

5.0 out of 5 stars Accept with Udo,
This album rocks! How do I describe Accept’s sound with words? Udo is the original and Accept brings it with this album. If you like Accept, you’ll definitely want to add this album to your collection.

5.0 out of 5 stars accept objectiom overruled
this a great album by great a band. this is the best metal of the 80s.

5.0 out of 5 stars fantasic,
fantastic album, one of their best from the 90’s, very underrated, i have yet to hear guitarist as good as wolf hoffman 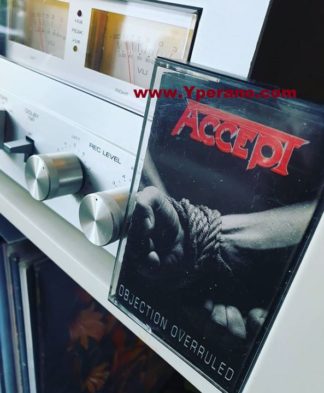