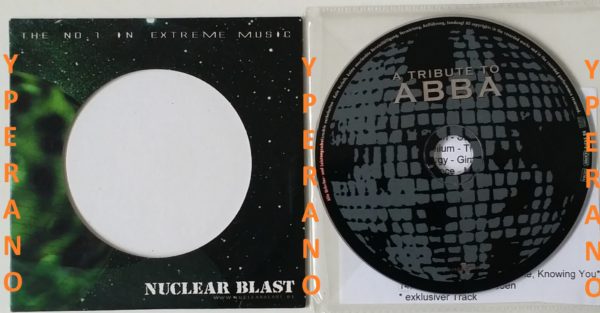 A Tribute to ABBA is a tribute album of ABBA songs played by a variety of heavy metal and hard rock bands, released on 2 April 2001 by German record label Nuclear Blast. The compilation was also released in Japan under the title ABBAMetal: A Tribute To ABBA. 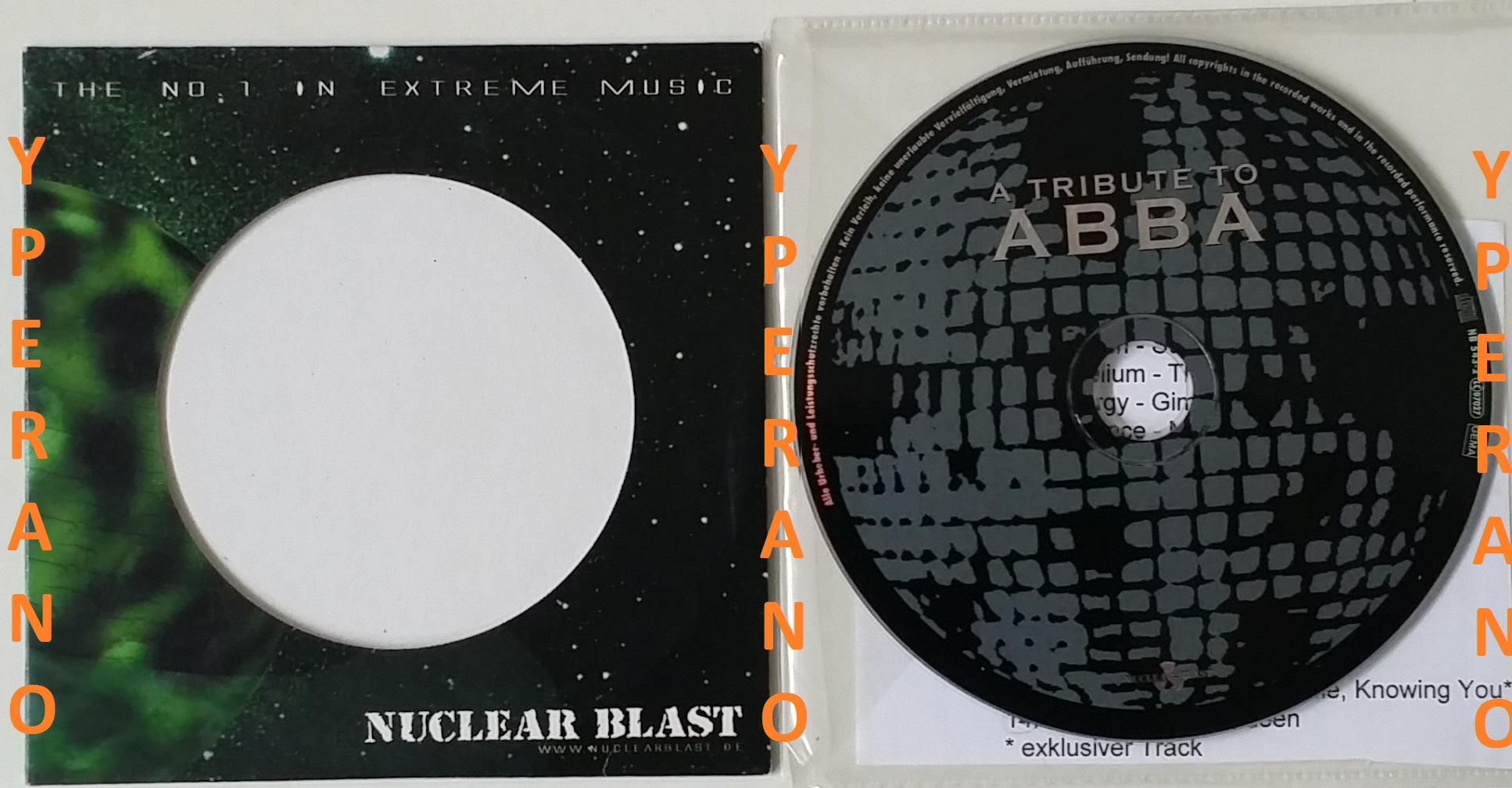 If you talk about the biggest Pop band in history of music you have to talk about the genius ABBA, there is no doubt about it. Songs like Waterloo, Money ,Money, S.O.S, Voulez vouz or Chiquitita are well know, even if you are a Metal freak! Normally its not cool to like ABBA if you are a die hard Metal freak, but everybody does. And there are more and more bands from this genre which now had their outing being a fan of the Swedish fab four. Gene Simmons of Kiss for example is one of the biggest fan of Agnetha, Björn, Benny and Annafried. There were a lot of cover tunes of ABBA in the pop scene ’til today, but here you have a compilation of metal bands who are proud to be fan of them and their versions of these classics are really awesome. Bands like Therion, Metalium, Sinergy, Rough Silk, Morgana Lefay (now Lefay), Tad Morose or Paradox are well know in the metal scene. Listen to it and you’ll hear that a good song always is a good song, no matter which style hes played.

A Metal tribute to ABBA hasn’t been there, at least as far as I know, and contrary to many comparable albums this one really makes sense, because the Swedish quartet has created some true classics and even more, because versions here almost without exception are great!

The opener already sounds more like THERION than ABBA (it also is the only track that I don’t know, maybe its because of that), and comes over very good. After that METALIUM are metalising “Thank You For The Music” and I have to admit that the crossing into the e-guitar-part sounded very strange in the beginning, the rhythm doesn’t seem to fit, but that is just, as I said, in the beginning. The next one is “Gimme Gimme Gimme (A Man After Midnight)” by SINERGY and at first (and also second) listen Kimberleys voice sounded really off and too loud, so I almost had written off the track, but after several rotations the song unfolds and especially the guitars are brilliant on this one!

The first song that already had been released prior to this CD is AT VANCEs “Money, Money, Money”, very good, before one of my absolute favourite cover-versions is on the line: “Voulez-vous” by MORGANA LEFAY. I already had loved it on the “Past Present Future” and its still brilliant, shredding guitars, thundering double-bass, ABBA never sounded better 😉 And the German Thrashers of PARADOX are following suit with their rendition of “S.O.S.” in best Thrash-rhythm they are crashing through the song, great!

ROUGH SILKs version of “Take A Chance On Me” is a mixture between their typical bombast, a little electronics (that even I cannot put down on the negative side) and as additional support a female vocalist, very nice! Not too much my cup of tea is SPIRAL TOWERs “Chiquitita”, which closer to the quite calm original, but that might very well be, because I don’t really like the original song. Together with “Voulez-vous” one of the very first ABBA-cover-versions had been “Eagle” by SARGANT FURY. Very energetic and powerful, brilliantly executed in their Melodic Metal-sound, still one of the best covers ever!

FLOWING TEARS compute “One Of Us” into an emotional Gothic Metal-piece with nice female vox, before NATION offer us a swinging “Waterloo” and the Power Metallers of CUSTARD do their “Super Trouper” with surprisingly little pathos, I’d have hoped for some more choirs…

So, two more left, first of all a brilliant version of “Knowing Me, Knowing You”, courtesy of Bollnäs’ own TAD MOROSE, in their unmistakable, slightly doomy Power Metal, once more ennobled by Urban Breeds great voice. And a pretty weird Punk Rock-version of “Dancing Queen” by GLOW is very amusing.
I can only say that “A Tribute To ABBA” is one of the quite rare occasions in which I can absolutely recommend a tribute-sampler, check out the versions of AT VANCE, MORGANA LEFAY, PARADOX, SARGANT FURE and TAD MOROSE!