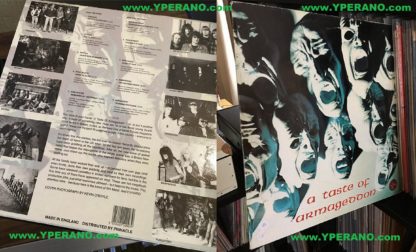 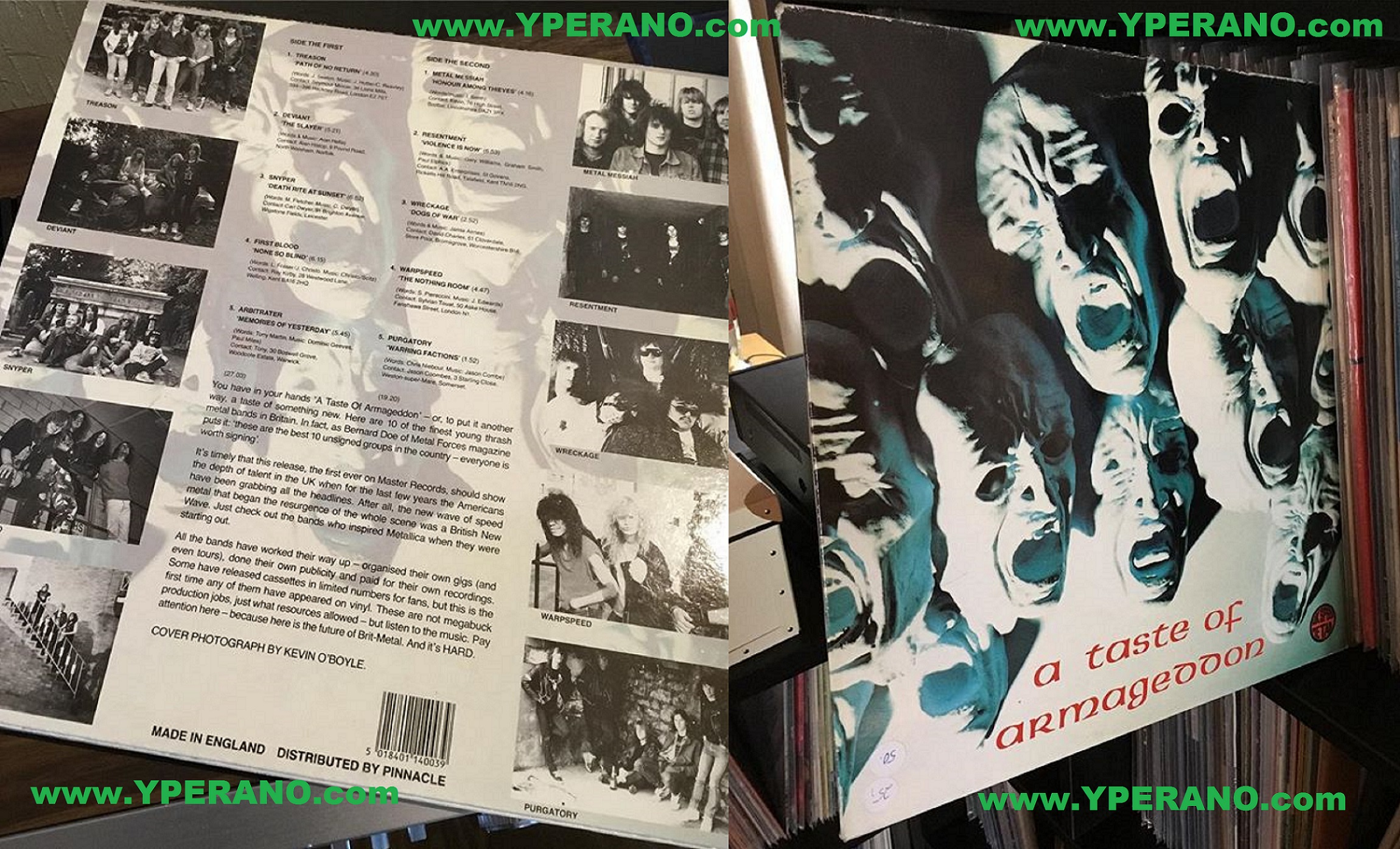 1. TREASON – Path Of No Return
Good, energic midpace Thrash. A bit generic but enjoyable.
2. DEVIANT – The Slayer
Classy, riff-oriented Power-Thrash you’d usually hear coming from the other side of the Atlantic.
3. SNYPER – Death Rite At Sunset
One of the UKs best kept Thrash-secrets. Grunting & mean Thrash that may not have been the tightest ever, but they still managed to be both catchy and original.
4. FIRST BLOOD – None So Blind
Hairy, workin’ mans Thrash-Metal. Sounds a bit like DEATHWISH or SNYPER but with more breaks so of course its good.
5. ARBITRATER – Memories Of Yesterday
Melodic Speed Metal, a tad more slick than the previous couple of contenders. Nice one. “the intro to this reminds me of Accept for some reason, the song itself reminds me of Helloween”.

1. METAL MESSIAH – Honour Among Thieves
Together with TREASONs mighty rare 12″ the only band on here that later came to release a vinyl of their own. Tight & well-produced Thrash sounding like ATHROPY or a more polished DEATHWISH.
2. RESENTMENT – Violence Is Now
More talented Thrash with lots of breaks & stuff a lá the Bay-Area lot.
3. WRECKAGE – Dogs Of War
Wow! Out of nowhere a bombardier with a pure gem of 1st class Heavy Metal. A ridiculously catchy Metal Anthem with Conklin-style vocals and fantastic leads. Someone dig up the dirt on these guys asap!
4. WARPSPEED – The Nothing Room
weird-paced tune.
5. PURGATORY – Warring Factions
Anthrax-style thrash-light.
www.amazon.co.uk/gp/product/B00HWSGHF0/ref=dm_ws_sp_tlw_trk1

Metal Messiah – Honour Among Thieves from a recent gig…Lawnmower Deth, Gama Bomb, Virus and Metal Messiah at the Pitz in Milton Keynes.

The Resentment track ‘Violence Is Now’ as featured on the ‘A Taste Of Armageddon’ compilation. This particular track however is taken from their ‘Friends Of Insanity’ demo (1989): 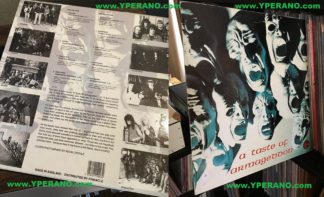