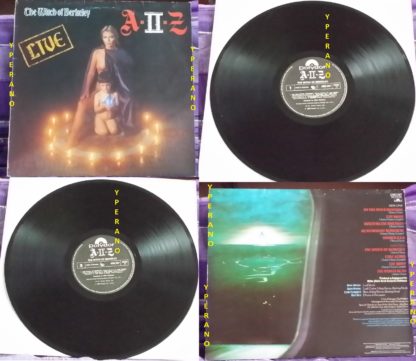 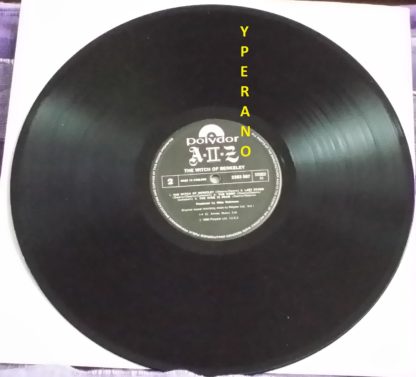 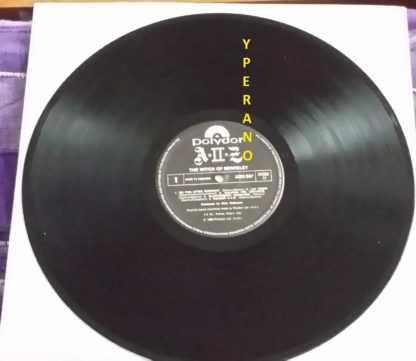 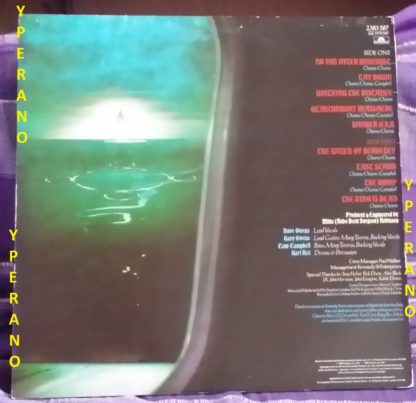 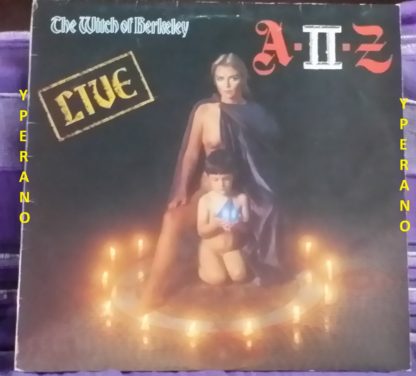 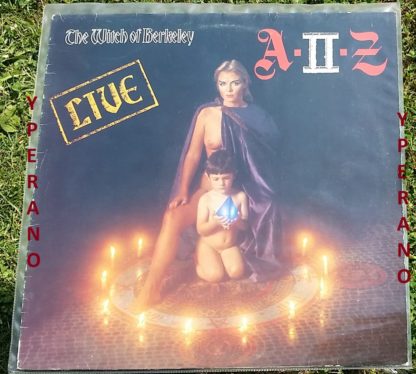 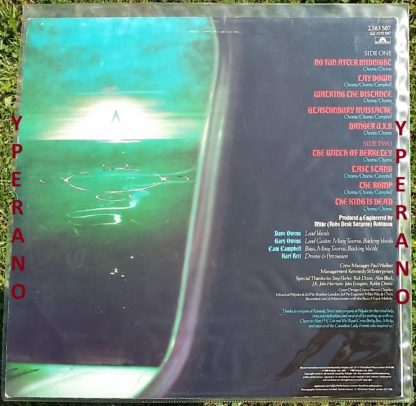 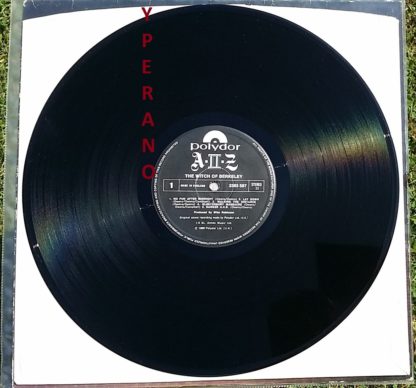 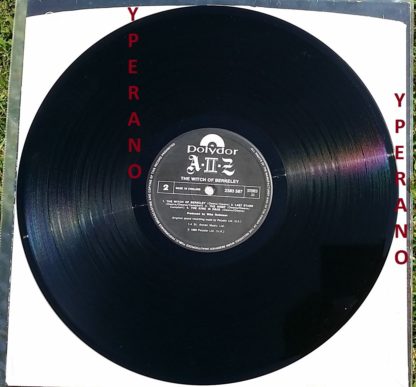 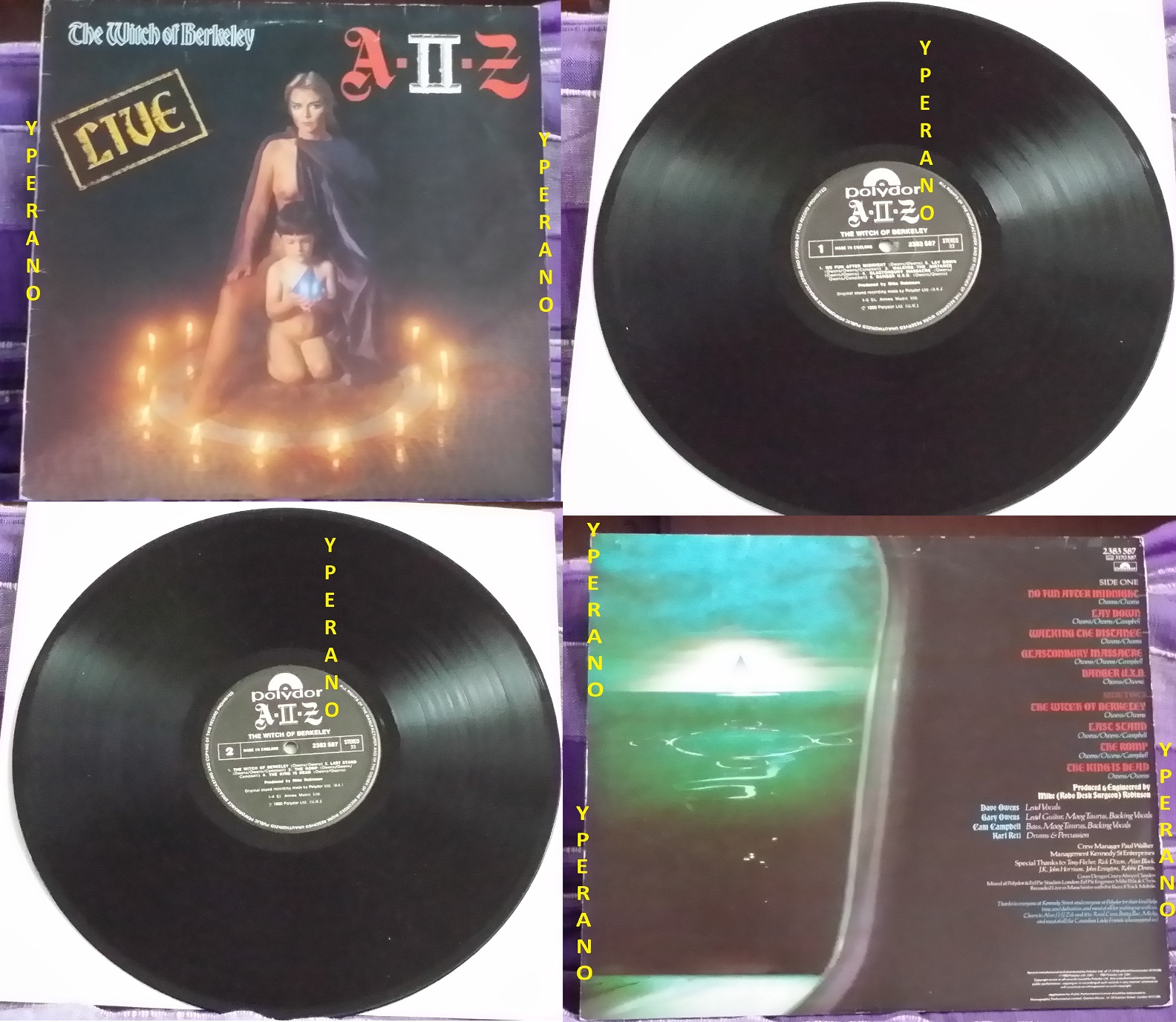 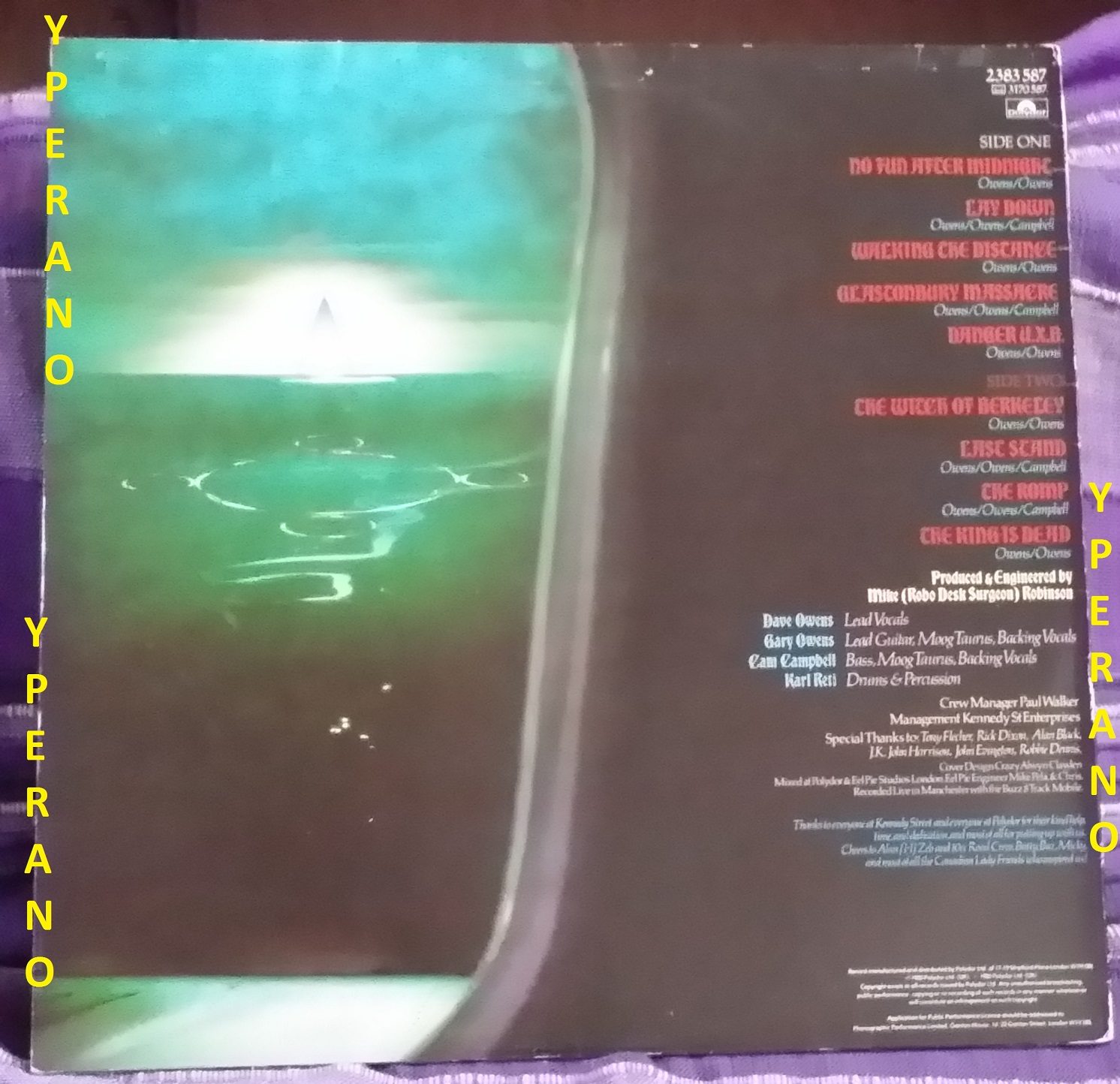 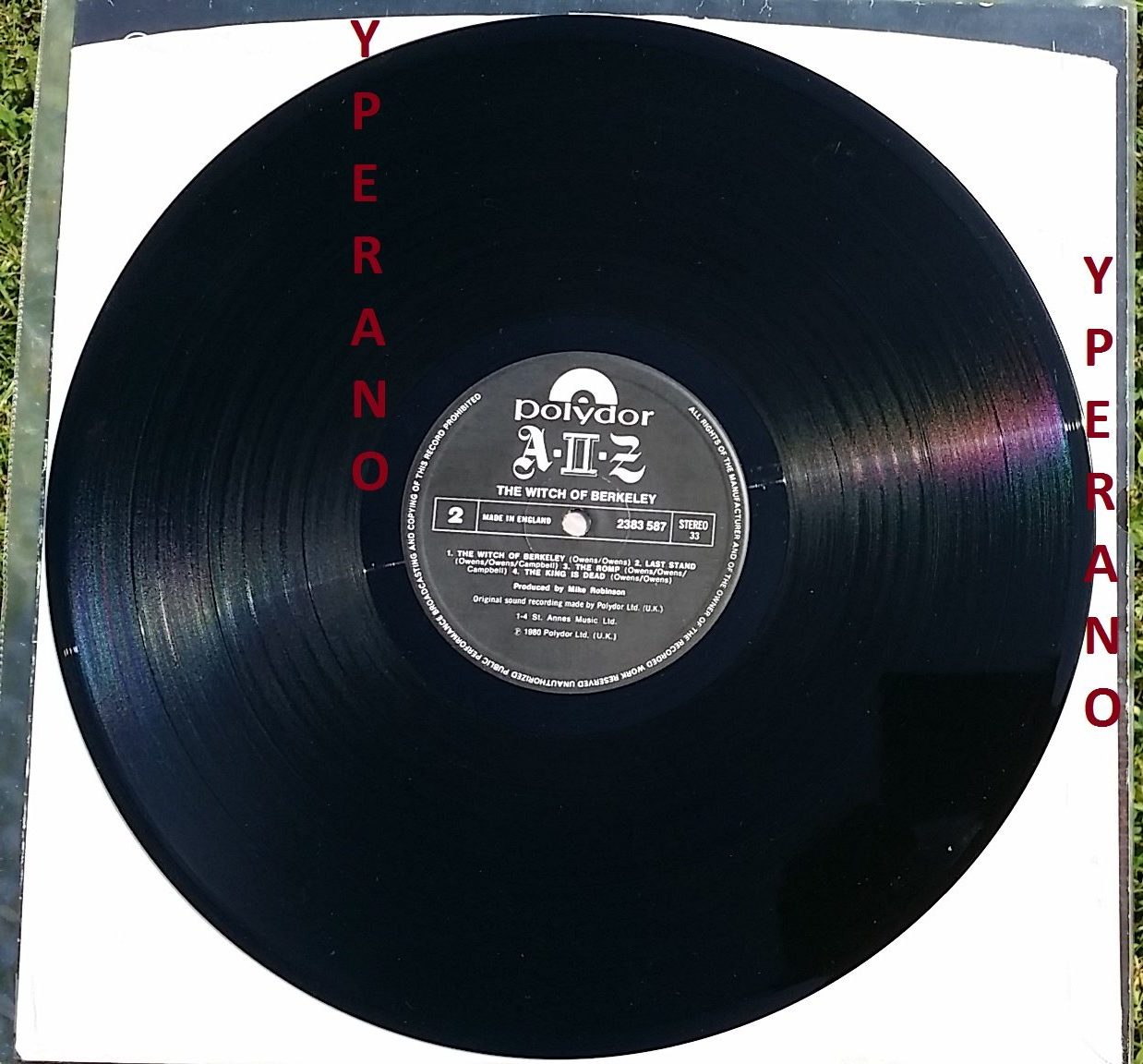 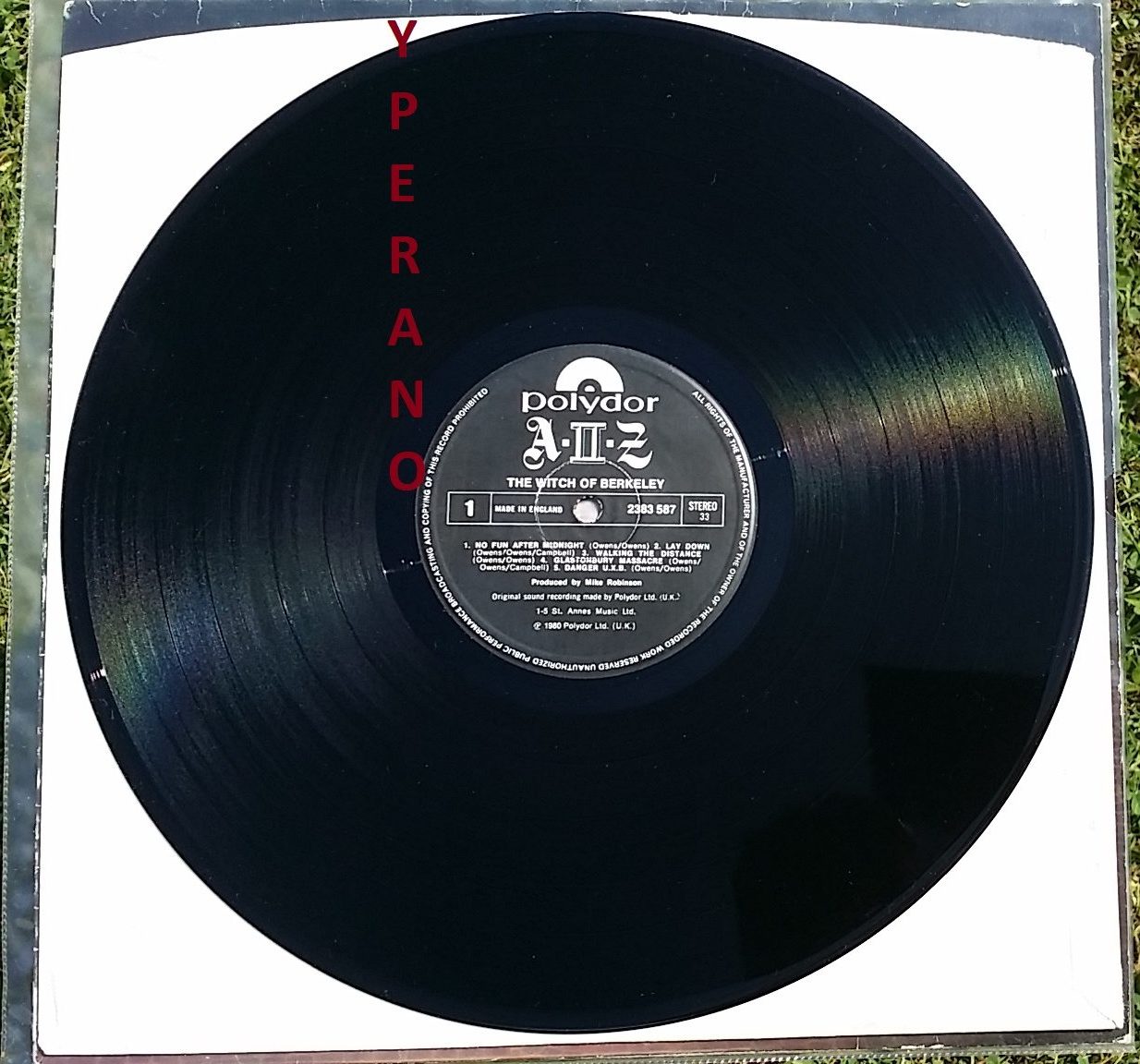 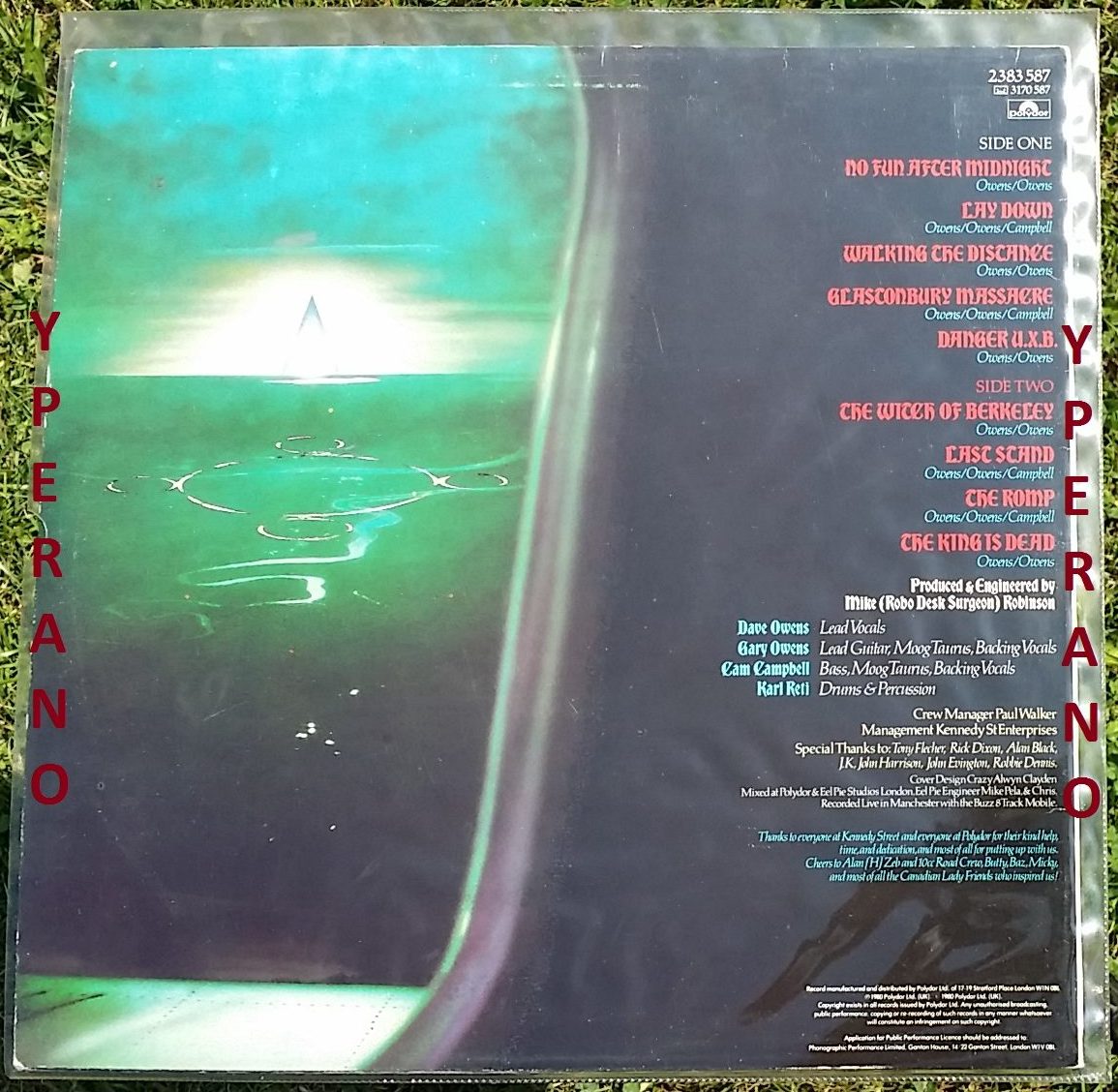 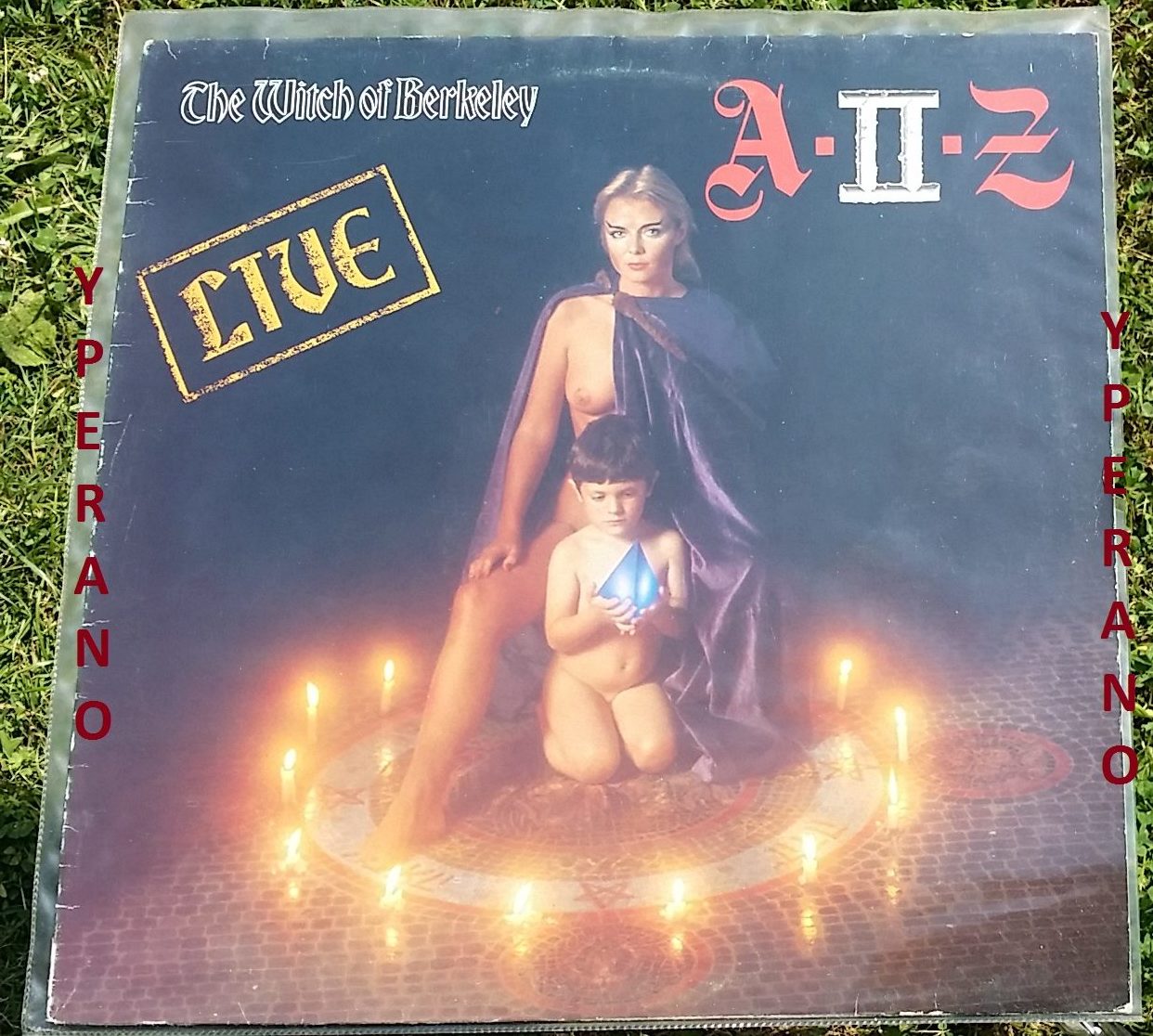 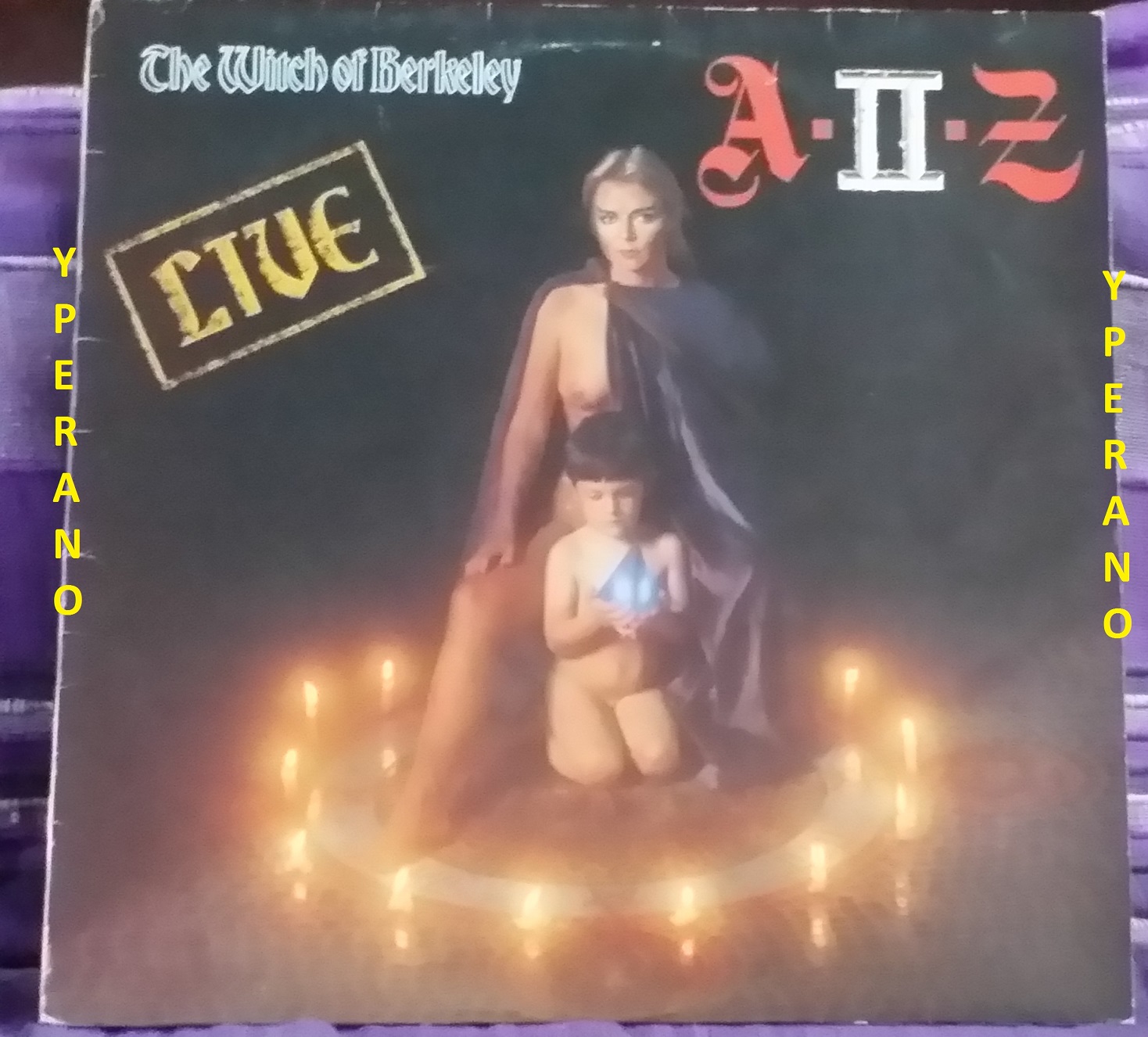 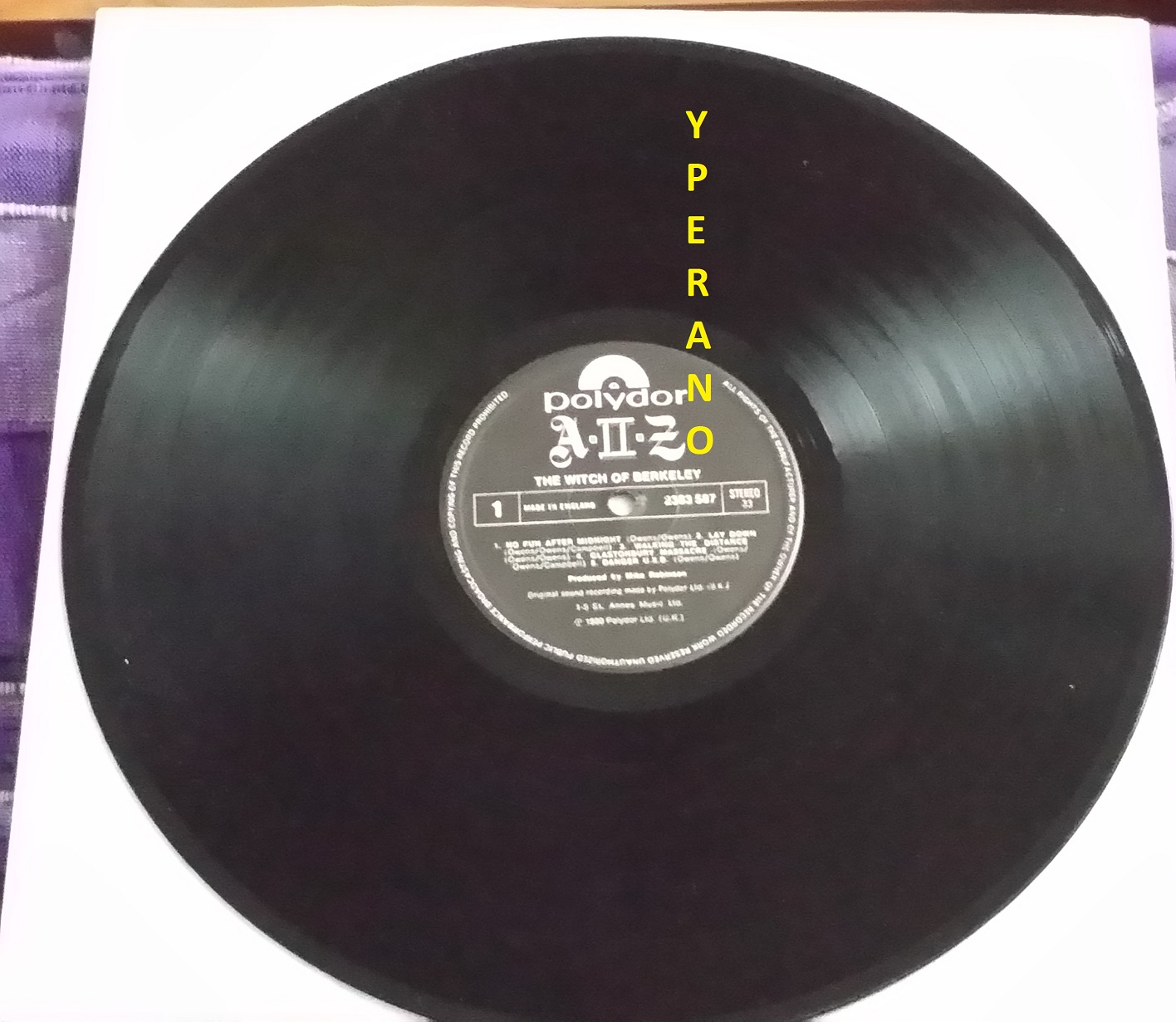 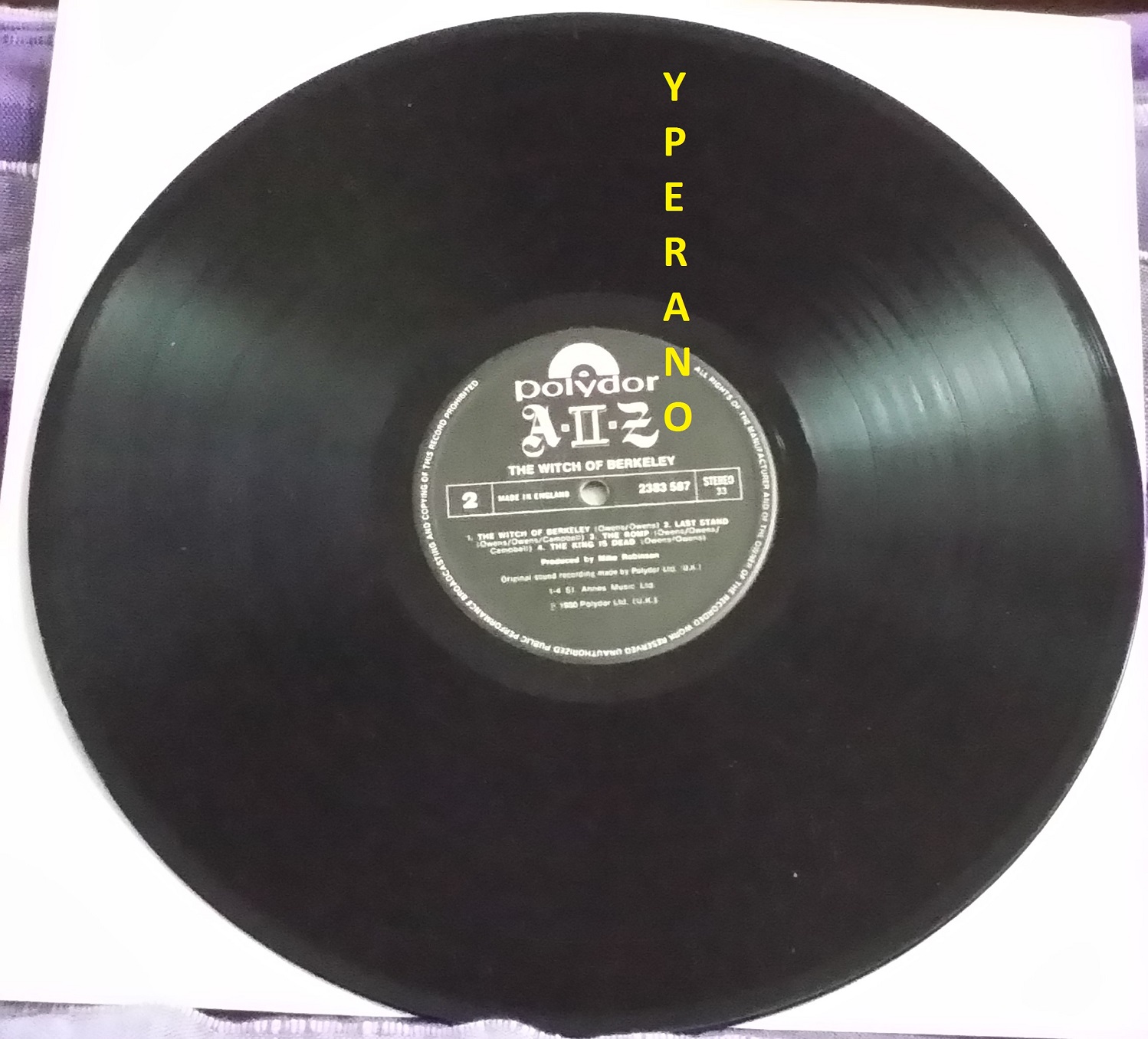 Manchester A II Z (named after street-finder atlases) were the beneficiaries of fortuitous timing, being formed by brothers Dave (vocals) and Gary Owens (guitar), Cam Campbell (bass), and Karl Reti (drums), just in time (late 1979) to be swept up by the initial, deafening hubbub surrounding the New Wave of British Heavy Metal. Immediately signed by major label Polydor, the group, whose style bore resemblances to Motorhead, Sweet Savage and Weapon, recorded their 1980 debut album named The Witch of Berkeley, live at a hometown gig (actually the hall of Hazel Grove High School), then were sent out on the road in support of Girlschool and Black Sabbath. Neither of these experiences aided record sales, however, and following releases for Polydor 1981 “”No Fun After Midnight”” EP and “”I’m the One Who Loves You””, were dropped. Internal dissension had also taken root by this time and the Owens had in fact dispensed with their original rhythm section to work with new bassist Tony Backhouse and drummer Simon Wright (future AC/DC) on that final single. But the quartet new and more commercial AOR direction failed to bear fruit and by the middle of 1982, A II Z dissolved. Guitarist Gary Owens joined the similarly ill-fated NWOBHM band; Tytan.

I treasure this gem of New Wave Of British Heavy Metal.
First of all as you start this album you will hear that this is a live album, yes that s correct a live one as a debut album!
The band plays a great show and you can hear that the crowd is enjoying it. It starts of with ˜No Fun After Midnight which is a nice corker! Then it moves to Lay Down, Walking The Distance unto the great piece called Glastonbury Massacre which is a instrumental. Here you can hear that the band is working together! Guitar playing is great. Great solo. Nice one! Then we move on to Danger UXB and then to the namesake of the album. Both are great songs! After this we come to my 2 favorites of mine : ˜Last Stand and ˜The Romp. The latter one is a great play along with the audience. The regular track list ends with ˜The King Is Dead which is a nice ending.
Well worth to acquire, no let me rephrase it. It is an essential buy for anyone who loves Metal and certainly for those who want to get into NWOBHM.
Have fun buying this one!!

If you’re a fan of this genre and don’t have this, I definitely recommend it

A II Z of Early ’80 British Heavy Metal,
A II Z got signed to Polydor Records in 1980 as part of the New Wave of British Heavy Metal. They took the unusual step of making their first album a live one! All things considered it turned out very well and was as an impressive a debut as one could have hoped for.

They were then put under the production guidance of Andy Scott who had spent many years as the guitarist in Sweet and what followed were two excellent singles, one of which was a re-recorded studio version of “”No Fun After Midnight”” a powerhouse rocker which sounded amazing, especially in the 12″” [Red Vinyl] format which Polydor lavished upon it. 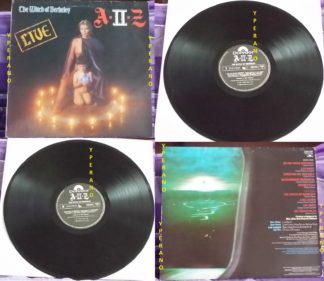