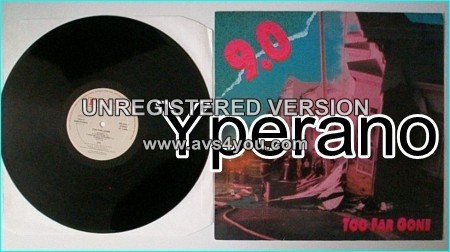 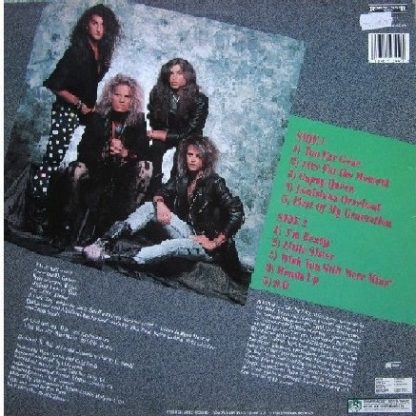 Labels:
Made in Holland
All songs published by Varney Metal Music/Roadster Music B.V.

Check a rock ballad that is beyond excellent: 9.0 – Wish You Still Were Mine:

You can definitely hear the Paul Gilbert influence in Craig Small work. Best compares to Mr. Big. Recommended!
—————————————————
5.0 out of 5 stars Hard Rock Bliss,
9.0 is made up of Ex Cacophony/Le Mans Singer Peter Marrino, Ex Arcade Bassist Michael Andrews, Ex David Lee Roth Drummer Ray Luzier and Guitarist Craig Small who was obviously influenced by Eddie Van Halen/Paul Gilbert. This was originally released on the Roadrunner Label and is very hard to find. It is a classic by a very solid band that sounds very close to Van Halen the David Lee Roth Years. I like Peter Marrino voice. If you like Van Halen, Hair Metal with a little AOR mixed in, you should get this if you can find it.

Too Far Gone features guitar-laden metal from guitarist Craig Small and even a guitar solo on one song (9.0) by Shrapnel Records owner Mike Varney. Another underrated mainstream rock album from the Shrapnel label sees former Le Mans/Cacophony singer team up with Paul Gilbert inspired guitarist Craig Small for a very Skid Row influenced record. The songs all have a commercial tinge, the title track is pretty bombastic and in your face, whilst ‘First Of My Generation’ explodes on all cylinders and is perhaps the albums best song. The band come up with lots of interesting songs with plenty of musical diversity like on ‘Little Sister’ and the ballad ‘Wish You Still Were Mine’, sometimes the album can get a little bit samey and could use a more forceful guitar presence from Small, but had the band stayed together to fully realise their potential and record further albums then they could have flourished into something really special. Check this album out if you can as is serves up a neat collection of commercial rockers that won’t disappoint. 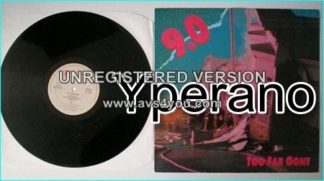