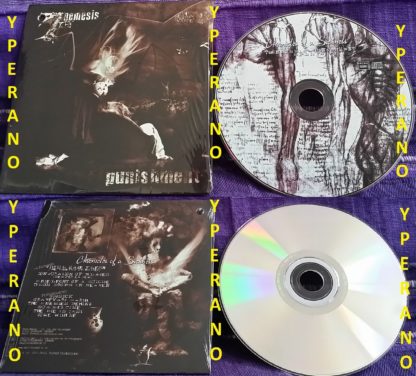 7th Nemesis starts this split CD with violence and full speed in “”Vitriol Made Flesh””. The band?s music is Death Metal with a lot of technical skill. Every riff played sounds huge here and the good thing about the band is that they are really creative with the riffs add some classical metal influences and variation on each twisted riff.. the musicianship of this guys is really good and that is evident in the multiple changes and variations that their music has. Punishment on the other hand sound more primitive (the mix is not as good as the one of the 7th Nemesis part) yet they have some elements in their death metal that made their music quite characteristic witha lot of identity. The vocals are guttural and add sort of an extreme brutal death feeling despite the fact the band is more complex. Interesting tempo and rhythm changes and some interesting thrash metal influence too . This is a heavier than hell split and one of the split CDs of the year.

TH NEMESIS is a young French band who was born to create Brutal Death Metal with some 70’s influences. What already sets the band apart from others of the same genre is their odd concept. “The quintet’s objective was then to create a first cycle that would take the form of a tetralogy composed by 4 praxis: Violence, Chaos, Reification and finally Existence. The first praxis, “Violentia Imperatrix Mundi”, hinges on the 9 principles of the enemy”. I won’t even start to try to understand what the hell all that means but at least the band has an intriguing concept to say the least.

Musically 7TH NEMESIS are Brutal Death Metal in its purest form. Heavy and brutal with a minimum amount of melodies. The songs roll on and are crushing on their own right. Their said 70’s influences are nowhere to be found in the first three tracks, it’s all brutality. “Blood Drops In Heaven” then is a very odd track when juxtaposed with the other three. It starts out very mellow with a bit of church choir which quickly gives way to some spacy guitars and vocals. There’s a strong Eastern influence here combined with the Prog-like composition. The whole thing really amazed me considering that the three first tracks are not too original Death Metal. Then, before the four-minute mark the song turns into the same Brutal Death Metal as the other three before it. So, even though the first three are your average Brutal Death Metal (a bit better though) the last track really left a good taste in my mouth and I’d like to see more of the same kind from this band.

PUNISHMENT from Austria is a bit older band then, formed in 1997. The band’s line-up changes are really hard to keep track of for there’s been quite many of them. I think the only original members are Peter (guitars) and Andi (vocals). Anyway it’s been a tough ride for them and this split is their first official release, so to say.

PUNISHMENT plays Death Metal a bit less brutal as the other band but just as sick. Nearly all the songs have a good drive. The compositions are varied, with break-downs and galloping parts and even a few solos can be detected. Compared to 7TH NEMESIS PUNISHMENT offers a lot more melodies and a bit more groovier Death Metal. They also show more variation than the first band (if we exclude “Blood Drops In Heaven”). “Godsick” is a very groovy Death Metal track, “Bullet Time” is just goddamn fast and heavy and “The Die Is Cast” reminds me of the majestic Death Metal of AMON AMARTH. The last track then is a bit in the vein of CARCASS’ “Swansong” album’s Death Rock.

Overall PUNISHMENT left a clearly better impression on me. Now I’m not saying 7TH NEMESIS were bad, but they were left in the shadow even though “Blood Drops In Heaven” is a brilliant track. None of the two were really original sounding but whereas 7TH NEMESIS seemed to be carved from the same wood PUNISHMENT was a very good collage of different influences.

As for the rating I’m not sure how I should go about this. 7TH NEMESIS was decent, but the last track raised the overall rating a bit so that it grew from 6.5 to 7. And 7 is not good enough for PUNISHMENT as I’d happily give them an 8 or even 8.5 for they were really that good (how come no label has noticed these guys???). Alright, I’ll settle for eight, thanks to PUNISHMENT. 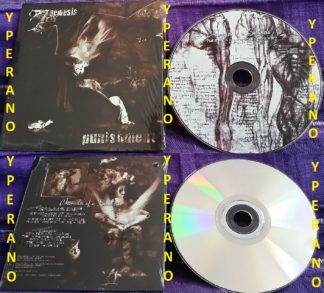