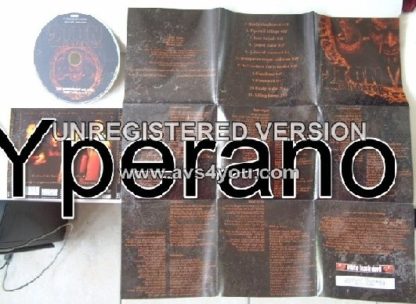 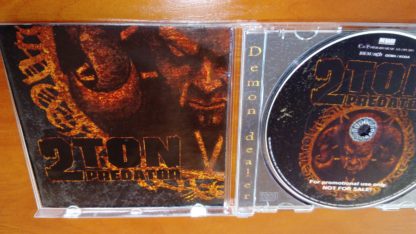 When one thinks of Sweden in terms of their prevalence to heavy metal, the death metal scene instantly comes to mind. Whether you’re discussing Gothenburg or otherwise, thats what most people decipher when the words “Sweden” and “metal” are in the same sentence. 2 Ton Predator defies that notion, instead running off American post-thrash meets this recent rising of “not quite, but maybe” thrash bands over the last few years. With a name like 2 Ton Predator, your band is going to be either kick ass or incredibly corny, luckily for these Swedes its more of the former.

I’ve only heard snippets of their two previous albums in “In Shallow Waters” and “Boogie,” and both sounded like blatant Pantera worship. Alot of that still persists here, but we have newer and more improved techniques thrown in for an overall better listen. If I absolutely had to throw in comparisons for this kind of metal, I’d probably suggest something like The Haunted. This comes as a little unusual, as I enjoyed “Demon Dealer” but I’m not really that fond of The Haunted. Goes to show how good I am at comparisons when we’re discussing this style of metal.

One improvement over “Boogie,” aside from the obvious Pantera copy and paste, is the production. Here, each instrument stands out well enough but this isn’t overproduced. Thank Tue Madsen for this, as he was behind the controls for this album. Yet “Demon Dealer” suffers from the exact same problem alot of bands do today, especially those who pick ‘n choose the styles of post-thrash, a little melo-death, and a smidgeon of thrash. The key problem is that while this album no doubt sounds hostile, it also sounds restrained. Its like watching a Bengal tiger in a cage at the zoo. Its interesting and even incredible at times, but you’re never concerned the tiger will jump out and maul you to pieces. Exactly the problem with “Demon Dealer.” Its a common issue amongst many bands today (and since the early 90s) and it leaves much to be desired as one remembers “Schizophrenia” that literally whipped you up into a massive whirlwind and ripped you apart with “From the Past Comes the Storm.” While primitive, its aggression reached out and bitch slapped you senseless, something “Demon Dealer” never does.

Aside from that problem, which I’m pretty much used to by now (but I’m not excusing it in anyway) most of these songs carry some power to them. Its certainly more entertaining that the half-hearted Southern groove this band did before, which caused me to fall asleep by song three. Instead, powerhouses like “Slowly Slaughtered” and “Pipeyard Killings” are full steam ahead with a bit of thrash thrown in. Notice I said “a bit.” Don’t buy this and expect Death Angel or Torture Squad, you will be sorely disappointed. If you come here for thrash metal and don’t know who those bands are, leave now and enlighten yourself.

The title track is also a ripper, one of the very best on the album. “Transparent Venom Addiction” and “Killing Flames” are also great, some of the best metal in this style I’ve heard in a while. It definitely throws a little likening towards bands like The Haunted, maybe In Flames, and a little Soilwork (as in their earlier material.) Whatever band(s) they were taking influence from, 2 Ton Predator did it very well. Being a metal band in the modern age, its only natural they would lose ideas as the album came to a close. Nothing about “Henchmen” or “Hammered” are bad, but like some of the other songs here they run together. The fact that “Mogge” doesn’t switch up his vocal style only adds to this problem. He isn’t as nerve racking as some, but isn’t anything overly special, either.

To fans of any of the bands I’ve mentioned here, “Demon Dealer” might be worth a peek. The problem with that is the accessibility of this album. Not accessibility in terms of “getting into” the album but actually finding it. I have yet to find a proper copy of this album despite looking for it casually at various music retailers. I understand these guys are pretty hard to find here in the States, so finding them online might be an option. In terms of buying ideas for the quality presented, I’d suggest looking for this about $10-11. Its not bad or even mediocre, and even though it sounds contained it comes out a few notches above most things The Haunted or Soilwork have done. Nothing essential, but a nice addition to fans of the more melodic death/thrash/groove hybrids.

5.0 out of 5 stars Heavy Shredding!!,
These guys are so friggin’ heavy my ears bleed everytime I listen to the disc. They have the typcial shredding Euro thrash riffs, but they inject almost a Southern groove which really makes them stand out from others. I’d say these guys are poised to be the next Super Power in the realm of Thrash metal! 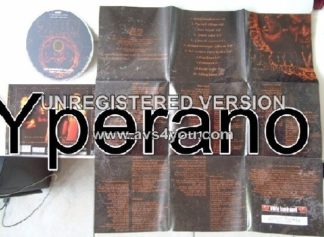