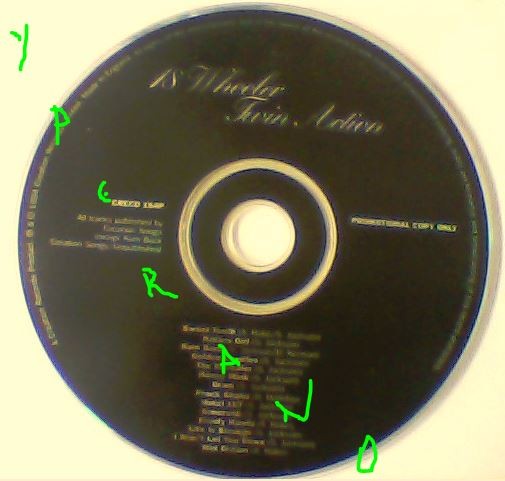 18 Wheeler play a kind of sophisticated pop – diverse and gentle. Most songs sound delicately brittle: “Golden Candles” is a sort of wedding march with the frilly interlude in the middle. But there is some rockers too, not aggressive but just nice fast, rhythmic songs “Kum Back”, “The Revealer” and especially “Prock Shake”. “Frosty Hands” is even some kind of art reggae boasting advanced musical theme and nostalgic vocals. So Twin Action is a very attractive album.

5.0 out of 5 stars Great pop album
If you like pop music that sounds like Teenage Fanclub and the Beach Boys mixed together you should try this one. I was not expecting much when I bought this CD but I was surprised by how much I liked it. Very similar to Teenage Fanclub. Should have received more attention at the time. Very cool stuff.